New Yorker Writer: ‘Rational Thought’ Is On the Rise, and That’s Bad News For Conservatives 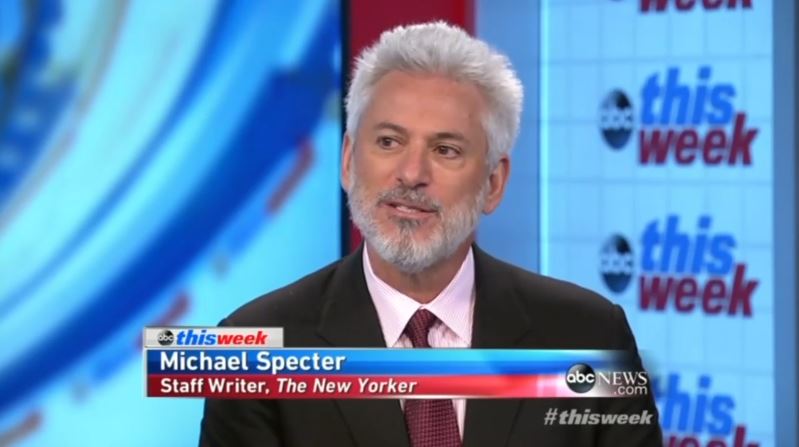 Pope Francis’s encyclical on climate change. Last week’s Supreme Court decisions on Obamacare and same-sex marriage. California’s new mandatory-vaccination law. What all these have in common, according to New Yorker staff writer Michael Specter, isn’t merely that they’re correct, but that they’re manifestations of “rational thought.”

Three of those events, of course, were highly unpopular on the right (the vaccination issue is less ideologically clearcut) so it’s fair to say that Specter also sees them as defeats for the conservative movement, though he opines that the SCOTUS is “governed largely by conservatives” and that the pope certainly has some right-wing tendencies (“in many areas,” Specter snipes, Francis “adheres to tenth-century notions of justice”).

I cannot help wondering if these developments…suggest that rational thought might be making a bit of a desperately needed comeback.

I know—America is still a country in which a racist gunman can wander into a church, listen to a Bible-study meeting, then pull out a gun and begin to murder people. And that happened just one city away from where, earlier this year, a white police officer was videotaped shooting an unarmed black man in the back…But it is at least a relief to see that politicians throughout the South, shamed by the shootings, have begun to take down the Confederate flag…

All these decisions should have been reflexive, because they are all so obviously right…[T]he Pope, who in many areas adheres to tenth-century notions of justice, is far more insightful and humane about the inevitable impact of climate change than the current leadership of the United States Congress.

As James M. Inhofe, the chairman of the Senate Environment and Public Works Committee, so subtly put it, “Let the Pope stay with his job and we will stay with our job.” But it’s hard to invoke morality and religion in opposing abortion, as Inhofe and so many of his colleagues do, and then tell the Pope that he ought to leave science to the scientists…

Much to the consternation of nearly all [the Republican presidential] candidates, gay life has been transformed in the decades since [HIV] started killing thousands and then tens of thousands of men…It was an epidemic of death, but also one of hatred...Gay activists, like Larry Kramer, first struggled for their medical rights, then for their basic human rights—then, seemingly impossibly, for their right to unite legally with whomever they chose. Last week…the Supreme Court of the United States, governed largely by conservatives, agreed that they have that right.

If it took the AIDS epidemic to help alter American attitudes toward gay men and lesbians, and a measles outbreak earlier this year at Disneyland to make legislators see the power of vaccines, maybe it’s not too much to hope that one day soon even the most hidebound among us will begin to acknowledge how climate change will affect us all.

The Pope, of all people, has taken a giant stride in the right direction—the rational direction. Who knows? Maybe Jeb Bush or Scott Walker will be next.