Vox’s Matthew Yglesias: ‘It's Time for the Media to Admit That Hillary Clinton Is Popular’ 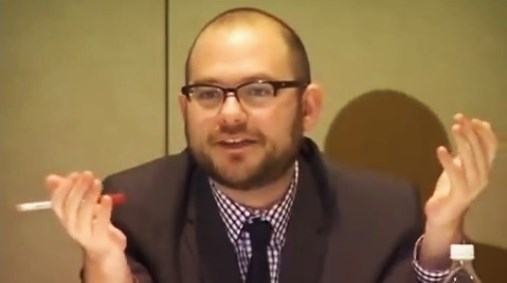 The mainstream media don’t like Hillary Clinton, contends Matthew Yglesias of Vox, nor does she “care to hide her disdain” for them. Conservatives don’t have to choose a side (talk about strange bedfellows either way) but Yglesias related in a Monday post that in this conflict, he’s partial to Hillary.

Yglesias claimed that “the press hates to admit…good news” about HRC, such as her edge in polls over her prospective Republican opponents. That said, anti-Hillary media bias may not hinder her candidacy, since “Clinton's disdain for the press is largely shared by the public, which does not think journalists are credible or contribute to society's well-being.”

All in all, concluded Yglesias, the forecast for Hillary’s presidential hopes is sunny and warm: “Clinton's brand of cautious center-left politics and her genuine passion for trying to bring people together and make deals more-or-less reflects what the public wants from a politician.”

From Yglesias’s piece, headlined “‘It's Time For the Media to Admit That Hillary Clinton Is Popular” (bolding added):

Quinnipiac is out with a new poll that confirms something the national media is [reluctant] to admit and essentially never surfaces in their coverage of one of the most-covered people in the world today: Hillary Clinton is the most popular politician in America.

It would be genuinely silly to think that her early leads in general election polling tell us anything interesting about what will happen in November 2016. But they tell us a lot about how people feel in May 2015, and the way they feel is pretty good about Hillary Clinton.

But the press hates to admit this. For Clinton, good news is never just good news. Instead it's an opportunity to remind the public about the media's negative narratives about Clinton and then to muse on the fact that her ratings somehow manage to hold up despite these narratives.

…[A]mong journalists, Clinton is one of the least popular politicians. She is not forthcoming or entertaining with the press. She doesn't offer good quotes. She doesn't like journalists, respect what we do, or care to hide her disdain for the media. She feels that the right-wing press has tried to destroy her for decades, that the mainstream press got played like a cheap fiddle by the conservative press, and that even the liberal press was overwhelmingly hostile to her during her 2008 campaign…

Journalists are obviously free to dislike politicians who are uncooperative with the press, and to celebrate those who embrace a more freewheeling media-friendly style. But reporters all-too-often confused the conventional wisdom of the journo-pack with the opinions of actual voters.

The reality is that Clinton's disdain for the press is largely shared by the public, which does not think journalists are credible or contribute to society's well-being.

…[M]ost of the "bad" narratives about both Clintons that exist in the media are essentially self-centered. From an impeachment grounded in Bill's effort to keep an extra-marital affair out of the newspapers to a scandal about an email server designed to keep the contents of Hillary's messages out of the newspapers, the Clintons have continually run afoul of the press' fervent desire to know everything.

But few regular people evaluate public figures on the basis of their level of cooperation with media inquiries. Clinton's brand of cautious center-left politics and her genuine passion for trying to bring people together and make deals more-or-less reflects what the public wants from a politician.