After the U.S. Environmental Protection Agency issued a draft report on Thursday declaring that, in his own words, "The government has no public safety justification to ban" hyrdraulic fracturing, or fracking, Houston Chronicle business writer Chris Tomlinson falsely claimed that the industry believes it "needs no regulation."

Tomlinson formerly toiled at the Associated Press, and it shows. One of his low points there was hypocritically taking James O'Keefe to task for "editing" his videos, even though the Project Veritas founder routinely posts accompanying raw footage, something those in the far more heavily-edited mainstream press where Tomlinson works rarely do. In the current instance, he accused the American Petroleum Institute of making an argument that anyone who read the first sentence of its press release would know it didn't make. 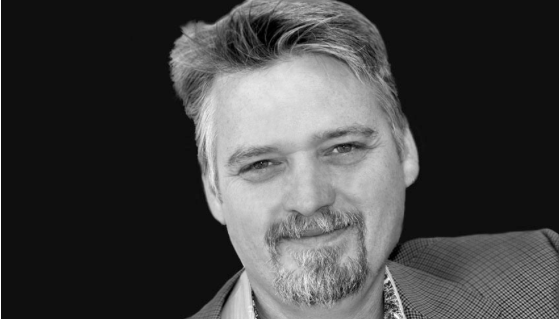 Yet on Thursday, environmental groups like Clean Water Action and industry advocates like the American Petroleum Institute screamed from the rooftops about how the EPA report either demonstrates why fracking should be banned or shows why the industry needs no regulation.

What the EPA report actually tells us is that hydraulic fracturing should continue, but the government should ensure that operators adopt the necessary safeguards to protect groundwater.

Though its press release didn't come out and say it, Tomlinson is correct that Clean Water Action wants fracking completley banned:

Clean Water Action is working to ban hydraulic fracturing (fracking), the treatment and dumping of fracking waste in our waters, and the transport of shale gas through sensitive areas. Fracking depletes water supplies, is not clean, and fracking waste contains carcinogenic and radioactive chemicals, such as arsenic, benzene, mercury, radium, diesel, and grease, that pose significant risk to human health and the environment.

But he's dead wrong about the American Petroleum Institute, as seen in its related press release:

A draft report by the Environmental Protection Agency (EPA) confirms that hydraulic fracturing has not led to widespread, systemic impacts on drinking water resources thanks to the safety and effectiveness of state and federal regulations, and current industry practices, said API.

“After more than five years and millions of dollars, the evidence gathered by EPA confirms what the agency has already acknowledged and what the oil and gas industry has known,” said API Upstream Group Director Erik Milito. “Hydraulic fracturing is being done safely under the strong environmental stewardship of state regulators and industry best practices.”

From 2009 to 2013, while the EPA was conducting this study, state agencies finalized an estimated 82 groundwater-related rules for oil and gas production, including hundreds of discrete rule changes, according to the Ground Water Protection Council.

“Continuous safety improvements have been an ongoing part of hydraulic fracturing for 65 years,” added Milito. “That process will continue, with our support, under the oversight of state regulators who are most familiar with their own area’s unique geology, hydrology, and other physical characteristics.

It's really no fun to have to state matters so strongly, but if Chris Tomlinson actually read the very first sentence of API's press release and has no convincing evidence from elsewhere supporting his claim that API wants "no regulation," he deliberately and indisputably lied to his readers about what the trade group was "screaming from the rooftops."

If Tomlinson didn't read the API's June 4 press release in preparing his June 5 "analysis," he shouldn't be a journalist, because he's not doing his job.

It appears that the Houston Chronicle writer and AP alum had a mission in mind before he sat down at his keyboard, namely to contend that both sides are equally instransigent. Assuming that's so, he forced that preconceived notion into his final two paragraphs even when the facts didn't fit:

Both organizations earn their donations by taking maximalist positions and generating unprovoked outrage at the EPA.

Apparently the old saying that you can't choose your own facts is dead and gone. Good public policy is what we lose as a result.

Considering what he apparently had to do to produce such a fundamentally flawed writeup, the irony in Tomlinson's final words is so thick you can cut it with a knife.