Ruby Cramer, "a political reporter for BuzzFeed News ... based in New York," was on the campaign trail with Hillary Clinton a couple of weeks ago in Hampton, New Hampshire.

Ms. Cramer was outraged at how "two actual everyday Americans" were "crushed" by the horde of reporters who attempted to ask Mrs. Clinton real questions. What Cramer reported the couple said during the course of the "press scrum" was more than a little suspicious. Gary and Lenore Patton may be very nice people, but the idea that they are "everyday Americans" trying to keep up with politics seemed absurd. They fooled Cramer, who in turn fooled longtime Clinton apparatchik Lanny Davis, who moaned about the press's "frenzy" in an awful column at the Hill I will address on Sunday.

To her credit, Cramer at least described the Pattons as "local activists, but that's as far as it goes:

Two Actual Everyday Americans Walk Into A Hillary Clinton Event ...
... and get crushed. The challenges of the “everyday” campaign.

When they heard Hillary Clinton would be here on Friday in Hampton — a small coastal town just south of the Maine border — Lenore and Gary Patton contacted the campaign. They wanted to lend a hand as volunteers.

The morning of the event — a roundtable discussion about small businesses at the locally owned Smuttynose Brewing Company — the Pattons arrived early, help set up, and secured the best spot in the house: front row, first two seats.

... Clinton aides emphasize — in every email, memo, and press release — that this campaign is about “everyday Americans.” But as a result of efforts to keep each gathering intimate — allowing Clinton to best “get the input of everyday Americans” — few Americans of that particular stripe actually end up in the room.

Clinton’s campaign functions are typically so small that there is barely an audience — just a handful of invited guests, often local Democratic officials.

... The roundtable in Hampton was Clinton’s largest yet. About 60 people came — including the Pattons, local activists who said they “fervently supported” Barack Obama in 2008 and now “fervently support” Clinton.

It got even more suspicious as Cramer's report progressed, describing the supposedly awful press onslaught:

... Cameras flashed wildly. Lenore was crunched. Gary had a tape recorder in his right ear, a television camera in his left, and microphones just overhead. They were inches from Clinton, with her “in the eye of the hurricane,” as Gary put it after watching her field questions on Iraq, her emails, and her image. (“Do you have a perception problem?”)

... “She has ideas for the direction of the country,” said Lenore. “She cares about the middle class. We’re about as middle class as you can get.”

“She’s so experienced, she’s so bright, and she’s so adroit,” her husband added. “And I came in here not necessarily feeling all of those things, but I go away thinking that we would be lucky to have her as the president, because she has so many attributes that you need.”

Oh for heaven's sake. If that doesn't sound rehearsed, I don't know what does.

In a complete non-surprise, the people Ruby Cramer claimed are "two actual everyday Americans" really are longime Democratic Party officials. It took about three minutes for me to determine that.

7-1/2 years ago, the Pattons were considered a "power couple" in New Hampshire Democratic Party politics, as reported in the New York Observer on December 6, 2007: 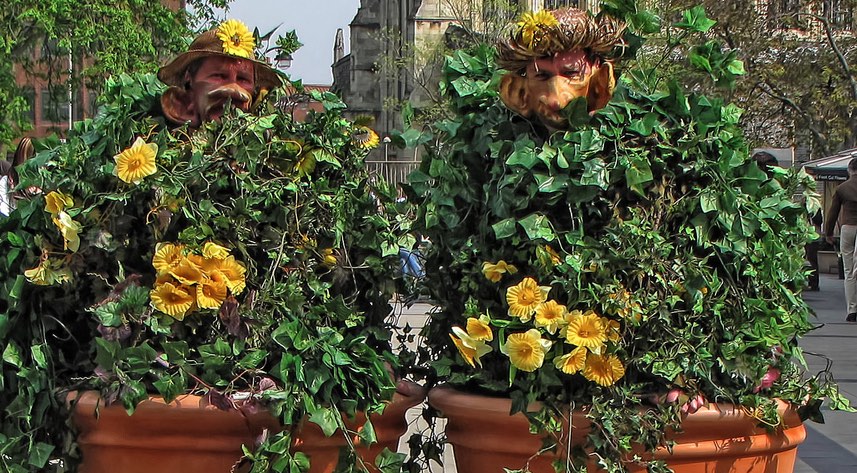 Not huge, but this is a good pick-up for Obama in NH:

Gary Patton, the Democratic municipal chairman in Hampton, New Hampshire and the husband of the Rockingham County Democratic chairwoman, had been grappling with a choice between Hillary Clinton—who has a long list of official endorsements in the area—and Barack Obama. He’s chosen Obama. Patton uses his column in the latest edition of a local newspaper, The Atlantic News, to explain his endorsement. He defends Hillary against suggestions that her personality is “unpleasant,” but then writes:

In my mind, however, a more serious charge can be leveled against Hillary Clinton—not only is she experienced, she is too experienced and partisan to change the long-standing, ingrained political warfare between Republicans and Democrats in Washington, D.C. Clinton has been part and parcel of that stalemate for many years. The impasse is reminiscent of the endless trench warfare of World War I, where despite repeated infantry assaults by both sides, the front lines barely moved. Clinton’s partisan political experiences and mind set could perpetuate the political deadlock of which the American public has long since tired.

In New Hampshire, it has been news just about anytime Hillary hasn’t won the endorsement of a party leader or elected official. One of her first acts as a candidate was to hire virtually the entire New Hampshire Democratic Party staff, hoping their personal and professional connections would compel other influential Democrats to sign on. Her campaign has also assigned high-level staffers to court desired endorsers. Patton’s Hampton, one of the state’s few coastal towns, has around 15,000 people—good-sized by New Hampshire standards. His wife, Lenore, previously endorsed Obama, but the Pattons have split in their endorsement decisions before.

So Greg Patton thought that Hillary was "too experienced" to be worthy of his endorsement during the 2008 campaign. But now she's "so experienced" with all of the things she accomplished as Secretary of State which no one can name that "we would be lucky to have her as the president." Lord have mercy.

And of course, the Pattons are still quite active in Democratic Party politics:

PORTSMOUTH – The Rockingham County Democrats met in caucus Monday, May 11 at the Exeter Inn in Exeter and elected their officers for the next two years. All those elected will attend the New Hampshire Democratic Party’s 2015 Midterm and 2016 State Convention.

... Results of the caucus are as follows:

Imagine that. The Pattons were plants, longtime and currently active Democrats posing as "two everyday Americans."

Is anything about Hillary Clinton's campaign real?

As noted, Ruby Cramer, who allowed herself to be fooled by the Pattons, in turn fooled Lanny Davis, who then went off the deep end. I'll get to that tomorrow. (UPDATE: Here it is.)