Minneapolis Star Tribune reporter Jackie Crosby's writeup on how "Minnesota has been losing residents to other states" since 2002, and that it's especially troubling because "young adults are leaving in the greatest numbers," contained an enormous blind spot.

The Gopher State, aka the Land of 10,000 Lakes, is also sardonically known as the Land of 10,000 Taxes by many residents, and with good reason. Yet the only time the word "tax" appeared was in a sentence discussing the need for "robust tax rolls."

Here are key paragraphs from Crosby's report (bolds and numbered tags are mine): 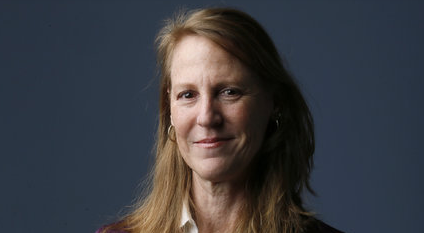 The state has lost residents every year since 2002, with young adults most eager to leave. About 9,300 18- to 24-year-olds move out annually, according to the Minnesota State Demographic Center.

That — combined with a declining birthrate and an aging population — has demographers and civic leaders sounding alarms.

Over the next 15 years, more Minnesotans will retire than in the past six decades combined, resulting in a labor shortage that is unprecedented since the end of World War II. By 2020, the state is forecast to have a shortage of more than 100,000 workers.

“Even if every single child born in this region and every single adult here today is fully trained up to their potential — and stays here — we still are far short of what we need,” Frosch said.

... Despite a diversified economy and low unemployment [1], and enough brew pubs, music venues and bike paths to be a hipster haven, Minnesota is losing young people. [2]

Each year, about 21,000 students ages 18 to 24 come to Minnesota to go to college or graduate school, but more than 29,000 leave. Because so many don’t return after graduating, Brower advocates finding “ways not to lose them in the first place.”

... Each year, 113,000 people leave Minnesota and go to another state, while about 101,000 move here from another state. Were it not for strong international migration, Minnesota’s overall population would be falling. [3]

Russell said Minnesota should also provide more and better opportunities for all workers, including the rich array of immigrants, who have already proved their entrepreneurial mettle. [4]

[1] — Let's look at that "low unemployment" situation. The 3.7 percent rate is indeed very low. But the state's workforce (employed and unemployed) has increased by only 48,000 in the past six years (Feb. 2009 to Feb. 2015, seasonally adjusted), while the state's population appears to have grown by about 260,000 from the 2009 level of 5.23 million to roughly 5.49 million now (adding about 30,000 to the official 2014 estimate of 5.46 million). It's hard to believe that retirements explain why the labor force increase is less than 20 percent (48,000 divided by 260,000) of the population increase. As has been the case in much of the rest of the country, many potential workers appear to have been forced to the sidelines, or are voluntarily staying on the sidelines.

[2] — Nothing against "brew pubs, music venues, and bike paths," but the idea that they are what keep even a large minority, let alone a majority, of young people engaged and loyal to their towns and states seems a bit exaggerated. Additionally, many of these developments and entertainment districts are heavily tax-funded and/or tax-subsidized, yet still very expensive to patronize.

[3] — An important question Crosby didn't address is how much of that "international migration" is legal, and how much isn't. We were reminded today that "Minnesota's community of Somali immigrants" has become a haven for "peer-to-peer" terrorist recruiting, as "six young men" were arrested for conspiring "to sneak into Syria and join ISIS." This reality presents two problems. First, too many Somali community members appear to have little interest in employment. Second, perhaps some current residents have become open to leaving Minnesota at least partially because they'd rather not live too close for comfort to a community which is breeding violent jihadists.

[4] — Immigrants who have become genuine entrepreneurs have proven their mettle. They question is whether the wave of immigrants into Minnesota during the past decade or so has demonstrated that same drive. There's reason to doubt that.

As to taxes, the Tax Foundation has rated Minnesota's business tax climate the 47th best, i.e., the fourth-worst in the U.S. Its 2014 Tax Freedom Day was April 22, the fifth-latest in the nation. It's difficult to see why Jackie Crosby didn't think that such a burdensome situation matters.