Over at American Thinker, Thomas Lifson caught a damning admission the New York Times made in a correction to a Thursday piece by Carl Hulse and Jeremy W. Peters. The correction blew apart their write-up's entire premise, namely that Israeli Prime Minister Benjamin Netanyahu was trying to make amends with congressional Democrats and having to explain why "the White House had been circumvented before he was invited to speak before Congress."

Trouble is, the White House hadn't been circumvented at all, as the correction clearly indicated (bold is mine): 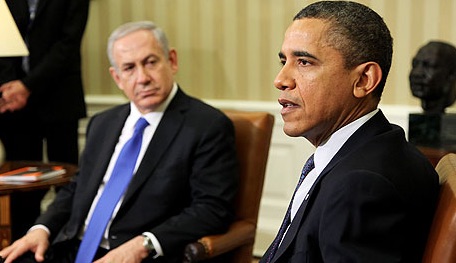 Correction: January 30, 2015
An earlier version of this article misstated when Prime Minister Benjamin Netanyahu of Israel accepted Speaker John A. Boehner’s invitation to address Congress. He accepted after the administration had been informed of the invitation, not before.

So Netanyahu didn't accept Boehner's invitation until after the White House had a chance to object. It is reasonable to infer that if the Obama administration had objected with sufficient strenuousness, Netanyahu might have chosen not to give his address. The pair of Times reporters did not give any evidence that the White House objected before Netanyahu accepted.

Lifson believes the Times is attempting to undermine Israel and Netanyahu in four steps:

Step One: Manufacture outrage against PM Netanyahu, Israel, Speaker Boehner, ands Republicans with an agit-prop exercise, falsely claiming that President Obama was not consulted before an invitation was issued and accepted for the Israeli leader to address Congress.

Step two: Quietly issue a correction that nobody but a few people notice. Leave the impression of the false story in the minds of most.

Step three: Use that false impression as an excuse to cut Israel out of the “peace plan” put forward by the administration.

... Step four (forthcoming): Pillory Israel for balking on a “pece plan” it had nothing to do with cre(a)ting, and which almost certainly will prove prejudicial to its survival.

Step three is premised on the idea that U.S. Secretary of State John Kerry is especially mad because Netanyahu's speech violates the "doctrine of no surprises."

Kerry's position, if he holds it, would be dumb, because as the Times correction showed, there was no surprise — unless the reason Kerry knew nothing is that no one in the White House informed him of Netanyahu's plans. That is what wouldn't be a surprise.

Unfortunately, what is also not a surprise is the New York Times's passive aggressive attempt to undermine Israel and to help the U.S. continue coddle Iran at the Jewish state's peril.