Dogfight: WashPost Google-Mocks All the GOP Candidates, No Democrats

Jeff Guo of The Washington Post began his article correctly: “Stop. This will be the most horrifying and pointless thing you read today.” One new technique on Google now is called “DeepDream,” to enhance and visualize all the strange associations that artificial-intelligence programs are making.

MRC’s Dan Gainor pointed out that the Post proved it’s a Democratic rag by taking this strange “stoner” imaging tool and applied it to all the Republican presidential candidates and posted it – and not a single Democrat was included for balance in silliness. So Bobby Jindal looks like a dog – and so does Chris Christie’s 18-year-old daughter Sarah.

It’s not hard to imagine liberals freaking out if a conservative news outlet played this game and Chelsea Clinton was a dog, or any African-American looked like an animal. But it’s hilarious for liberals because turnabout is always fair play. Here's the Jindal image: 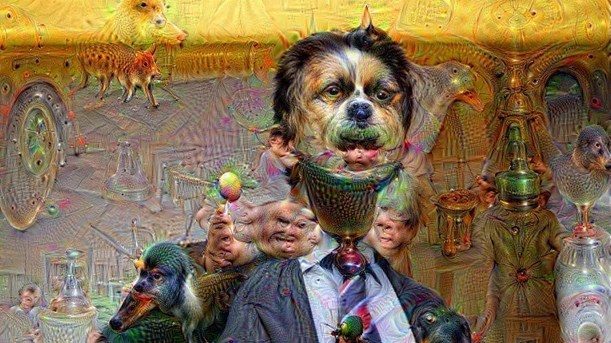 He worked in his political-religious jibes with other candidates:

One of Ted Cruz’s hands is a lizard. The other hand is a chicken. They are evolutionary cousins — but this is a touchy topic for Cruz, whose father once said that evolution is “one of the strongest tools of Marxism.”

Rand Paul has fluffy puppy hair, and the AI totally ratifies that. It also gave him a lizard mouth, and a shih-tzu-unicorn hand. On the subject of inter-species marriage, Paul once made a joke that gay marriage might one day lead to human-animal unions.

Then there was Christie and his daughter: 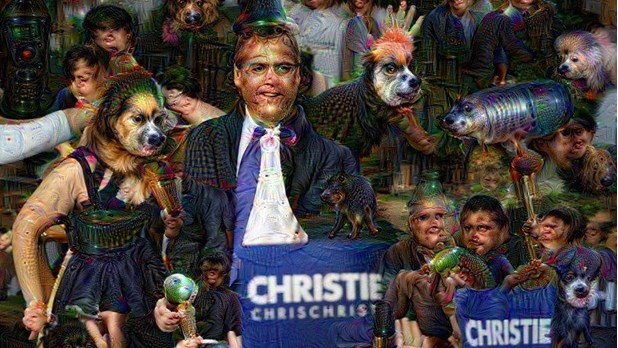 Under the Christie photo, Guo joked “Everyone has sprouted eyes like a sad potato, except for that lady who turned into a collie.” That would be Sarah Christie, now a student at Notre Dame. She  wasn’t the biggest fan of her dad running for president – and now you can see why.