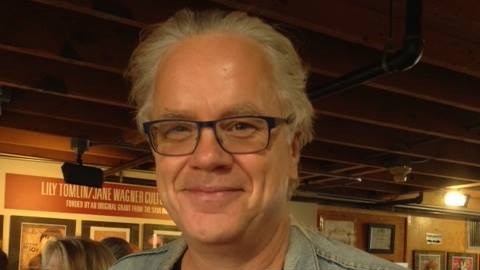 The Wall Street Journal editorial page had some fun with a leftist actor on Friday: “We’re about to do the meanest thing this newspaper could do to Tim Robbins: Agree with him.” It was titled "Tim Robbins, Capitalist Tool."

In a Los Angeles Times op-ed published on March 17, Robbins argued against an attempt by the actors union, the Actors’ Equity Association, to impose the minimum wage on small theaters – “and we’re with him all the way,” the Journal wrote.

At issue is the 99 Seat Theater Plan, which allows union members to work for modest stipends in small theater productions. Mr. Robbins, who calls himself a “proud member of Actors’ Equity,” says he opposes the minimum wage because these small theaters are not about making money. Actors volunteer for many reasons—an opportunity to do live theater, to take a part they might not otherwise get, maybe even to be discovered.

Robbins portrayed his position as a fight for the little guy—the unknowns going up against the union bigs in Actors’ Equity’s “new $7 million offices.” Between the lines he’s saying the mandated wages may be a death knell for some of these small theaters.

Perhaps Mr. Robbins will now give the same consideration to the little guys who lose their jobs in the rest of the economy when wages are set too high for the market. He might also learn to appreciate that even at profit-making companies people take low-wage jobs for many reasons: the retiree who works at McDonald’s to keep active, the college grad who takes an unpaid internship to gain experience, or the teenager who works at a bodega to get some spare cash.

Our congratulations nonetheless to Mr. Robbins for recognizing Bastiat’s law of unseen economic consequences, and we hope our endorsement doesn’t cause him too much discomfort with his friends at Occupy Wall Street.

As the Journal suggested, Robbins thinks this "minimum wage" business is a crock, but only in the world of actors:

And so they volunteer. According to California Labor Code Section 1720.4, Actors Equity cannot legally tell actors they cannot volunteer in service of something they believe in.

If Equity passes its proposal, it could, in effect, severely limit opportunities for hundreds of Los Angeles actors. It could force its own members to change their union status to “financial core” in order to continue to work on their craft in small theaters. Going “fi core” allows actors to accept any wage, but it removes them from many union protections. It's as if the musicians union were going to penalize its members for jamming or singing in a choir.

It's disingenuous to frame this as a fight for minimum wage. It's insulting to the history of labor struggles. No one is being exploited here. Ask the hundreds of actors who are appalled by this measure and are embarrassed and angry at the stubborn refusal of their union to acknowledge the reality of the Los Angeles theater scene.

Their opinions aren't being posted on Equity's website. They aren't manning the phone banks at Equity's new $7-million offices. Those are volunteers, working for a union that is trying to prevent its members from volunteering.....

Theater actors should be paid way above minimum wage. And governments should vigorously support the arts to make that happen, as should the private sector and the unions. But until that unicorn flies, we all have the right to volunteer our services and our talent if we choose.