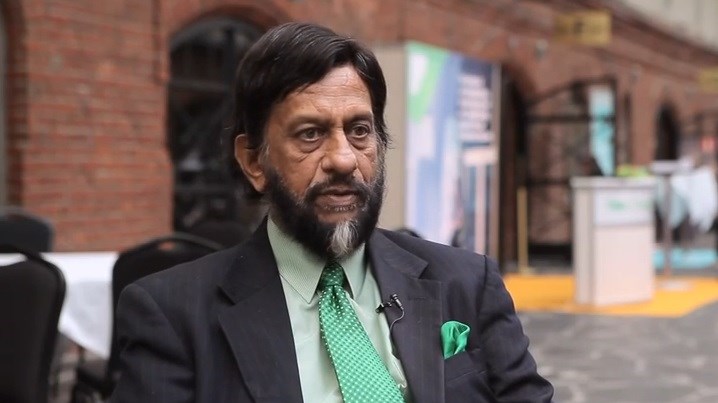 As Joseph Rossell noted earlier, Dr. Rajenda Pachauri, the scientist leading the fight against “climate change” at the United Nations, resigned after some sexual-harassment allegations surfaced against him in his home country of India, and the networks completely ignored it.

So it’s also obvious that they also ignored the shocking admission in Dr. Pachauri’s resignation letter: fighting against global warming, he said, was “my religion.”

"For me, the protection of planet Earth, the survival of all species and sustainability of our ecosystems is more than a mission. It is my religion and my dharma [the path of righteousness]."

Investors’ Business Daily explored this on its editorial page on Friday:

And all this time we were supposed to believe that global warming and climate change were about rigorous science. Pachauri's admission merely confirms what we have said for years. The zealots have concocted a warming religion .

This is an observation also made by Czech President Vaclav Klaus, who told a gathering at the Cato Institute in fall 2009 that all of environmentalism, not just the climate-change belief system, "is a religion."

University of Wisconsin law professor Ann Althouse made a similar remark a year later. "When everything is evidence of the thing you want to believe, it might be time to stop pretending you're all about science," she wrote in her blog.