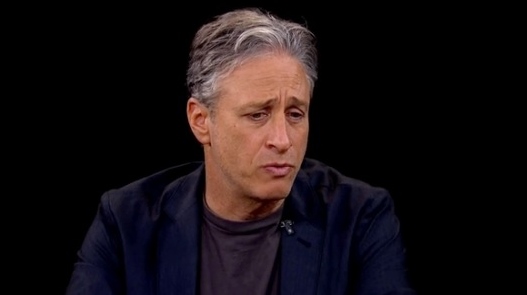 NPR’s All Things Considered was surprisingly honest on Wednesday night about Jon Stewart’s departure from The Daily Show. Stewart was credited for “influencing the way a generation of young people, especially liberals, view the news and politics.”

Correspondent Don Gonyea admitted the president of the College Democrats “sees Jon Stewart as being on her side” and cited research that shows Stewart’s audience is overwhelmingly liberal.

DON GONYEA: And while the show attracts a wide range of viewers, no audience has been more loyal than young people, who find in Jon Stewart an anchorman for their sensibilities. 23-year-old college senior Natasha McKenzie has this reaction to Stewart's departure.

NATASHA MCKENZIE: I was somewhat heartbroken. My entire newsfeed was full of statuses and tweets about his departure, and a lot of people were shocked.

GONYEA: McKenzie is the president of the College Democrats of America. She sees Jon Stewart as being on her side, skewering Republicans much more than Democrats and jabbing at the mainstream media. There was this from two nights ago as the controversy involving NBC News anchor Brian Williams grew.

JON STEWART (CLIP): Finally someone is being held to account for misleading America about the Iraq war.

For a soupcon of balance, Gonyea turned to GOP strategist Hogan Gidley – a Santorum staffer in the last cycle – who said he’s watched Stewart because “funny is funny.” Gonyea added Stewart “occasionally” mocks Obama and the Democrats.

He didn't turn to anyone who thought Stewart was unfunny, profane, unethical, and a general blight on the media and on politics. Someone, say, who would claim that NPR and its kind create "a parade of flatterers, sycophants, and every other synonym in the thesaurus for obsequious.” That's apparently too far beyond the pale to be a considered thing.