The Washington Post published a 2,223-word story on Thursday's front page on the college career of Scott Walker -- it ended abruptly without a graduation. One obvious question: when did the Post publish a long story on candidate Barack Obama’s undergraduate college years before he was elected in 2008? The answer: They didn’t.

Obama attended Occidental College in California for two years and earned his degree in the Ivy League at Columbia University in New York City. But that apparently wasn't considered newsworthy. 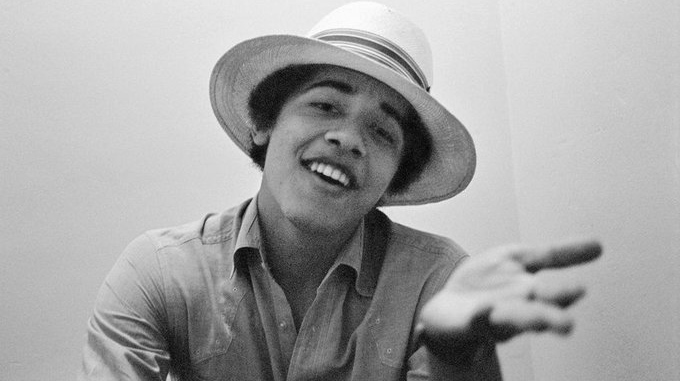 A Nexis search of Obama and “Occidental” found one mention in a Sunday Outlook piece in 2007 and one mention in 2008. On February 11, 2007, it came up in a Sunday Outlook section piece titled “A Rusty Toyota, a Mean Jump Shot, Good Ears.” Occidental’s basketball coach Mike Zinn was quoted as saying “Barry was the same in victory or defeat -- even-tempered. You could sense that the sport and competition were important, but once the season was over, it was time to focus again on academic issues.”

In 2008, it was a gushy story by Post reporter Kevin Merida on August 25, the first day of the Democratic convention. The headline was “A Place in Between; In a Nation Where Race Has Long Carried Polarizing Implications, the Mixed Parentage Of Barack Obama Opens a Bridge to Changes in Our Language -- and Thinking.”

But Merida – now the paper’s managing editor – didn’t do any reporting on Obama’s college years.  He merely quoted from Obama’s memoir.

In "Dreams From My Father," Obama poses the question that would hover over his post-adolescent life: "Where did I belong?" He was two years from graduation at Columbia University and felt "like a drunk coming out of a long, painful binge," he writes, with no idea what he was going to do with his future or even where he would live. He had put Hawaii in the rear-view mirror and could no longer imagine settling there. Africa? It was too late to claim his father's native land as his own.

"And if I had come to understand myself as a black American, and was understood as such, that understanding remained unanchored to place," Obama writes. "What I needed was a community, I realized, a community that cut deeper than the common despair that black friends and I shared when reading the latest crime statistics, or the high fives I might exchange on the a basketball court. A place where I could put down stakes and test my commitments."

In searching for a place to anchor, Obama transferred from Occidental College in Los Angeles to Columbia in New York, a period of his life that has not been well-examined. "I figured that if there weren't any more black students at Columbia than there were at Oxy, I'd at least be in the heart of a true city, with black neighborhoods in close proximity."

Obama writes that he was more like black students who had grown up in the suburbs, "kids whose parents had already paid the price of escape." Except he had not grown up in Compton or Watts, he points out, and had nothing to escape "except my own inner doubt."

The same thing happens when you search for Obama within 20 words of “Columbia University.”

On December 27, 2007, Merida glossed over it in a Jesse Jackson passage: “Obama was a recent graduate of Columbia University when Jackson launched his first campaign, and once told Jackson that he was inspired watching him on television debating Walter Mondale and Gary Hart. Now, Obama is trying to carve out a legacy of his own.”

There’s Merida in August of 2008, and then on October 17, 2008, there was a fleeting mention of Columbia, in an Eli Saslow story on Obama’s taste for solitude: “He had always guarded his space, once living in such seclusion as a student at Columbia University that when his mother visited his barren New York apartment, she chastised him for being ‘monklike.’”

After the election, there was more of the same on the editorial page on December 14, 2008 in a David Ignatius column:

Barack Obama wrote in "Dreams From My Father" of his days as a student at Occidental College, groping for his political identity: "We smoked cigarettes and wore leather jackets. At night, in the dorms, we discussed neocolonialism, Frantz Fanon, Eurocentrism and patriarchy."

Don’t you think the voters would have liked to know if young Obama was into terrorist-inspiring thinkers like Frantz Fanon and had a radical anti-Western problem with “Eurocentrism and patriarchy?” Ignatius thought exploring that passage is "silly." No one needs to know what Obama thought in 1981! (But the Post thinks you need to know Romney cut a kid's hair on the quad in 1965.)

PS: The Post had a little more interest in the “Harvard Law School” part of his resume, mostly as a sign of Obama’s belonging in the elite. Post political reporter Chris Cillizza explained an ad on June 26, 2007:

The longer ad is more strictly biographical, detailing Obama's work as a community organizer, his standout years at Harvard Law School and his eventual return to community organizing. Laurence Tribe, a Harvard law professor, says in the ad that Obama's decision to bypass wealth on Wall Street for a job organizing at the community level was "absolutely inspiring."

A Post reader could have found an account of Obama’s election as president of the Harvard Law Review in The Washington Post Magazine on August 12, 2007. Liza Mundy wrote about 1,000 words on this narrowly-focused event to explain how “it was at Harvard Law School that Obama's political skills -- and aspirations -- would emerge rather dramatically.” That's the only attempt at a view of Obama at law school.

More commonly, it's thrown around like currency. On December 14, 2007, there is Obama booster Kevin Merida, quoting from the memoir, as usual:

But it is also true that Obama, after his election as the first African American president of the Harvard Law Review, wrote a 442-page memoir, published in 1995, that deeply explores his father's absence. It is rich with dialogue, precise recollections and emotion-laden self-analysis. It concludes with several chapters about his visit to Kenya, where he meets siblings, aunts, uncles, his grandmother and his father's ex-wives, and he finally understands the turmoil that consumed his father's life. At the end of the book, Obama is sitting between the graves of his father and paternal grandfather, weeping.

Or Obama’s credential was used as a club. See Post columnist Steven Pearlstein on February 22, 2008:

We're talking here about a former president of the Harvard Law Review. Have you ever met the people who get into Harvard Law School? You might not choose them as friends or lovers or godparents to your children, but -- trust me on this -- there aren't many lightweights there. And Obama was chosen by all the other overachievers as top dog. Compared with the current leader of the free world, this guy is Albert Einstein.

After Harvard Law School, Obama could have pursued a career that involved contact only with hypereducated brainiacs like him. But by working as a community organizer and in state politics, he chose a life that put him among ordinary folk. The elitist label is ridiculous.