Nurse/CNN Commentator Insists Obamacare Is Essential, Like Your Seat Belts 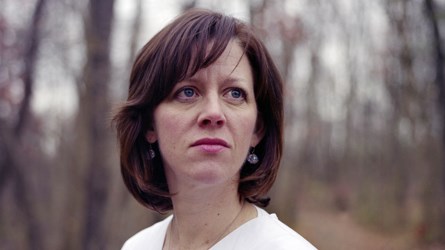 James Taranto at The Wall Street Journal singled out a CNN.com commentary by a nurse as Orwellian in its description that Obamacare isn’t government intervention, it merely compels us to stay healthy.

Journalist Steven Brill has written a new book about our dysfunctional system of health care and it’s getting a lot of attention. In America’s Bitter Pill: Money, Politics, Backroom Deals, and the Fight to Fix Our Broken Healthcare System, he describes the various struggles to implement the Affordable Care Act and dissects the ongoing opposition to the bill.

As a nurse, I’ve always supported the ACA as a way for more Americans to get needed health care. But many people, including many nurses, view Obamacare as a government intrusion into individual lives. I can see their point of view, but I believe it’s mistaken. The ACA does not allow government to interfere in our lives; it compels government to keep us as safe and healthy as possible.

Taranto offered a rebuttal: “That last sentence is a masterpiece of doublespeak. How in the world is it possible for the government to ‘keep us...safe and healthy’ without interfering in our lives?”

Brown also suggested that Obamacare is as necessary as seat belts in your car, and the cranky conservatives opposed that as unnecessary government intervention:

This is why I say we're focusing on the wrong thing -- on principles instead of lives. And I came to that conclusion by thinking back to my own father. A country boy from Osceola, Missouri, with the gumption to become a philosophy professor, my dad deeply resents "Fasten Seat Belt" lights in cars. "It's the government telling me how to drive!" was his common complaint.

And he's right. But it's also true that seat belts save lives when automobiles crash, and Americans have acclimated ourselves to wearing seat belts and acknowledging their value.

Obamacare then, may not effectively control health care costs in the long term, but the part of it that has made insurance newly affordable for millions of Americans is not an attempt to control people's lives, but to save them: a seat belt for travelers on our unbelievably expensive, miracle-delivering, health care highway.

Brown has at least one fan at CNN. Medical correspondent Elizabeth Cohen provided a blurb for her book Critical Care:  “A must read for anyone who wants to understand healthcare. This extraordinary book will open your eyes to the reality of nursing. If you or your loved one ends up in the hospital, you’ll wish you had someone like Nurse Brown at your side.”