The Washington Post celebrated the latest retirement announcement of longtime PBS omnipresence Bill Moyers (we'll believe it when he's gone for a year). The headline is "A crusader's quiet farewell." That's polite code for "declining in relevance."

Post media reporter Paul Farhi at least noted that Moyers retires as often as Cher, and that PBS and Moyers are tightly wound in the brand: "Except for stints in commercial broadcasting (CBS News from 1976 to 1986; NBC News briefly in the 1990s), Moyers has been the face of public television for almost as long as Big Bird."

Except when conservatives and Republicans discussed defunding or cutting funding of public broadcasting, the "objective" media focused on Big Bird and avoided any discussion of Moyers and the obnoxious leftist propaganda he makes. 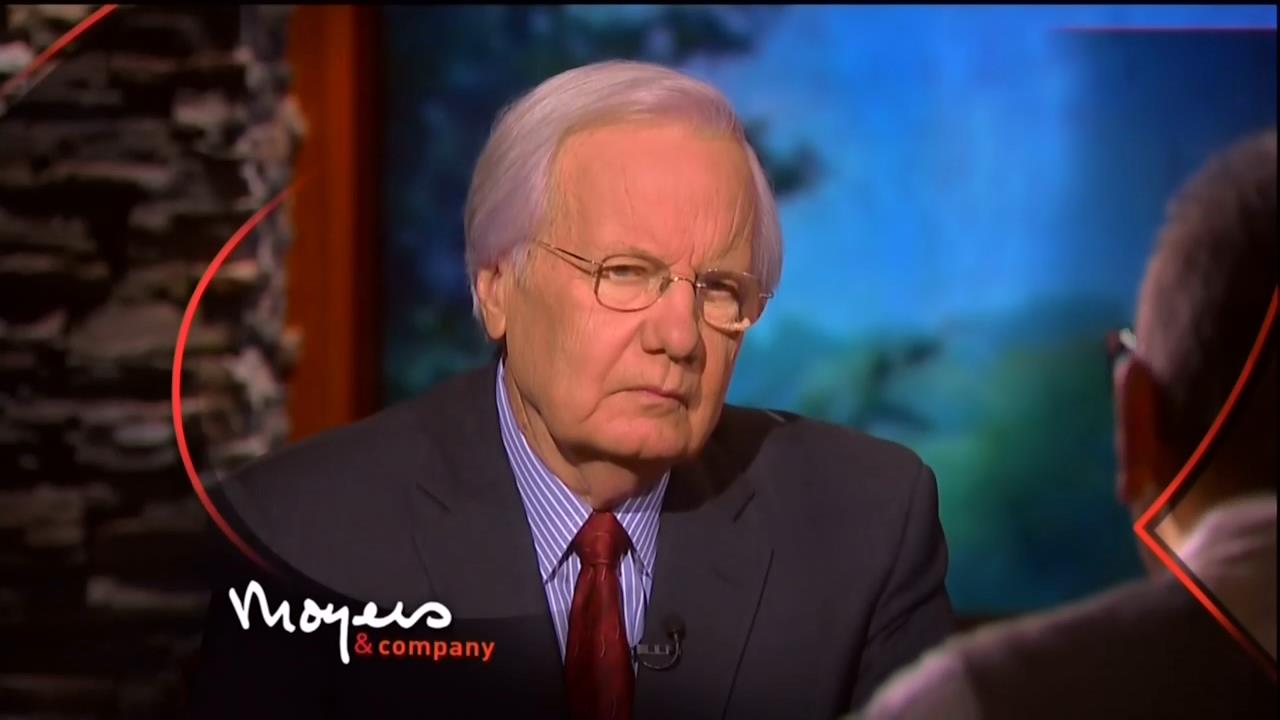 We at the Media Research Center have largely ignored his latest show Moyers & Co. because it was less prominent on the PBS schedule (in Washington, it airs on WETA on Sundays at 5:30 pm), and nothing ever changes in Moyers-land. Paul Bremmer reported for us in 2013 that Moyers supported jailing politicians who denied global warming, but worried there wasn't enough jail space for the required "mass arrests."

Pardon us if that doesn't sound like a Sesame Street skit about getting along. Farhi didn't sugar-coat the Moyers tilt, although he inspired snickers with the "alleged leftward bias" of the media as a whole:

Moyers himself has attracted as much controversy as awards. His unalloyed liberalism (“I find it very hard to have intelligent conversations with people on the right wing,” he once said) has made him, to conservatives, a living totem of the news media’s alleged leftward bias, and especially public broadcasting’s.

The efforts against Moyers were renewed in 2005 when the conservative chairman of the CPB, Kenneth Tomlinson, sought to demonstrate liberal bias at PBS. Tomlinson secretly commissioned a consultant to monitor the political views of guests on Now with Bill Moyers. He ultimately deemed the program “unbalanced” in its discussion of public affairs.

Moyers didn’t back down, firing back that Tomlinson was waging “a surreptitious and relentless campaign” against him, his program and public broadcasting. “I always knew Nixon would be back,” he said at the time. “I just didn’t know that this time he would ask to be chairman of the Corporation for Public Broadcasting.”

If Farhi had called us for comment, we would have joked that "There was no need to hire a consultant to find liberal bias on a Moyers show. It's like hiring a consultant to find grass on a golf course." What made it obnoxious was that the CPB is assigned the responsibility of monitoring public broadcasting for "objectivity and fairness," which it utterly and completely fails to do.

When Tomlinson died in May, I no doubt spewed cereal when reading Emily Langer’s WashPost obituary that he “at times controversially decried liberal bias in the media," which she thought was a very questionable concept. She added:  “Mr. Tomlinson became convinced that public broadcasting disproportionately represented liberal perspectives on political issues, a view that many conservatives shared despite insistence by reporters of their journalistic independence.”

Farhi suggested Moyers was too independent to be considered any help to the Democrats -- in other words, he was so radical he hated both parties:

In fact, Moyers, an ordained Baptist preacher, has often been an equal-opportunity scold, raining damnation upon both political parties and the mainstream media alike. 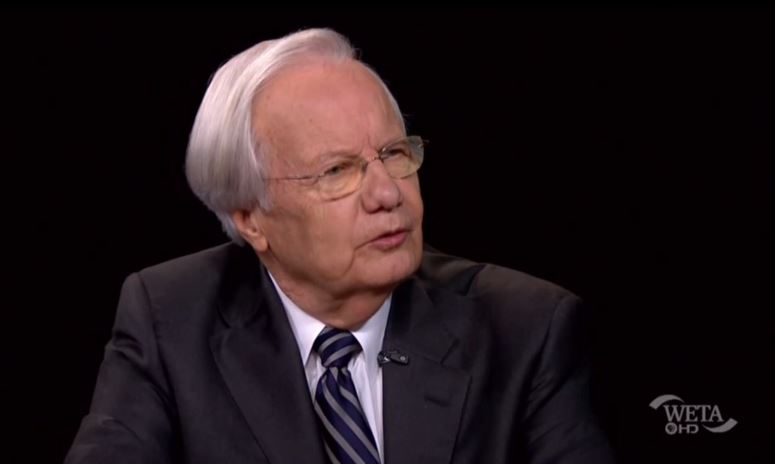 “One of our two major parties is dominated by extremists dedicated to destroying the social contract, and the other party has been so enfeebled by two decades of collaboration with the donor class it can offer only feeble resistance to the forces that are devastating everyday people,” he told the Progressive magazine in an interview in February. “Our economy is a plantation run for the aristocrats — the CEOs, hedge funds, private equity firms — while the field hands are left with the scraps.”

As if Moyers doesn't fit the word "extremist," what with jailing the global warming deniers? Farhi didn't dig into how many millions the defender of "everyday people" raked in from decades of PBS-related merchandising. That would be rude. But to his credit, Farhi noted that Moyers had conflict-of-interest issues when he approved huge grants for leftist journalism through the Schumann Foundation:

Moyers occasionally featured on his program some of the very organizations Schumann financed without disclosing the connection. In 2012, for example, “Moyers & Co.” devoted an entire episode to an interview with Heather McGhee, the Washington policy director of Demos, a campaign-finance and advocacy organization. Schumann gave $375,000 to Demos in 2012 and 2011, the last years public records are available.

Asked repeatedly about this, Moyers offered no response.

PBS -- once again a Fortress of Solitude when asked about their sleazy ethics.

The profile ended with Moyers bizarrely claiming that he's no more radical now than he was in his salad days with LBJ, helping run the Vietnam War:

At the very least, Moyers’s politics have been consistent throughout his long career. He may be retiring, but he waves off suggestions that he’s mellowing. Asked if by The Progressive last year if he had become even more liberal with time, Moyers said this: “I’ve lived long enough to see the triumph of zealots and absolutists, to watch money swallow politics, to witness the rise of the corporate state. I didn’t drift. I moved left just by standing still.”

"The triumph of zealots and absolutists" could be the PBS motto. It should go on the stationery.