Talking to white supremacists is apparently a much more scandalous offense than sex with a 15-year-old boy.  A liberal blogger found House Minority Whip Steve Scalise spoke to a David Duke-affiliated group in 2002, and The Washington Post published a front-page story that was 1,621 words long. The New York Times wrote a 641-word story and placed it on A-10.

But neither paper has touched the tale of 65-year-old Terry Bean -- who donated $500,000 to Obama and founded the gay-left activist group Human Rights Campaign –  arraigned on December 4 for sex with a 15-year-old boy.

As Jeffrey Meyer reported, the networks launched into almost six minutes of stories on Scalise this morning. There is no broadcast network "Bean count." (CNN and Fox News covered it on cable.)

Portland’s Oregonian newspaper reported the Bean sex scandal on November 20, followed by the New York Post on the 22nd, the New York Daily News on the 23rd, and The Washington Times on the 26th. Tom Blumer pointed out Portland's alternative paper Willamette Week had this story in June!

(Five years ago, the Oregonian and the AP both skipped the D-word when they reported on gay Portland mayor Sam Adams, 42, having sex with an 18-year-old man and lying about it and encouraging the teenager to lie.) 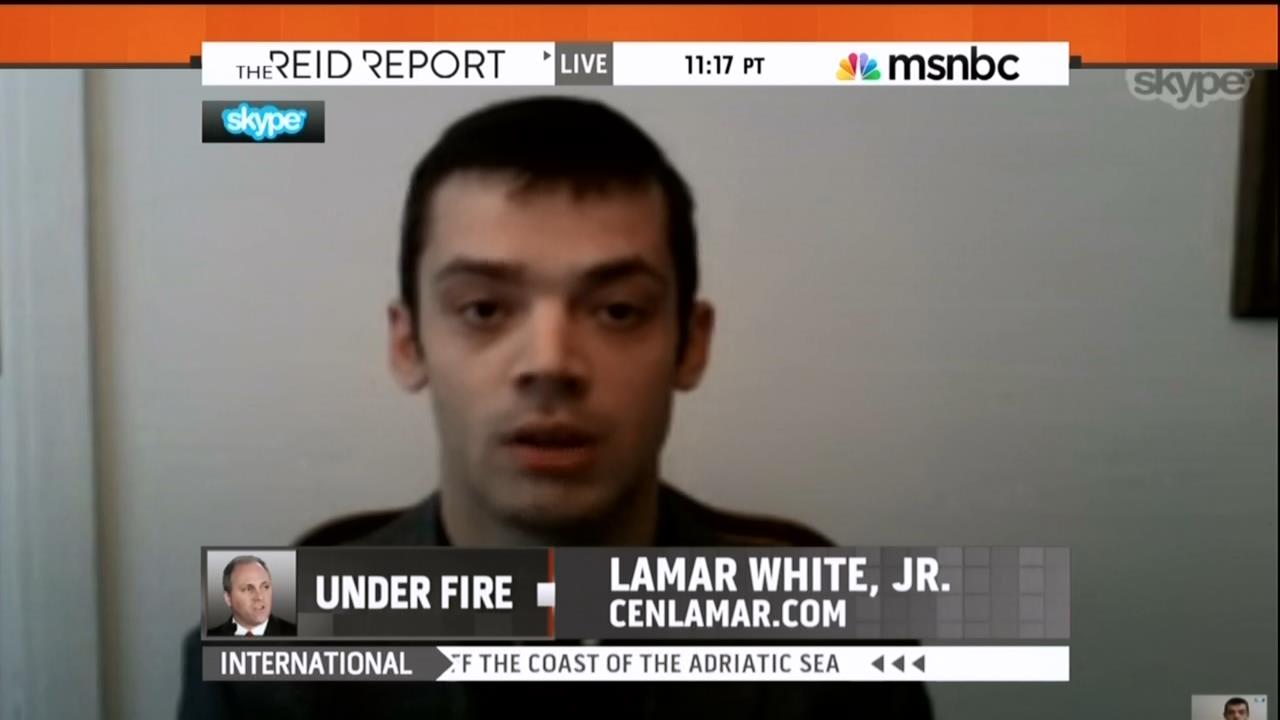 The Post story hid any mention of the liberal blogger’s politics: “Scalise's appearance at the event was first reported by blogger Lamar White Jr., who manages a Web site on Louisiana politics.” The Times was more direct: “Mr. Scalise's EURO appearance was first reported Sunday by Lamar White Jr., a blogger who runs a website for liberals in Louisiana.” (Like a good liberal, White appeared today on The Reid Report on MSNBC to talk all about his scoop.)

The Washington Free Beacon reported in October that White, who suffers with cerebral palsy, spoke out for losing Texas gubernatorial candidate Wendy Davis after her ham-fisted ad mocking Gov.-elect Greg Abbott for being in a wheelchair:

White, a law student in his final year at Southern Methodist University’s Dedman School, had just finished detailing why he supports Democratic nominee for governor Sen. Wendy Davis when a campaign staffer slid the chair out of the way of the microphone so the next attendee could speak.

White was furious when he was described by the Abbott campaign as a prop, tweeting (sort of like The Elephant Man) that he was not a prop, he was a human being. When it was all over, like other Obama-loving Democratic partisans, White lamented Davis losing on his blog:

Maybe it wasn’t wise for Democrats to run away from a President who has expanded health care for millions of Americans, ended two of the costliest and longest wars in American history, and overseen an economy that has created millions of jobs, set record highs in the stock market, and reduced unemployment to under 6%.