Washington Post TV critic Hank Stuever didn’t hate NBC’s three-hour “Peter Pan Live” musical. He thought Allison Williams as the flying title character was fine (after becoming become the most promoted stage musical actress in decades, just by being on an NBC stage.) Christopher Walken was described as sleepwalking through his role as Captain Hook.

Stuever turned the second half of his review into disgust at how relentlessly tacky NBC-Universal is in promoting its own products that it takes the smell out of Brian Williams pushing his own daughter in America’s face, since well, he makes a fraction of what Jon Stewart takes home.

I’m less fascinated (or perturbed, as some viewers seemed to be) by the fact that Williams just happens to be the 26-year-old daughter of “NBC Nightly News” anchorman Brian Williams than I am thoroughly exhausted by the ceaseless cross-promotion and logrolling that defines the NBC-Universal realm now.

There’s a point where corporate synergy veers into an area of unseemliness. NBC crossed that line long ago, but are they ever embarrassed by it? By the constant fawning over NBC stars on NBC’s late-night talk shows? Or the vacuous nightmare that’s become the “Today” show? Or the utterly joyless, cheap ocean-cruise quality of this year’s telecasts of the Macy’s Thanksgiving Day Parade and Rockefeller Center tree lighting ceremonies, featuring NBC stars half-heartedly plugging their singing-competition shows, dramas and sitcoms? (Even they must be sick of themselves.)

It’s certainly a desperate network’s job to sell itself, and I’m not suggesting that other networks are nobly immune to crass displays (the ABC/Disney one-two punch can be just as feeble). During the weeks leading up to “Peter Pan Live!,” it seemed NBC had no grasp of how its claustrophobic corporate self-regard plays to viewers. It’s become the tackiest house on the street. 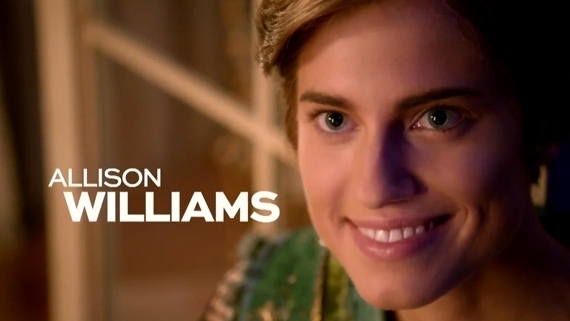 Kevin Fallon at The Daily Beast will be the one with his face on an NBC anchor’s office dartboard:

The camera also made a much bigger issue of Williams’ gender. Women have played Peter Pan since Barrie created him -- it’s too demanding a role for a child and the performer has to be small enough to “fly.” But even with the short hair, Williams was very clearly a girl, which gave Wendy’s obsession kisses a subtext the author probably did not intend.

But not much, actually, because there was absolutely no chemistry, romantic or otherwise, between Pan and Wendy, or Pan and Hook, or Pan and Tink. Williams has a lovely singing voice and took to flying with gamine grace, but she brought none of the grubby joy, childish rebellion, pent-up energy or airy narcissism to the role that others have.