The National Museum of Women in the Arts in Washington unveils an exhibit Friday titled “Picturing Mary,” featuring more than 60 works on the mother of Jesus. Washington Post art critic Philip Kennicott wrote on Thursday that the museum is cowardly. It’s putting on an exhibit curated by a Yale-educated priest and featuring works borrowed from the Vatican, so it doesn’t show the “darker side” of Mary and a feminist critique of the patriarchy.

But most ludicrous is Kennicott’s insistence that the exhibit is "flawed in its omissions" is that the museum should have felt compelled to include Chris Ofili’s infamous “Holy Virgin Mary” painting, complete with its pornographic overtones and elephant dung. 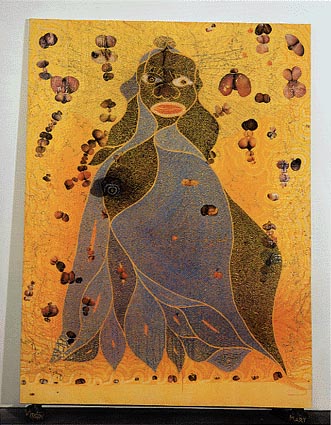 As Wikipedia describes it:

On a yellow-orange background, the large painting (8 feet high by 6 feet wide) depicts a black woman wearing a blue robe, a traditional attribute of the Virgin Mary. The work employs mixed media, including oil paint, glitter, and polyester resin, and also elephant dung and collaged pornographic images. The central Black Madonna is surrounded by many collaged images that resemble butterflies at first sight, but on closer inspection are photographs of female genitalia; an ironic reference to the putti that appear in traditional religious art. A lump of dried, varnished elephant dung forms one bared breast, and the painting is displayed leaning against the gallery wall, supported by two other lumps of elephant dung, decorated with coloured pins: the pins on the left are arranged to spell out "Virgin" and the one on the right "Mary".

Kennicott asked "How can an organization that champions women and women’s art leave off the table the powerful feminist critique of Mary that has animated thinking about this imagery for the past half century? How can a museum that wants to be taken seriously as a site for contemporary art ignore works such as Chris Ofili’s “The Holy Virgin Mary,” the locus of a major art scandal in Brooklyn in 1999 and perhaps the most famous image of Mary painted in the last quarter century?"

Then he answered his own question:

Easy. It wanted a feel-good show. But Mary isn’t entirely a feel-good icon. She was routinely invoked in wars against Islamic states and anti-Semitic campaigns. One of the ugliest blood libels in literature, Chaucer’s ferociously anti-Semitic Prioress’s Tale, begins with an invocation to Mary. Another fascinating side channel of her iconography (illustrated in the catalogue) depicts her as a warrior queen, armed and triumphant in battle (one 18th-century statue from Sicily shows her on horseback, trampling a dark-skinned Moor). Many people who recoil at the Catholic Church’s treatment of women and gay people will find little to love in the way Mary’s purity and virginity have been used to indict sexuality in general, especially unregulated sex. Powerful feminist thinkers, including Simone de Beauvoir, have argued that Mary is one of the church’s most powerful weapons in a war against women’s dignity and empowerment. Many have argued that the celebration of her virginity is indissolubly linked to patriarchy.

But none of that is discussed or even broached in this exhibition, which includes works borrowed from the Vatican and feels, in the end, as if designed to be fundamentally Catholic in its presentation of Catholic iconography. Its arbitrary and conspicuous omissions do the larger church little service, for it aligns the show, and the museum, with the dogmatic tradition of Catholicism rather than its rich, exuberant and open intellectual tradition.

But more fundamentally, it calls into question the intellectual seriousness of the museum itself. If museums are not a safe ground for full and open discussion, then these discussions are unlikely to happen anywhere in public life. One recurring image of Mary shows her holding open her capacious cloak, including all within its protection. This would be a good image for the museum leadership to ponder when it considers future exhibitions.

Kennicott’s lecture has a serious flaw. The debate over the “Hide/Seek” exhibit of homoerotic art at the National Portrait Gallery in 2010 easily displayed that leftists like Kennicott have zero interest in “full and open discussion." In 2011, he championed a newly "emerging" censorious consensus: "that the acceptable level of anti-gay bigotry at an institution such as the Smithsonian is now zero."

PS: Kennicott also claimed to see Joseph, the foster father of Jesus Christ, having a homoerotic moment with an angel in a Caravaggio painting in the exhibit:

This relatively early work was one of the artist’s first substantial forays into religious imagery, but it is as deliciously homoerotic as any of his profane works. The painting is divided down the center by the back of a youthful male angel, who plays what appears to be a small viol while an elderly Joseph holds a book of music. To one side of the boy’s almost naked backside, Mary sleeps with Jesus in her arms. To the other side, Joseph stares longingly into the angel’s eyes. Thus the painting contrasts erotic tension with perfect repose, leaving Mary and Jesus daringly marginal to the real drama of the scene. 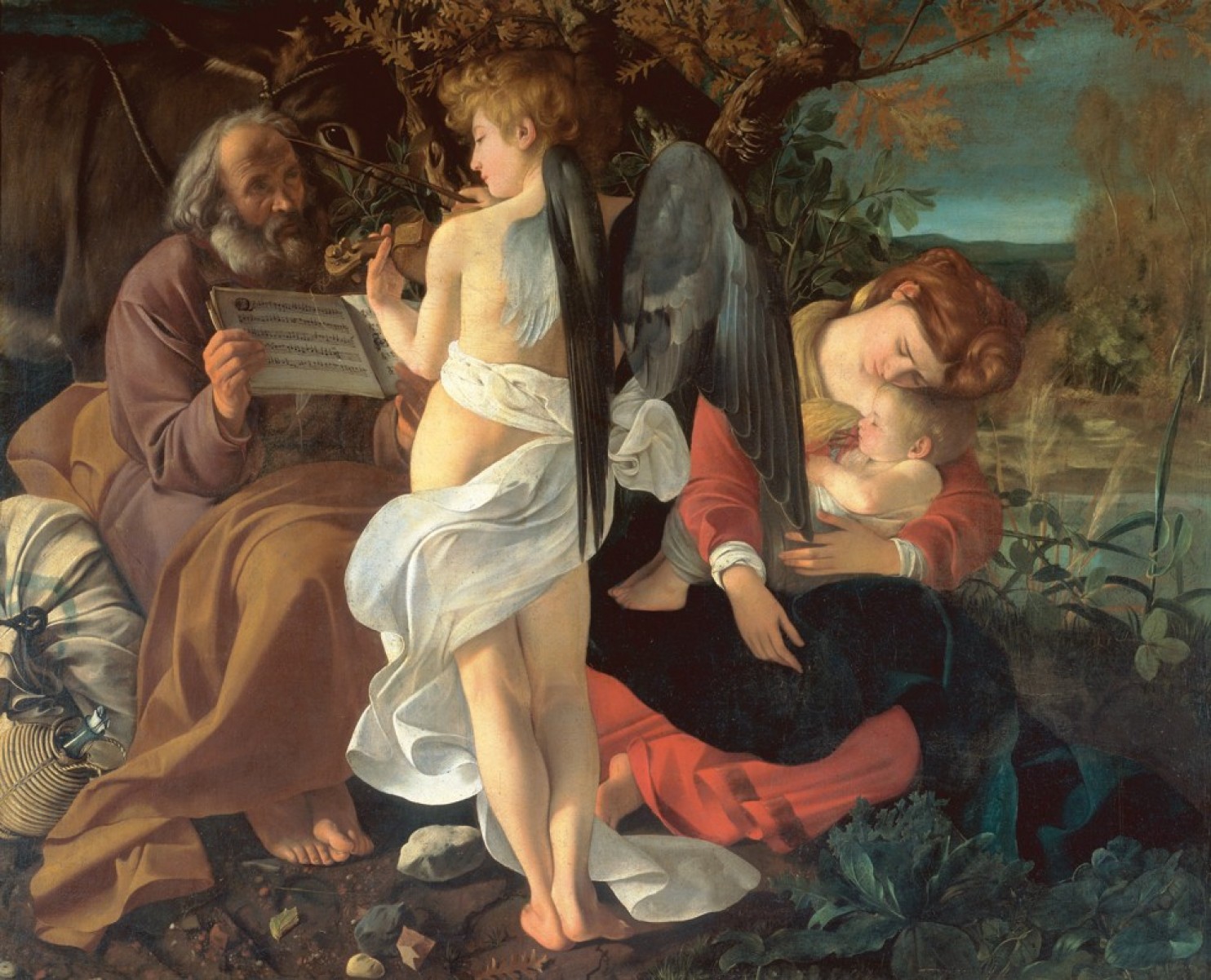