The editors of The Huffington Post apparently do not feel awkward about putting headline above a black Republican woman with the words “She looks black, but.....” She “looks” black? The full headline was “She Looks Black, but Her Politics Are Red: What Mia Love's Victory Means for the Face of the GOP.”

Darron Smith, Ph. D, who “looks black,” but writes for the very white Arianna Huffington, wondered “How does a black, female conservative and Latter-day Saint manage to negotiate so many foreboding white contexts?” Her election in a largely white district still represents a victory for "white privilege." She apparently suffers from a “apparent Stockholm syndrome of black Mormons" and makes “an unholy compromise” in avoiding any racial or gender advocacy:

Love's political convictions show a strong support for values that do not necessarily represent her interests as a member in any of these oppressed groups. For example, blacks are not doing well with respect to education, economics and health outcomes, while women still trail behind in salary and significant positions of power, and conservative politics are not typically known to aid these groups in such key issues. These actualities of Mia's existence seem to be diametrically opposed to her values that are grounded in a white, male, Christian context. She appears publicly unhampered by the daily grind of white racism that affects other racial minorities within the United States. Unlike most of them, Mia gets to walk through the hallowed doorways of white institutions controlled by elite, powerful men. She is allowed to pass through in her black, female body with the understanding that she must not see, speak or openly advocate for anything related to race or gender -- an unholy compromise. Hence, she might look black, but her politics are red. 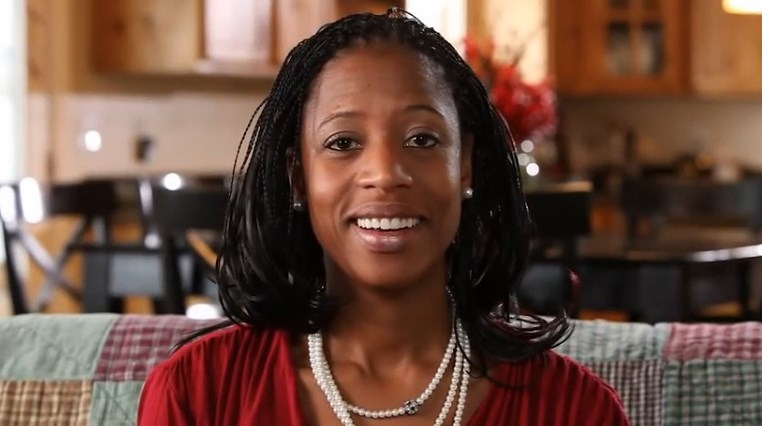 This is one way white privilege is reproduced at the legislative level of government. In fact, Mia, along with other notable black conservatives such as Allen West, Michael Steele, Amy Holmes, Alan Keyes and Tom Scott, subscribe to a party that rejects any notion of systemic racism as a central cause of black suffering within its basic tenets of individualism. What many conservatives fail to recognize is that individuals are connected to larger groups, and the group in which these Black Republicans belong persistently lags behind in every major social indicator.

Mia and others like her are seemingly out of touch with the political realities of African Americans and what remains at stake for them. It would be a mistake to assume that all black people are monolithic and share the same political inclinations -- the Pew Research Center estimates some 3 million self-identified black Americans are registered Republicans -- but there has yet to be a groundswell of support for the right-wing ideology among the vast majority of black voters. Thus, for most African Americans, it appears counterintuitive that someone black, female and Mormon could possibly endorse the GOP given its history of anti-Black, anti-feminist and anti-Mormon sentiment.

Whether this is due to her LDS faith and the apparent Stockholm syndrome of black Mormons (in the past, the LDS church perpetuated racist folklore to justify the marginalization of black people) or due to her racial consciousness, this may not be so preposterous when we recognize that American politics is a deeply partisan and fractured system, in the business of servicing big corporations, wherein Americans are duped into voting their values even when they contradict their success as a social group. Black Americans are the only racial group that votes in a bloc and, arguably, the only group to vote their political interests.

Darron Smith was expanding on a 2012 article on Love, which began: “Don’t be fooled by what you see. Mia Love (see here) might look black, but she ain’t like ‘us.’ Despite the well-known racist notion that ‘all blacks look alike,’ there is more to being black than looks alone.” Smith claimed that since Love is Haitian-American, she doesn’t identify with the African American culture which teaches how “to survive and agitate for social justice that had long been denied.”

Mia’s history and challenges are not so different from African Americans. What is different, however, are the philosophical tools by which Mia interprets her experiences; put differently, the way in which she buys into the notion of the American dream and individualism as well as how she views herself as a black woman through the prism of a U.S. white lens. As all “races” in North America view themselves through a white lens, Mia’s hair style, diction, cultural orientation, friendships, mannerisms and habits, nevertheless, are an extension of her degree of acceptance of white supremacist norms and values which induce her unconscious hatred for all things African American. This behavior should not be seen as strange, but instead an effect of living in a white world that has historically devalued black people and their accomplishments. All black Americans do this to some extent. The difference with Mia Love is that her upbringing, stemming from a more recent immigrant state of knowing and being, causes her to continue to believe these “norms” of whiteness without questioning their basis and origin....

Because Mia Love and others like her have not come from an institution of perpetual battle for their freedom, voice, and right to exist in a supposedly egalitarian society, they have the luxury to be unconscious of the white-black paradigm in this country.

PS: Despite the apparent ravages of American racism, Smith still thinks we're wonderfully blessed by a president who "looks black," but is half-white:

A brief reality check from the Canadians. pic.twitter.com/aJjttVXWeR