After the Supreme Court ruled in favor of Barack Obama on Thursday, the journalists at NBC pounced to hail the "big victory" and assert just how relieved 2016 Republicans must be. Peter Alexander touted, "So it is a big victory for the Obama administration. Basically, the Supreme Court has, for the second time, bailed out ObamaCare."

He reiterated, "So, this is a big victory for the administration." In case anyone was unclear, Alexander repeated, "So, bottom line here, big victory for the administration." Correspondent Chris Jansing focused on the President personally, "And so, this is key for him in terms of his legacy going forward. This is something he very much wants to have when the history books are written." 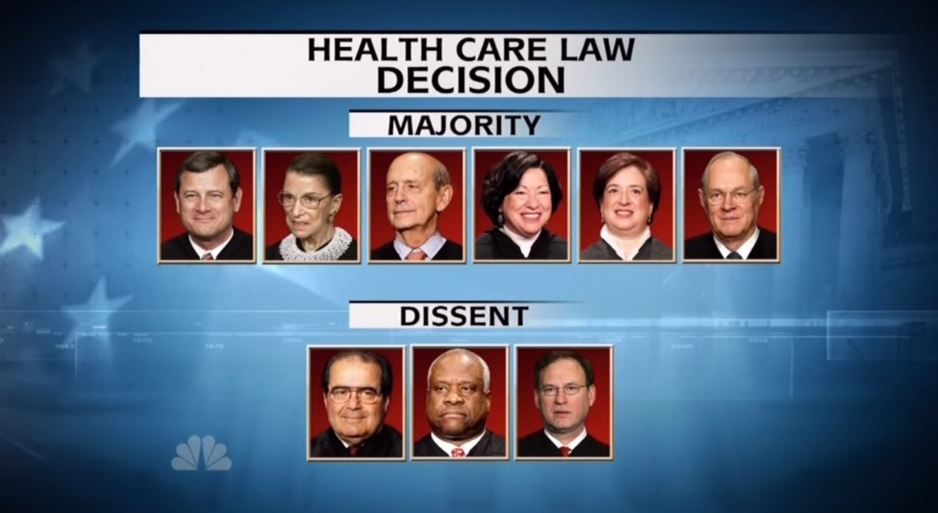 SAVANNAH GUTHRIE: Chris, for some Republicans, it's probably a sigh of relief, as a practical matter, because many of them would say privately, if you throw millions of people off of the health care rolls, as this case had the potential to do, then you got to come up with an alternative.

CHRIS JANSING: And they didn't have an alternative. That was the admission that many of them were forced to make in private. 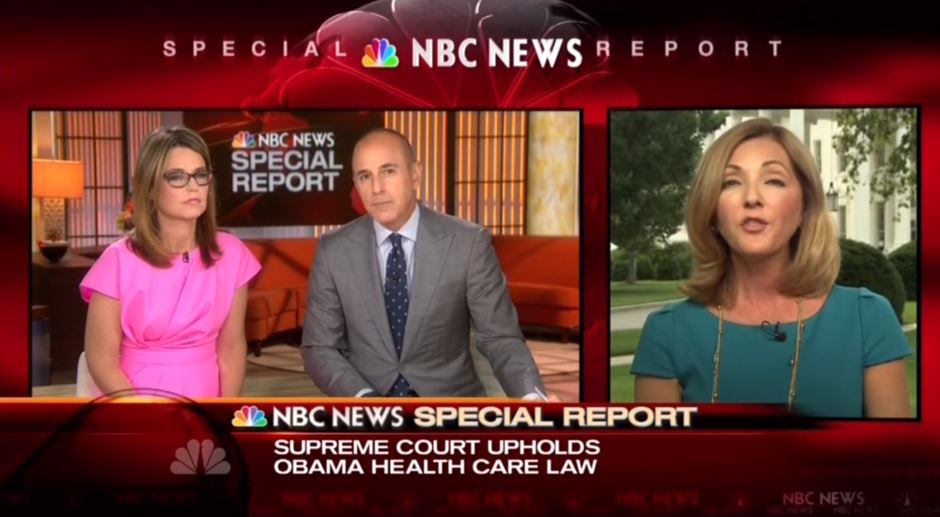 On CBS, Jan Crawford echoed Guthrie's claim about Republicans: "I can assure you that the Republican presidential candidates are probably the most relieved by this ruling because now they will be able to continue to rail against the ObamaCare health law without 6.5 million people losing."

Unlike ABC, at least Crawford acknowledged conservative unhappiness: "Many conservatives thought Roberts had betrayed them by joining the conservatives." Although, oddly, she referred to Anthony Kennedy as a "conservative," despite his moderate leanings.