On Monday night and Tuesday morning, all three networks covered the down-to-the-wire election in Israel. But only CBS noticed that Barack Obama's 2012 national field director is hard at work trying to defeat Benjamin Netanyahu. This Morning reporter Barry Petersen explained that the left-leaning Labor Party "hired Jeremy Bird who ran the Obama campaign ground game in 2008 and 2012."

ABC and NBC ignored this key point. Instead, Good Morning America co-host George Stephanopoulos danced around the issue. He hinted, "I know they won't say so out loud but the White House hoping if Netanyahu loses, they'll be able to have a better relationship." Correspondent Jon Karl agreed, "There is no question about that...They would love to have a new start with a new Israeli prime minister."

NBC's Today steered away from Obama's preferences, noting, "Netanyahu made a last minute plea to his base saying a Palestinian state would not be established if he wins a fourth term." 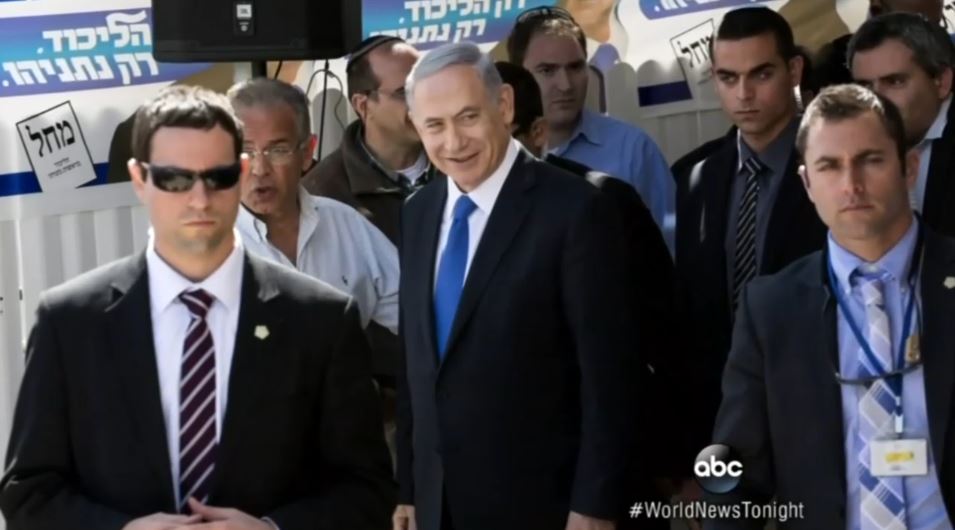 On Monday night, none of the networks (including CBS) mentioned Mr. Bird's efforts to defeat Netanyahu. Referencing the Prime Minister's reversal on a Palestinian state, CBS Evening News anchor Scott Pelley opined, "Today, he made a last minute bid for hard-line votes."

A transcript of the March 17 GMA segment is below: 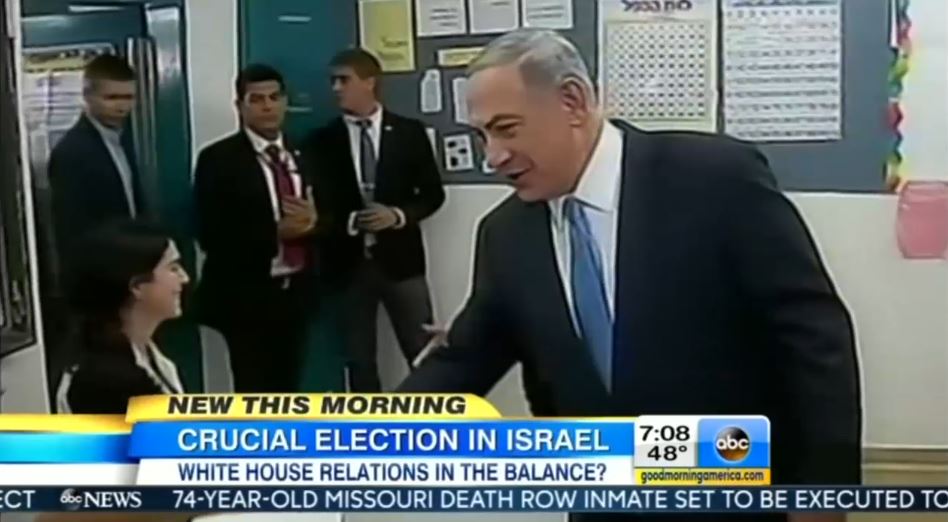 GEORGE STEPHANOPOULOS:  Okay, we’re going to go to the White House now. Thanks, Gio, where they are closely watching the election today in Israel. The voting could have a major impact on our relationship with one of America's strongest allies. ABC's Jon Karl is at the White House now and Jon Prime Minister Benjamin Netanyahu's clash with President Obama over Iran and other issues, now he's in the fight of his political life.

JONATHAN KARL: He is, George. Netanyahu is down in the polls and he is warning his supporters going into today's elections that he may lose and although the elections really have been focused on domestic economic issues in Israel, in these final days his relationship with the United States and with Barack Obama has loomed large, especially that extraordinary speech he gave just two weeks ago before Congress. The White House openly condemned that speech as destructive of U.S./Israeli relations and now, George, in Netanyahu's latest move, he now is suggesting he is opposed to a peace deal that would include a Palestinian state. That is a top priority in the region for the Obama administration.

STEPHANOPOULOS: I know they won't say so out loud but the White House hoping if Netanyau loses they'll be able to have a better relationship, easier relationship with Mr. Herzog, his opponent.

KARL: There is no question about that. The official line from the White House is that President Obama will work with whoever wins. But make no mistake about it, tensions between the United States and Israel have never been lower during this Obama administration than right now and they would love to have a new start with a new Israeli prime minister.