ABC Bored By Persecution of Christians, Thrilled By Dancing Show

The torture and persecution of Christians by Islamic terrorists is a terribly boring subject for the networks. ABC's Good Morning America offered a scant 33 seconds to the kidnapping on Monday of 90 Christians from Syria by ISIS. Despite a four hour run-time, NBC's Today didn't even cover the story.

What's important for the hosts of GMA? On Tuesday, they deluged viewers with almost 21 minutes of coverage devoted to the new season of Dancing With the Stars. In comparison to the missing Christians, this is a disparity of 33-to-1. In one GMA news brief, Dan Harris explained, "ISIS fighters have reportedly kidnapped 90 Christians after storming a village in northeastern Syria."

In the other brief, Harris offered, "It's not clear what they plan to do with these new captives." It's not clear? The journalist then stated the obvious: "This mass abduction, however, followed the recent beheadings of 21 Egyptian Christians in Libya." 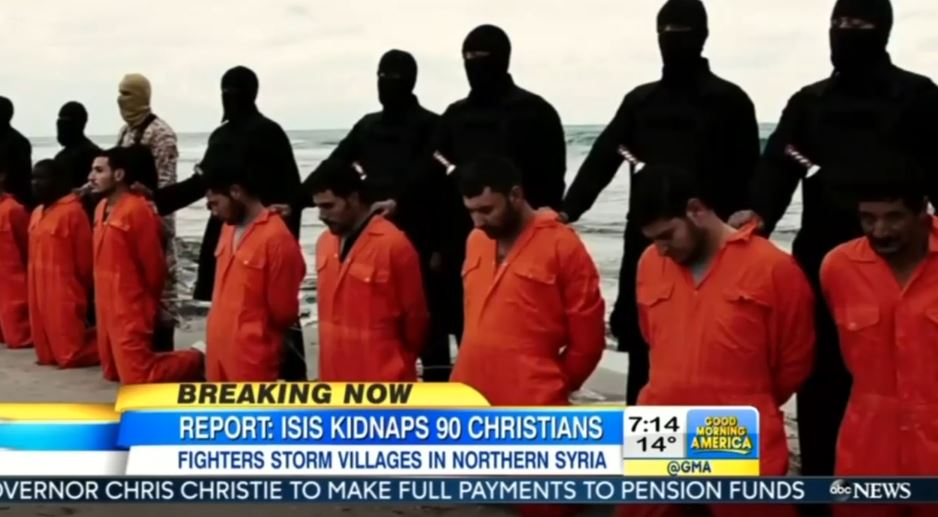 In contrast, Dancing With the Stars dominated the second hour of GMA, a total of 20 minutes and 50 seconds. It's not a coincidence that ABC airs both shows. It's hard to consider GMA a news program when it essentially becomes an infomercial for other network programming.

Over on CBS This Morning, Gayle King allowed 18 seconds. She noted, "Human rights activists say ISIS kidnapped dozens of people in Christian villages in Syria...The area has seen an increase in fighting in recent days."

A transcript of the two February 24 GMA briefs can be found below: 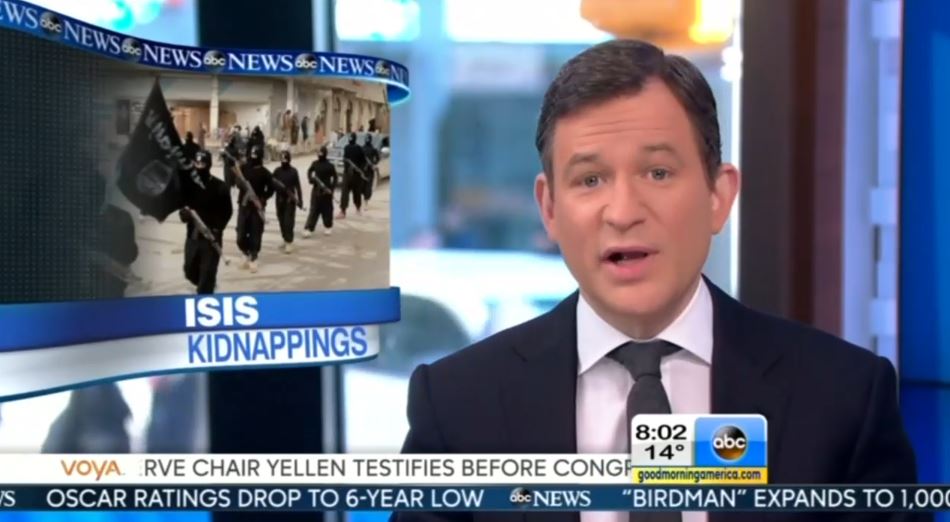 DAN HARRIS: We're going to start here with some breaking news. The latest act of aggression from ISIS, kidnapping at least 90 Christians in Syria. Activists say Islamic State fighters took the hostages Monday as they overran several villages in or the northeastern Syria. It's not clear what they plan to do with these new captives. This mass abduction, however, followed the recent beheadings of 21 Egyptian Christians in Libya.

DAN HARRIS: We've got breaking news from overseas this morning. ISIS fighters have reportedly kidnapped 90 Christians after storming a village in northeastern Syria. This comes just days after the terror group executed 21 Christians in Libya.