The blackout of Jonathan Gruber and his ObamaCare deceptions continued on ABC and NBC, Friday morning. CBS allowed a scant 13 seconds to the highly embarrassing videos of the health care law architect's mockery of the "stupidity of the American voter." This Morning anchor Charlie Rose relegated the latest on Gruber to the "Eye Opener" segment, a 90 second round-up of what's happening in the world.

This brief recap included a clip of Megyn Kelly noting the "new installment in the greatest video hits of top ObamaCare adviser Jonathan Gruber." Another snippet featured former White House press secretary Jay Carney allowing that the mockery from Gruber is "very harmful" to the President.

But one wouldn't know it's "harmful" from the attention given the story. After the 13 seconds at the top of the program, it never came up again. Still, this is better than ABC and NBC. They both continued to ignore Gruber.

On Thursday, CBS This Morning journalists again outpaced their competitors (as did the CBS Evening News). Charlie Rose revealed, "A new controversy stirring this morning over the Affordable Care Act. An architect of President Obama's health care law says it was written to take advantage of what he calls 'voter stupidity." 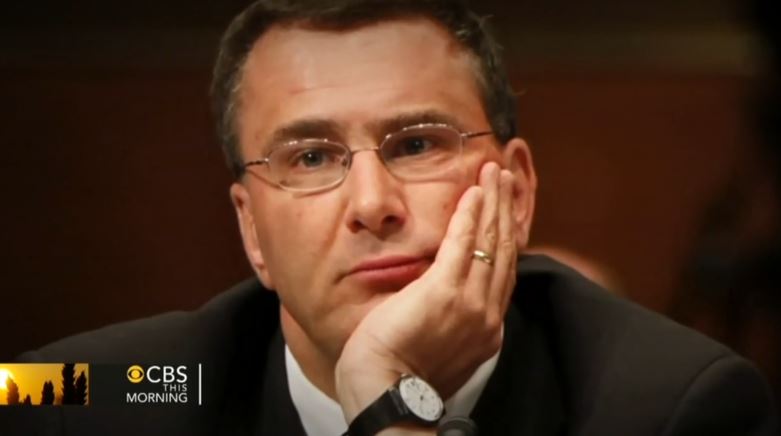 Other updates on the Gruber story that ABC and NBC could have covered:

-- Gruber earned $400,000 for his work with the Obama administration, according to a fact check in the Washington Post. Remember, this is the same man who bragged of ObamaCare: "Lack of transparency is a huge advantage. And basically, you know, call it the stupidity of the American voter or whatever. But basically that was really, really critical to getting the thing to pass."

-- A fifth video of Gruber mocking voters has appeared, this time comparing them to his "adolescent children."

As the Media Research Center's Geoff Dickens noted on Thursday, Gruber's revealing videos have prompted very little coverage in the media. Even the liberal Mika Brzezinski was astounded. On Wednesday, she marveled, "Nobody covered it except for some right-wing outlets. Had this been a Republican, what do you think would have happened?"

The New York Times on Thursday finally discovered the story, but only online. The print edition has still yet to report on it. In the Times's Upshot section, the paper quickly recounted and then dismissed the significance of what Gruber said:

But here’s the dirty little secret: Mr. Gruber was exposing something sordid yet completely commonplace about how Congress makes policy of all types: Legislators frequently game policy to fit the sometimes arbitrary conventions by which the Congressional Budget Office evaluates laws and the public debates them.

In the case of the Affordable Care Act, that meant structuring the law so that the money Americans must pay the Internal Revenue Service if they fail to obtain health insurance under the law’s mandate is a penalty, not a tax. (The Supreme Court held that, though not a tax, the penalties were constitutional because they were an exercise of Congress’s taxing authority, which is the kind of distinction only a lawyer could come up with). That’s the reason the financial assistance the health law gives people to buy insurance is structured as a tax credit, not a direct payment, which would probably be simpler and more efficient.

A transcript of the November 14 CBS This Morning Eye Opener segment is below:

CHARLIE ROSE: And all that matters.

JOE JOHNS: This time, the issue is transparency.

JAKE TAPPER: This is bad.

JAY CARNEY: Not good, Jake. To speak that way, very harmful, politically to the President.