Over just four days, the three networks devoted 14 and a half minutes of coverage to hyping Chelsea Clinton's new baby and Hillary's role as grandmother. Yet, ABC, CBS and NBC, during the entire month of September, didn't bother to cover the investigation into the 2012 Benghazi terror attacks. Many of the baby reports framed the story less about a new child and more as a benefit to Hillary Clinton's potential 2016 run for president.

On Saturday's Good Morning America, Dan Harris wondered about the "political consequences," questioning, "Will this baby effect grandma Hillary's decision on whether to run for President?" He added, "The birth that could impact the future of the White House." On Saturday's NBC Nightly News, historian Michael Beschloss noted Chelsea Clinton's "fame" and hyperbolically insisted, "So, it's almost like the British royal family."

On Monday's CBS This Morning, Bill Plante echoed this fawning praise. He insisted that the baby is the "newest member of a family of political royalty."

On Sunday's World News Tonight, anchor Cecilia Vega speculated about whether baby Charlotte will "decide to one day carry on the Clinton dynasty." Vega noted, "[Charlotte] won't be able to run for president until 2052 when she's 35. For now, most just wondering what her grandmother plans to do in 2016." 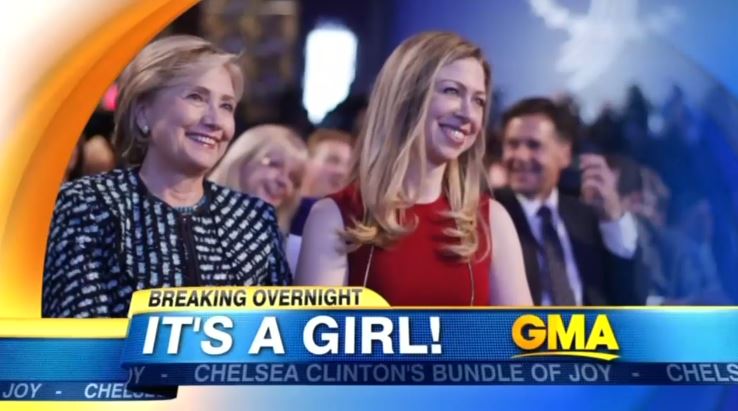 From Saturday morning through Tuesday evening, the networks offered 14 minutes and 24  seconds (or 13 segments) of coverage on the Clinton child. ABC devoted the most time, seven minutes and three seconds (six segments). CBS came in second with four minutes and 36 seconds (four segments). NBC had the least amount of time, two minutes and 45 seconds (three segments). 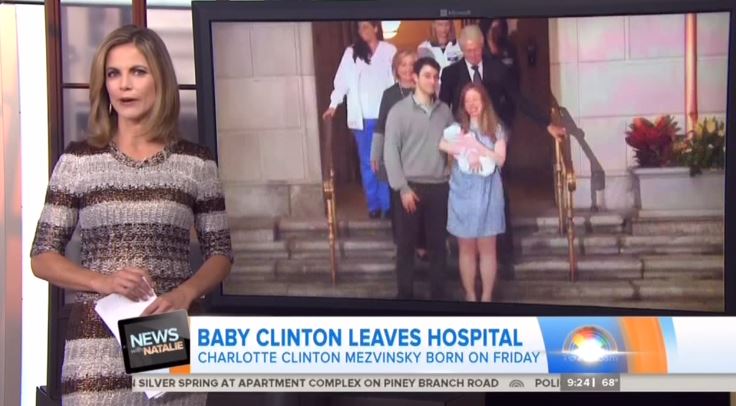 [NBC's coverage was limited by hosting the Ryder Cup on Saturday and Sunday.]

In contrast, the same networks had no interest in updating Americans about the Benghazi investigation. On September 17, 2014, a select committee looked into the attack that killed four Americans.

EMANUEL: Lawmakers heard from security officials who reviewed State Department policies –  with one raising this red flag: that there continues to be a pre-Benghazi approach to diplomatic security.

TODD KEIL, INDEP. PANEL ON BEST PRACTICES (from congressional hearing): Clear the smoke. Remove the mirrors. Now is the time for the Department of State to finally institutionalize some real, meaningful, and progressive change. 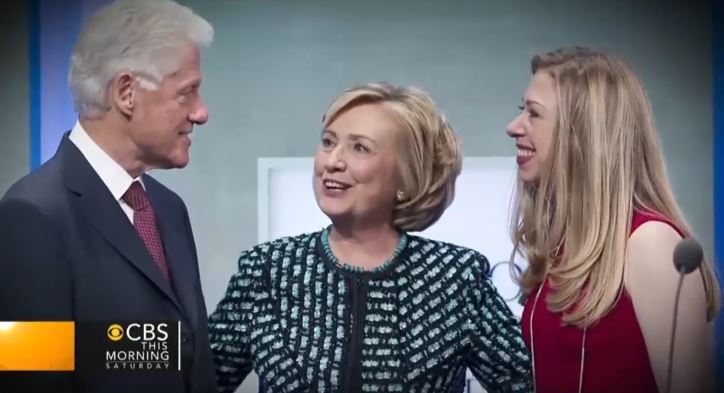 On September 11, 2014, two years after the Benghazi attack, ABC, NBC and CBS ignored the anniversary. Instead, they all found time to cover a dancing bear.

The only mentions of Benghazi came in moments unrelated to the investigation. Appearing on the September 2, 2014 NBC Nightly News, Andrea Mitchell discussed the threat of ISIS and mentioned this being "two years after Benghazi." On the September 17 CBS This Morning, a spokesman for murdered American Steven Sotloff mentioned him traveling to "Benghazi."

If ABC, NBC and CBS are going to fawn over happy moments like Chelsea Clinton giving birth, they should also scrutinize Hillary Clinton's role in the Benghazi debacle.