Now online: the September 22 edition of Notable Quotables, MRC’s bi-weekly compilation of the latest outrageous quotes in the liberal media. This week, instead of worrying whether President Obama’s planned Executive Order delivering amnesty might violate the Constitution, journalists upbraid the President for delaying the step until after the election. “A promise is a promise,” Univision anchor Jorge Ramos scolded on Twitter.

Also, MSNBC spins Joe Biden's "Shylock" gaffe as evidence the Vice President is "authentic," and the liberal hosts of ABC's The View have a cow when co-host Nicolle Wallace dares suggest that President Obama doesn't "love people." Highlights are posted after the jump; the entire issue is posted online, with 19 quotes (three with video) at www.MRC.org. 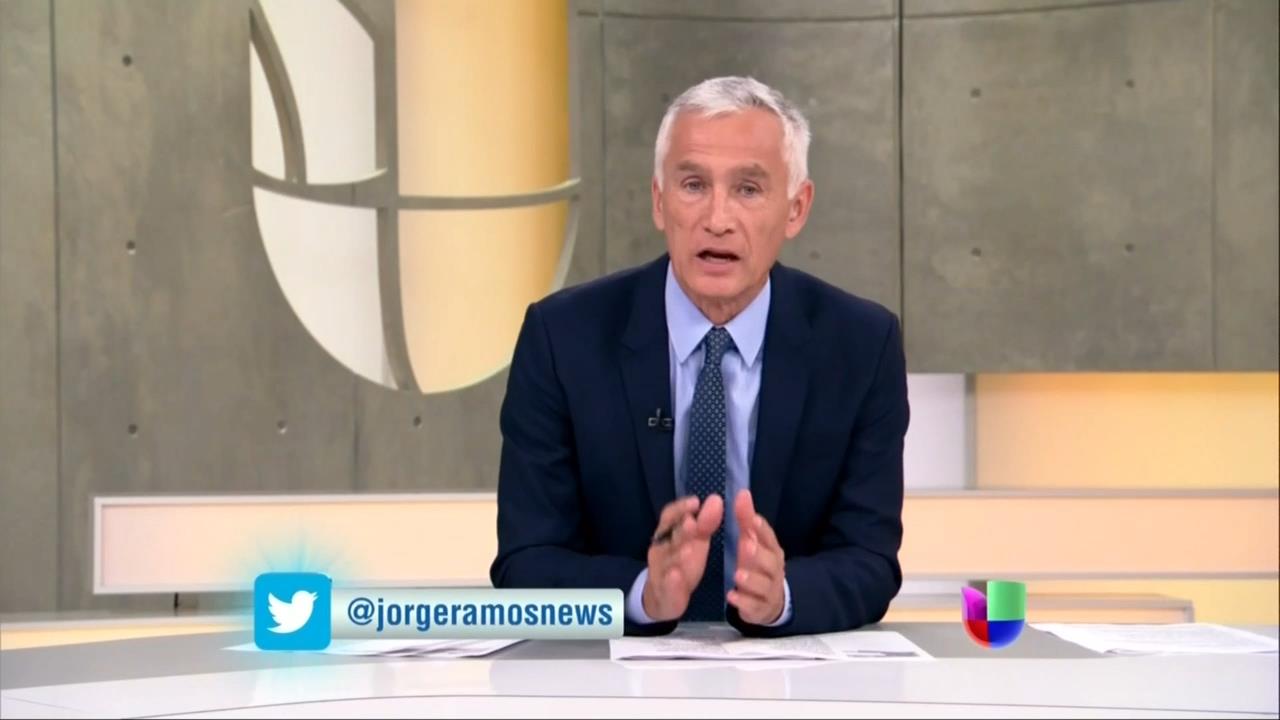 “President @BarackObama once again delays action on immigration. He promised on June 30th to act before the end of the summer. Now he won’t.”
“A promise is a promise/ Una promesa es una promesa”
“This presidential delay means that more innocent people will be deported and more families separated. It’s the triumph of partisan politics.”
— Series of Twitter messages posted by Univision and Fusion anchor Jorge Ramos on September 6, reacting to news that President Obama was delaying an executive order that would bypass Congress and grant amnesty to potentially millions of illegal immigrants.

Moderator Chuck Todd: “Immigration. You made a decision to delay any executive action until after the election. What do you tell the person that’s going to get deported before the election that this decision was essentially made in your hopes of saving a Democratic Senate?”
President Barack Obama: “Well, that’s not the reason....”
— Exchange shown on NBC’s Meet the Press, September 7.

“Nativists have always existed in both parties, and they’ve gotten particularly noisy over this ugly summer, as terrified Central American refugees flowed toward the border — which is really why the President decided to postpone his plans to expand immigration rights until after the November elections....He has abandoned the high ground and seems a bit panicky now, dodging immigration reform even though he believes in it, thereby offending all sides....Barack Obama is playing games with one of the core issues that define who we are as a country.”
— Time’s Joe Klein writing in the magazine’s September 22 edition.

“If they do go into Syria, and that’s by no means guaranteed at this point, you go in with the kind of coalition that George H.W. Bush assembled back in the day. And the first President Bush is the President whose foreign policy President Obama admires the most. And to put together, in effect, a Desert Storm II is what this administration is now undertaking. It’s a big task.”
— The Daily Beast’s Eleanor Clift on The McLaughlin Group, September 7.

“[President Bush] is bringing along a world coalition that he calls a ‘coalition of the willing,’ when it’s really a coalition of the bullied and the bribed.”
— Then-Newsweek contributing editor Eleanor Clift on The McLaughlin Group, February 22, 2003. At the time, Bush had a coalition of 39 nations, compared to the nine recruited by Obama.

Fill-in anchor Kristen Welker: “He wound up apologizing for using the term ‘Orient.’ He also had to apologize for using the term ‘Shylock.’...Julie, you and I have spent a lot of time reporting on Vice President Biden. These gaffes are also a part of who he is as a politician, right?”
AP correspondent Julie Pace: “Yeah, it’s hard to manage this part of Joe Biden, because so much of what is appealing about him to a lot of voters is the fact that he’s authentic, the fact that he doesn’t always seem scripted.”
— MSNBC’s Andrea Mitchell Reports, September 18.

Media Fret: Hillary Has “Best Resume,” But Is She Liberal Enough?

“Hillary is finding that once again, being the most prepared candidate with the best resume may not be enough for many in a Democratic Party that is increasingly tilting to the left.”
— Moderator Chuck Todd on NBC’s Meet the Press, September 14.

You Can’t Say That About Our Dear Leader!

Co-host Nicolle Wallace: “I think Joe Biden has an easier time with Congress because I think Joe Biden genuinely loves people and I think he and his wife are more comfortable-”
Co-host Rosie O’Donnell, interrupting: “So, are you implying that Obama doesn’t?”
Wallace: “Yeah.”
O’Donnell: “He doesn’t love people?”
Wallace: “I don’t think so.”
Co-host Rosie Perez: “Oh, that’s bull crap!”
O’Donnell: “Oh, wow!”
— Exchange on ABC’s The View, September 16.

“They don’t think things through, the American public. You know, they just feel scared right now. I’m not sure why. I’m not really scared of ISIS. I know they’re a bad group, but I don’t think they’re going to come here and behead me....Do we really need to make a bogey man out of everybody? I get it that ISIS is bad, but they’re not that different than so many other Islamic villains....The other day, Hillary Clinton said something I thought was very smart, which was that global warming...is the biggest issue that we should be afraid of. And I agree. I am much more afraid of ice, as in melting, than I am about ISIS.”
— Bill Maher on MSNBC’s Hardball, September 10.