Media watchers in the past week rightly have criticized multiple media outlets for suddenly deciding that religious freedom needs quotation marks, as in “religious freedom.”  Leave it to the news pages of The Wall Street Journal, though, to use those quotation marks, which by their nature indicate that the very concept is in dispute, in the same story with the term gay rights published without the same punctuation. 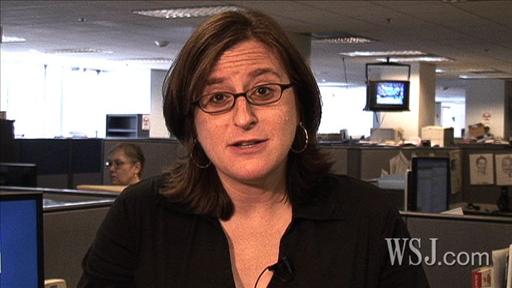 The April 2 WSJ featured a page A4 article by Laura Meckler and Ana Campoy headlined “Arkansas Governor Balks at Religion Bill.” Its lead sentence was as follows:

Arkansas Gov. Asa Hutchinson on Wednesday demanded changes to “religious freedom” legislation that state lawmakers had just this week approved, overwhelmingly, the latest turn in a cultural clash over whether such laws protect people of faith or open the door to discriminations against gays and lesbians.

After an intervening sentence came this passage:

The sudden attention on these laws reflects the collision of two forces: a movement seeking more legal protections for religious people and an accelerating drive to advance gay rights.

So we have a situation where the notion of religious freedom, the very bedrock of America’s settlement in the 1600s and its founding as a nation in the late 1700s, is seen as such a questionable idea that it merits quotation marks. But “gay rights,” a concept only invented in the past 30 years or so, and one not even enshrined in federal law or recognized by federal courts as involving a “protected class,” nonetheless is expressed straightforwardly, unambiguously, as so uncontroversial that it can stand on its own without being set off by special punctuation or other emphasis.

Similarly, no quotation marks or other indicators of controversy attend the passage in paragraph five discussing “the rights of gay and lesbian couples to wed.” But the very next sentence – and this is where the editorializing becomes even more explicit than mere punctuation differences – says that the “political response” of religious people “has been to promote the so-called religious-freedom legislation at the state level.”

Read that again. It’s the so-called religious-freedom legislation. Really? Gay rights is stated as a given, but First Amendment rights are merely “so-called”???

Twice more the news article uses the term “gay rights” without quotation marks. Once, it is in the context of “people on both sides of the gay-rights issue.” Note that the default reference is not to the “religious freedom issue,” but to the “gay rights issue” – even though the very point of most on the religious-freedom side is that rights for homosexuals aren’t even at issue at all, because nobody is denying them services as a class, but only denying services for a particular ceremony.

Later, the reports include, as a fact, a highly dubious assertion, even though many conservative legal scholars would dispute it:

As a practical matter, if states don’t have these laws [providing explicit legal protections to “gays and lesbians”], businesses and individuals are free to discriminate on the basis of sexual orientation….

Well, as a practical matter, that’s not really true. In 1996, the Supreme Court ruled in Romer v. Evans that protections for homosexuals, or any citizen, against specific discrimination “constitute ordinary civil life in a free society.” In other words, despite the WSJ article’s blanket assertion, invidious discrimination against any class already is prohibited.

All in all, a more biased “news article” could hardly be imagined. Please note the quotation marks.