During last year’s presidential campaign, many speculated that after Donald Trump lost the election, he’d maintain his high political profile via “Trump TV.” Instead, Trump won, and while there’s no Hillary TV, there is Verrit. Meanwhile, Crooked Media, founded earlier this year by former Obama-admin staffers Jon Favreau, Jon Lovett, and Tommy Vietor, recently expanded its efforts to help “get [liberals] through this roiling clusterfuck of a presidency.” 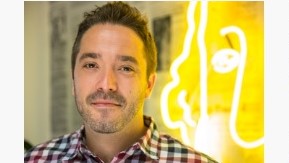 One of Crooked Media’s new hires is editor-in-chief Brian Beutler, formerly of Salon and The New Republic. In a Tuesday piece, Beutler contrasted the left’s “close to neutral” handling of the recent ambush of U.S. soldiers in Niger with the right’s “ghoulish” treatment of the 2012 Benghazi attack.

“Liberals were understandably aghast at the GOP’s willingness to use the blood of four dead Americans as partisan warpaint in their battle against Hillary Clinton,” wrote Beutler, adding that Republicans “were, of course, undeterred by appeals to decency.” That said, since Republicans’ relentlessness on Benghazi brought about the e-mail brouhaha that probably cost Hillary the presidency, Dems “are understandably drawn to the idea of treating turnabout as fair play.”

But that won’t happen, suggested Beutler, and it’s part of a pattern:

In each case the institutions of the right responded to key developments instrumentally, revealing…that their animating concerns weren’t protecting Americans serving in dangerous parts of the world, or protecting women in the workforce from powerful, abusive men, but making partisan brickbats of those incidents when possible, to advance unrelated goals.

The institutions of the left, by contrast, [were] guided primarily by their commitments to competent governing, and the physical well-being of fellow citizens.

This illustrates a fundamental characterological difference between the American left and the American right.

Beutler contended that the MSM enable sneaky, slimy conservatives (“Republicans in Congress and conservative media outlets like Fox News spent years leading mainstream journalists around by the nose in pursuit of fabricated conspiracy theories, alluded to but never clearly articulated”) but won’t give liberals credit for supporting a “thorough but fair-minded inquiry” into the Niger incident.

According to Beutler, the right’s corruption of the media is dragging the country down (bolding added):

The way conservatives weaponize information contributes to a deep asymmetry in American political tribalism. But it also distorts the public’s sense of what’s significant, and what is not, in ways that are useful to conservative politics, but corrosive to public trust in government, media, and other civic institutions…It’s how operatives who ultimately want to destroy the vocation of journalism cow the journalists they disdain into chasing phantoms and generating controversies where none exist. It’s how a corrupt and racist authoritarian who lies like he breathes can run for president…

American political culture may be beyond redemption, but it certainly won’t be redeemed if we can’t learn to sort fake outrages from real ones, when the pattern of manipulation is staring us in the face.