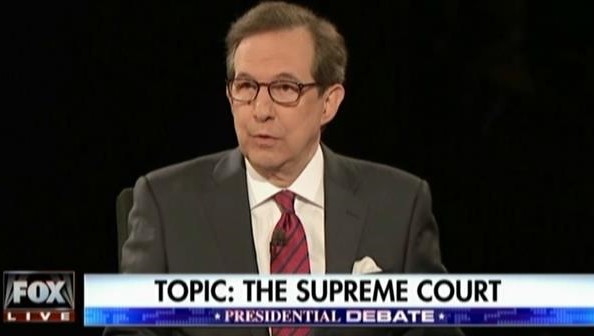 The liberals who thought Chris Wallace did a bang-up job as moderator of the third presidential debate were judging strictly by appearances, contended Daily Kos’s Laura Clawson and Salon’s Gary Legum in separate articles.

Clawson pooh-poohed the praise for Wallace, sneering that he “really wasn’t all that. Unless the ‘that’ is ‘a purveyor of right-wing talking points masked as “fair and balanced” questions.’” Legum called Wallace “a creature of Fox News, a point of view he betrayed through both his selection of several questions and the right-wing frame he gave to them. Which might have tickled the amygdala of conservatives everywhere, but also managed to perpetrate for a mainstream audience a couple of the more pernicious policy myths that haunt our political discourse.”

Legum suggested that although Wallace may have come off as evenhanded, he nonetheless carries that unwashable, unmistakable Murdoch-Ailes stink:

It was a coup for Fox News to have one of its anchors moderate a debate…And in Chris Wallace, they found a seemingly fair-minded talking head. But he also brought all the baggage of Fox News with him — that is, the worst traits of the post-fact, post-truth moment in political discourse that we are living through, that has found its ultimate vessel in the form of Donald Trump.

Clawson and Legum were especially irked by Wallace’s handling of two topics. One was the 2009 stimulus, which Wallace presented as, overall, a failure (Clawson: “The problem was that the stimulus was too small to address the magnitude of the crisis”). The other was partial-birth abortion; Legum objected to the term itself, deeming it “medically nonsensical.”

....a medically nonsensical term invented by anti-abortionists to obscure the circumstances under which they are performed. Pro-choice forces have been pushing back on the nomenclature for a couple of decades, but it has become canon for the right that the procedure somehow involves performing an abortion of a fetus that is viable outside of the womb. Thus did anti-abortion propaganda make it into a presidential debate.