Author Neal Gabler: 'The MSM Have Been Collaborators With the GOP' for 30 Years! 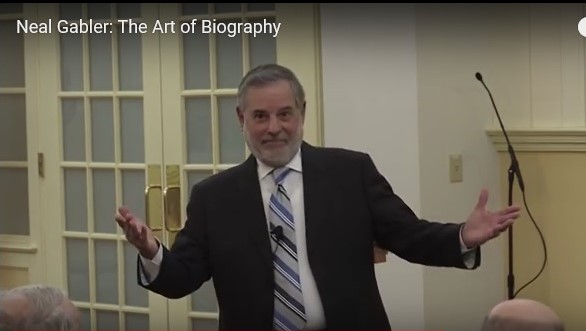 “For three decades,” Gabler commented, “the MSM have been collaborators with the GOP, pretending” that it’s “a normal party,” when it’s really “closer to a religious cult…It operates on dogma, sees compromise as a moral failing, [and] views enemies as pagans who must be vanquished…That isn’t politics; it’s a modern version of the medieval Crusades, and as the ancient Crusades did to Europe, it has inflicted untold damage on our country.”

It especially bothers Gabler that the media “won’t discuss the Republican Party’s values…[The] big difference between Republicans and Democrats…is [partly] a matter of what values underlie the parties’ philosophies,” and “Republican values just aren’t very consistent with what most of us think when we think of good values.” Thanks to the MSM’s timidity, then, “the GOP’s blatant contradictions, its hate disguised as individual rights and its disdain for the weakest among us, largely go unexamined.”

An ongoing discussion of values, Gabler speculated, “might have stopped the threat of Donald Trump. Thirty years ago, it might even have stopped the march of the current Republican Party; its values could have been exposed as indefensible, which could have shamed them (and us) into changing.”

And Republican dysfunction, he asserted, has spilled over (bolding added):