David Leonhardt's Friday New York Times column about President Donald Trump's reactions to the Inspector General's report on the FBI's and Department of Justice's pre-2016 general election actions is treating it as a blanket exoneration. Therefore, everything Presidential Donald Trump has said about it is a lie.

The Times columnist began with a condescending "Trust me on this, you plebes" message to his readers, and went downhill from there.

Andrew McCarthy's reaction to the IG's report at National Review was quite different:

The obvious answer to McCarthy's question is "no," ultimately leading to an obvious conclusion:

Well, it means that if you're the FBI, DOJ, and the establishment press defending them, you can pretend that the Clinton email investigation wasn't politically tainted. If you have the common sense to which McCarthy referred, you can't.

Leonhardt, however, went further. He column left out the following words which are strongly implied, and which, because he claimed that the "clear answer" concerning the FBI's use of its power "to help Clinton" is "no," many readers who don't review the IG report or consult other sources will mentally include:

The IG report's content shows that Leonhardt's hysterical contentions are and always will be rubbish. 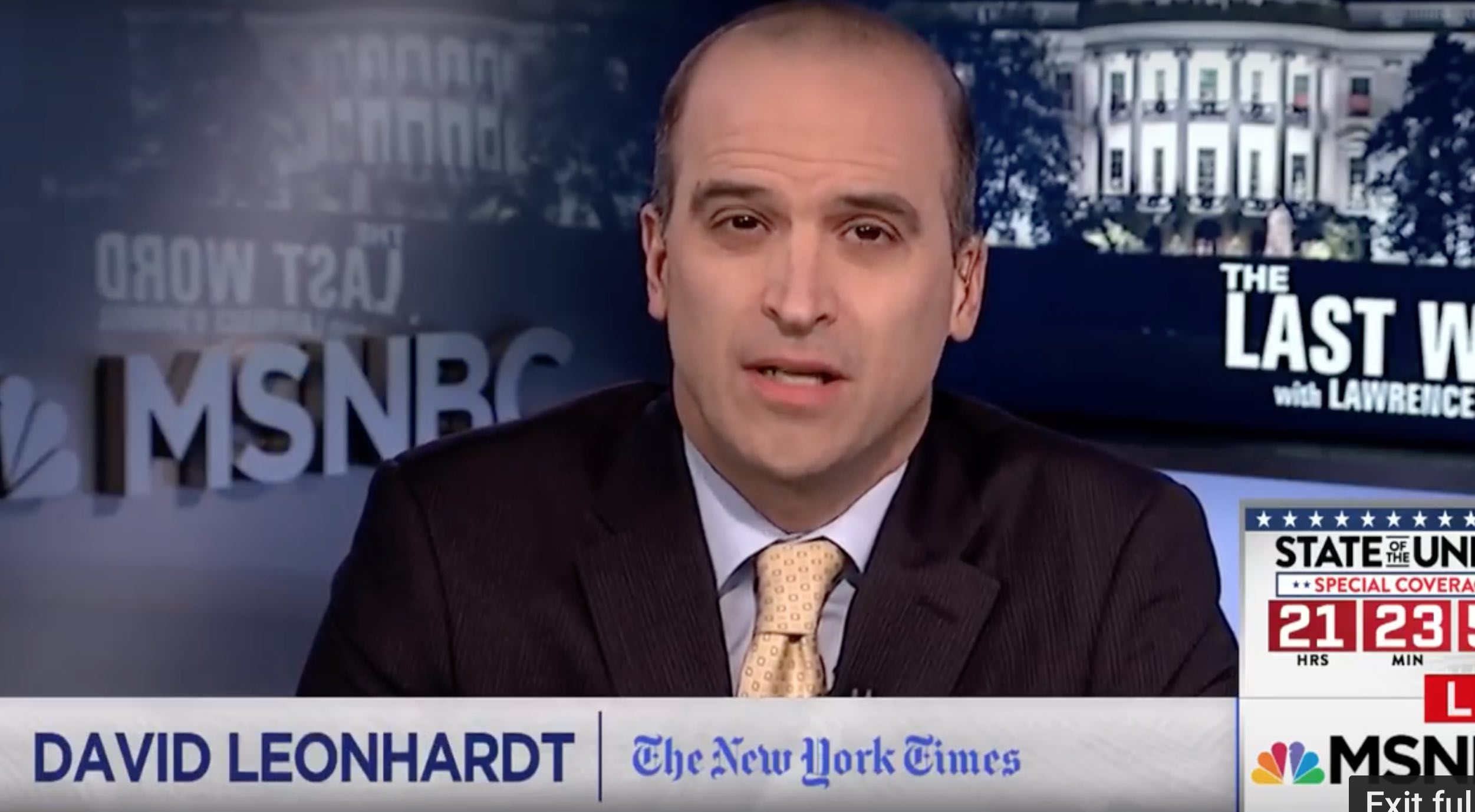 Unfortunately for the Times columnist, this isn't the 1960s, where a nearly monopolized press could tell a public which doesn't have access to the same information they did what a report said, and could interpret and spin with virtual impunity.

Thus, a few of the column's commenters — disappointingly few, but still a few, which at the Times is progress — don't appreciate being treated as if they're complete fools:

Here's the best one, stating points with which the vast majority of Americans outside the leftist fever swamp will agree:

Blaming President Trump here is merely a diversion to distract from the larger truth. The Obama DOJ & FBI failed the public miserably in their conduct. J. Edgar Hoover would be proud. The rest of us should be disgusted.

Finally, consistent with how the rest of the press is handling the matter, Leonhardt never brought up former President Barack Obama. The IG report demonstrated that Obama lied when he claimed that he learned about Hillary Clinton's private server use "through news reports."

All of this is consistent with Leonhardt's long history of hard-left, ignorant commentary.