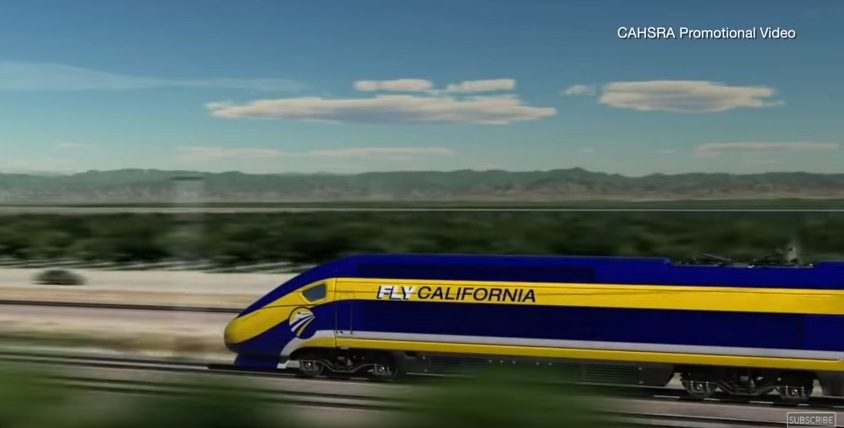 Friday, California's High-Speed Rail Authority published its draft 2018 Business Plan. Its 800-mile bullet-train project's estimated cost is now $77.3 billion, up from $64 billion two years ago, and its final completion has been pushed out another four years to 2033. The current estimate is now more than 70 percent above the $45 billion presented to voters in 2008.

The Authority's draft discloses that "More than $3 billion has been expended to date on construction in the Central Valley and planning for the wider system," so genuine progress towards theoretical completion is still well under 10 percent. The plan also presents a range of estimated completion costs from $63.2 billion to $98.1 billion.

The latest news confirms, as I wrote in a 2013 post, that this project will "make the $22 billion (make that $24.3 billion) 'Big Dig' in Massachusetts look like a petty cash disbursement."

The Los Angeles Times did recount much of the horrid cost-estimate history, though not completely accurately:

The disclosure about the higher costs comes nearly a decade after voters approved a $9-billion bond to build a bullet train system. The original idea was that the federal government would pay about a third of what was then an estimated $33-billion project, with private investors covering another third.

But those assumptions proved faulty on numerous counts. In later business plans the projected price went to $43 billion, somewhere between $98 billion and $117 billion, down to $66 billion, and then $64 billion in 2016.

The San Francisco Chronicle incorrectly reported that voters were originally promised a $32 billion cost. The first paragraph at the San Jose Mercury News gave readers erroneously report that the 2016 estimate, at "roughly $13 billion more than planners anticipated," represents the overrun from the original forecast.

Voters who barely approved the 2008 $10 billion bond proposition were told:

AP coverage failed to disclose the ballot measure's original quoted cost, or the full extent of the project's cost overrun. Of the four outlets reviewed, only the Chronicle mentioned Governor Jerry Brown, the project's stubborn champion.