Media in Tug of War Over Scope of Obama's Sept. 2016 Interest in 'Everything'

On Page 15, Senator Johnson's full report says that this text:

... raises additional questions about the type and extent of President Obama’s personal involvement in the Clinton email scandal and the FBI investigation of it.

Late Wednesday afternoon, Del Quentin Wilber at the Wall Street Journal claimed the text was about something else entirely:

... (this and other texts) show preparation to brief Barack Obama about Russia’s interference in that year’s election, according to (conveniently unnamed) associates of the FBI employees involved ... not ... meddling by the then-president in the federal Hillary Clinton email investigation.

Perhaps Obama also wanted a progress update on the Trump-Russia FISA warrant application, or on what ultimately became the Steele dossier. It certainly could have been all of the above: Hilary's emails, alleged Russian election meddling (which Obama didn't consider serious until after the election), the FISA warrant's status, and progress on the dossier. That would pretty much be "everything."

It’s not clear ... whether it was a general comment about Mr. Obama’s oversight of the FBI or a description of his interest in a particular matter. 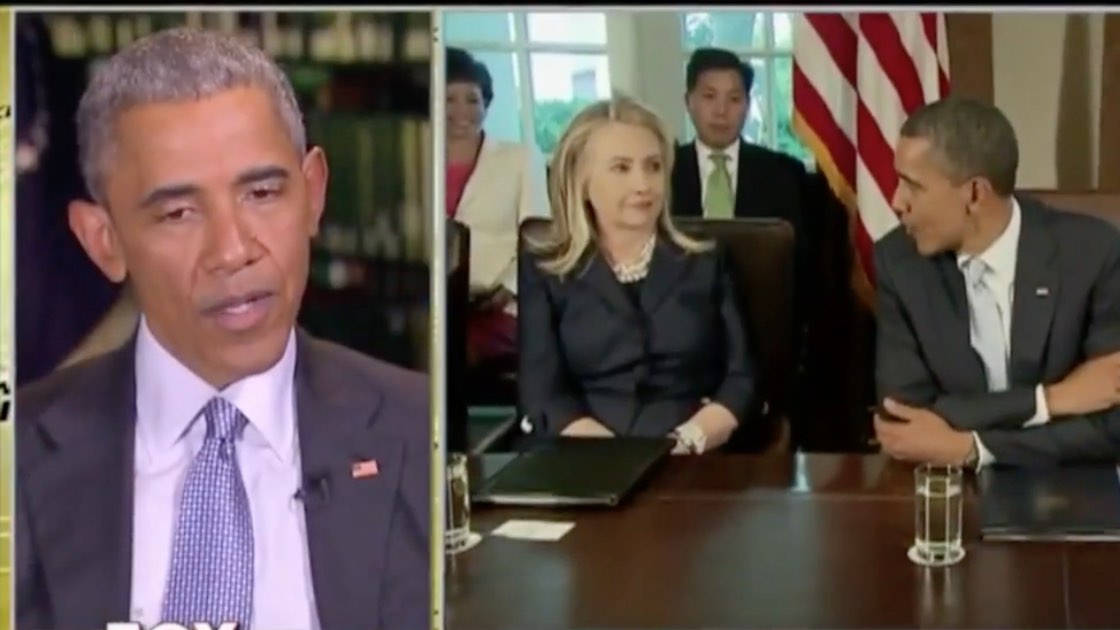 Obama's interest in "everything" almost certainly included the latest on the Clinton private server email situation, because, as Andrew McCarthy has consistently noted for over two years, including two weeks ago, this is where Obama was (and perhaps still is) most vulnerable:

... From the first ... the whitewash of the Hillary Clinton–emails caper was President Barack Obama’s call ... The decision was inevitable. Obama, using a pseudonymous email account, had repeatedly communicated with Secretary Clinton over her private, non-secure email account.

... If Clinton had been charged, Obama’s culpable involvement would have been patent ...

None of this mattered to NBC News until President Trump tweeted five words late Wednesday morning.

NBC improved four hours later, though "keeping tabs" (echoed in the network's report) is hardly the same as "wants to know everything":

Searches at Associated Press websites indicate that it has not produced an in-house story on Obama's newly-discovered interest in "everything." APNews.com does have links to relevant stories (here and here) at the Washington Times.