Andrew McCarthy on Fox: 'There Is No Obstruction,' But Comey Is Now Trying to Invent It

Recent NewsBusters posts have shown how the hysterical establishment press wants the American people, against all factual evidence, to believe that President Donald Trump obstructed justice in his conversations with James Comey. 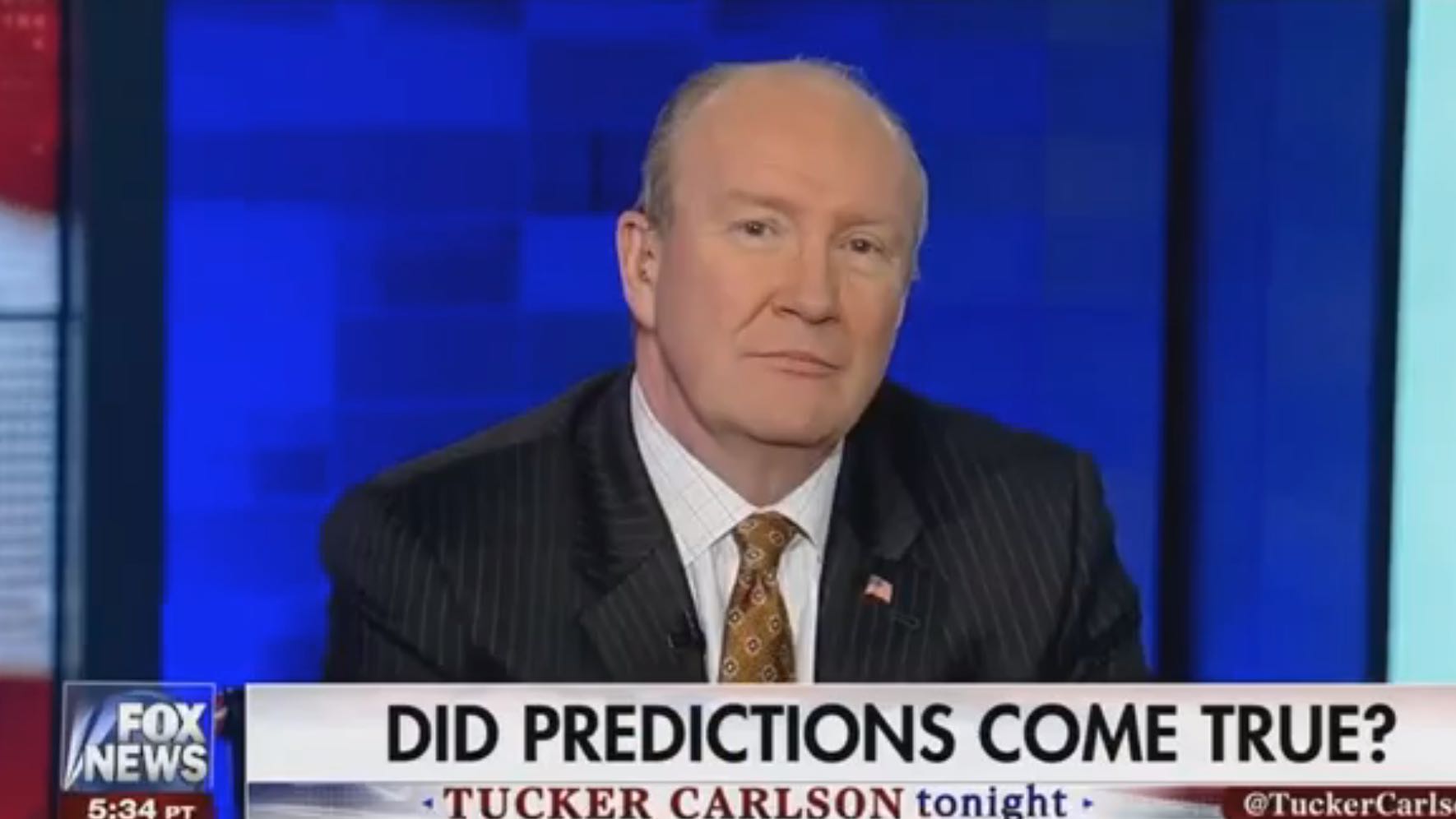 On Wednesday, before Comey testified but with the transcript of his expected testimony already public, McCarthy explained that "putting pressure on a subordinate is not obstruction of justice."

The full segment is here (HT American Thinker). It begins with a replay of Comey's May 3 Senate Judiciary Committee testimony that "it has not happened in my experience" that "we were told to stop something for political reasons." Carlson, in his segment introduction, then noted that Comey also said, in Carlson's words, that "the President never tried to improperly influence him." (Then what's all the excitement about "obstruction" about, for heaven's sake?)

The excerpt below, constituting roughly the middle half of the full segment, begins after Carlson finished introducing McCarthy. He asked then asked him, "What should we look for?" in the Thursday hearing:

ANDREW MCCARTHY: Well, I think the main thing, Tucker, that has really confused people about the discussion over the last week is the idea that pressure and obstruction of justice are the same thing. And they're clearly not.

Actually, if you look at what former Director Comey said in his testimony, the case that there was obstruction of justice is much worse today than it was yesterday, and I actually didn't think there was any case yesterday.

But I think what people need to understand is putting pressure on a subordinate is not obstruction of justice. The key element of obstruction of justice is corruption, so if you don't have pressure that is motivated by corruption, there is no obstruction. And the president has as much authority or more to exercise prosecutorial discretion as any of the subordinates he has who are U.S. Attorneys or FBI agents across the country.

So I think to the extent that these two concepts have been conflated it's important to separate them. Pressure is not obstruction.

TUCKER CARLSON: So by discretion, you mean he doesn't have to sit passively by while people who work for him run these investigations? He can attempt to influence them?

MCCARTHY: Well, he certainly can, but what I mean by discretion is, in the United States attorneys' offices all across the country every day, prosecutors dismiss cases even though they could be prosecuted for a variety of reasons. They weigh the equities and they decide whether a case ought to be brought or not.

If you look at what Trump is alleged to have done here, he went through the calculus that's very much like what a prosecutor does in a normal case. He said, okay, here's is what they are accusing this guy of, evidently false statements, but on the opposite side of the ledger, he didn't do anything inappropriate with Russia. He's already been laid low. I had to fire him yesterday. He's already been humiliated. Enough is enough.

Now you may not agree with that, but it's not corrupt. And it's the kind of calculus that happens all the time in the exercise of prosecutorial discretion.

McCarthy returned after Comey's actual testimony on Thursday. The full segment is here.

The excerpt below follows an introductory clip from the hearing where, in response to a senator's question, Comey said that "I don't think it's for me to say whether the conversation I had with the President was an effort to obstruct."

McCarthy then politely but effectively lit into the former FBI director with serious allegations:

ANDREW MCCARTHY: I think his testimony as it unfolds undermines the obstruction case. But what I found disturbing is kind of what looks to be like a post hoc attempt to construct an obstruction case that wasn't there in the first instance.

So to be more clear about that, I think that if you listen to his story, there's no proof beyond a reasonable doubt of corrupt behavior. The president's allowed to influence the executive branch. So all the problems we discussed last night are still there, and the case isn't there.

But here’s what he did. He said in the clip that you just played, "it was not my place to decide whether that was obstruction."

Yes, it was! You know, right there and then. There's nobody in America that knows the law of obstruction of justice better than Jim Comey does. He was a top prosecutor and top cop and federal cop in America, you know, for the better part of his professional career. And in the Justice Department and in all these jobs, if you are asked to do something that's illegal or unethical or immoral, your choice is to resign or carry out the order. Your choice is not to say, "Well, you know, I really don’t know what that was about."

And I was quite startled to hear him say that he knew, he now suddenly is taking this to be that he was being told to dismiss the case, not just that Trump was saying that he hoped that he would see the Flynn case his way. And that he disobeyed the order as he understood it intentionally, which is something you're never ever supposed to do. That's insubordination.

Comey is attempting to build an after-the-fact obstruction case which directly contradicts the May testimony. This would mean that either his May testimony or his current revision of history is false and therefore perjurious. And yes, as McCarthy noted, the story change on obstruction would mean that Comey was insubordinate in defying what he now claims was an "order."

Despite the huge problems McCarthy identified in Comey's testimony, the establishment media's presumption that Donald Trump has somehow done something illegal persists, even though virtually the entire foundation for such a belief involves relying on a former FBI director who has almost completely changed his tune on perceived obstruction in the space of just five weeks, and even though reliance on his new story invariably involves tagging him as an insubordinate surrogate who, as lawyer Alan Dershowitz sees it, demonstrated cowardice in using someone else to illegally leak information to the press.

Several press reports cited in previous NewsBusters posts have pushed the hope, disguised as fact, that Comey's testimony, again despite all factual and legal evidence, somehow built or strengthened the case for obstruction:

Whitlock's reaction to what has transpired: "journalists ... hear what they want to hear."

It's also quite obvious that they only report what they want to report, and are deliberately avoiding and marginalizing experienced people like Andrew McCarthy with objectively deep and genuine knowledge of these matters.