One of the more absurd spectacles in the press's coverage of the economy is the attack on the Trump White House's long-term economic growth assumptions in this week's budget release.

The same reporters, pundits and outlets now ridiculing the Trump administration's belief that the economy can consistently grow by 3 percent each year beginning four years from now were stone silent when the Obama administration, whose alums have joined the current negative chorus, used far higher growth assumptions — and miserably failed to achieve them.

Here's a sampling of the naysayers:

Obama admin alums Furman and Krueger are criticizing growth assumptions which they surely know are far below what they assumed in budgets during the Obama era, as seen in the table below:

Meanwhile, the pundit class is pretending not to remember any of this as it attacks the Trump administration's more conservative growth assumptions.

The primary and perhaps valid reason the naysayers cite when they claim 3.0 percent annual growth is unrealistic relates to demographic trends which may prevent the workforce from sufficiently growing. But what that really explains is why 4.0 percent may be an unrealistic target. 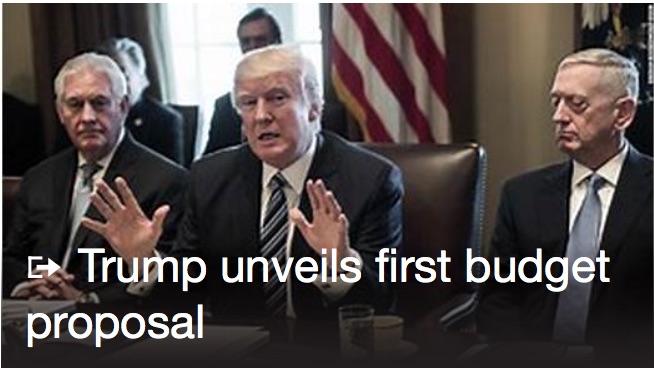 If the workforce grows by 1 percentage point per year less than it did during those eras, targeting 3 percent instead of 4 percent may make sense. It doesn't make targeting 3 percent unrealistic. Critics who claim that it is unrealistic and wish to be consistent must acknowledge that the Obama administration was engaging in wildly irresponsible unrealism four and eight years ago. The demographic trends currently cited to bash the Trump budget's assumptions were present in nearly full force during the Obama era.

If this (3 percent annual growth) is a rosy (long-term) scenario, Democrats haven’t begun to imagine the budget cuts that will come (if not achieved).

There is no way the U.S. can afford its entitlement commitments without 3% growth, much less balance the budget.