The government reported today that the US economy grew at an annual rate of 1.4 percent in the second quarter. That's a slight increase from the 1.1 percent reported a month ago, but certainly nothing to get excited about, especially given that annualized growth during the past three quarters has been barely above 1 percent.

To make the Obama economy look better than it really is, the Associated Press's Martin Crutsinger today discovered "new-found strength" in a category that is contracting, completely ignored how out-of-control healthcare spending is artificially pumping up with little growth there is, and — as he and most of the establishment press has been doing for the past 7-plus years of Dear Leader's presidency — told us, once again, that prosperity is just around the corner.

Here the portion of Crutsinger's dispatch which contains his claim of "new-found strength":

US ECONOMY GREW AT 1.4 PERCENT RATE IN SPRING 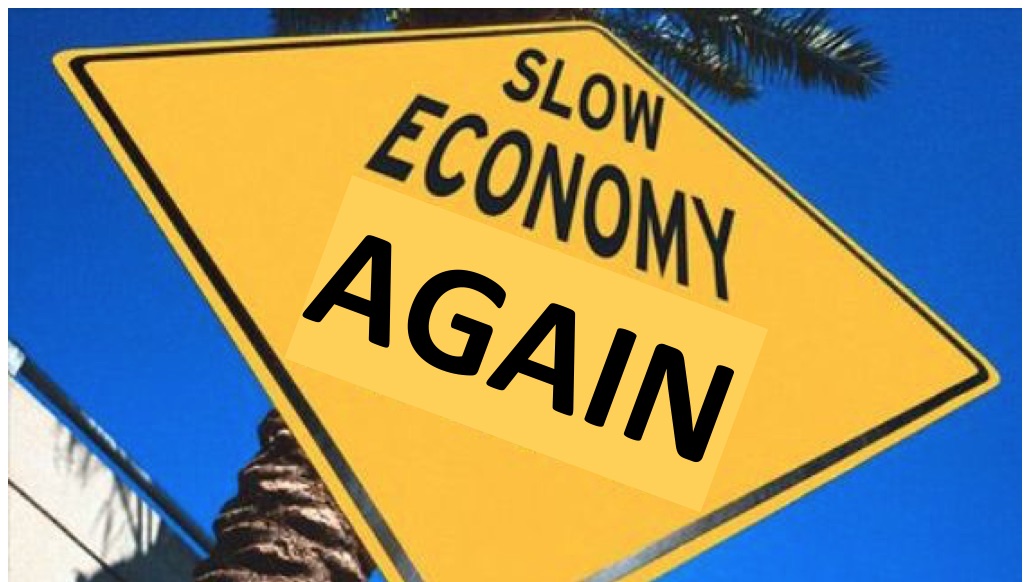 The U.S. economy expanded at a slightly faster pace in the spring than previously reported, aided by new-found strength in business construction.

The Commerce Department said Thursday the gross domestic product, the broadest measure of the economy, expanded at an annual pace of 1.4 percent in the April-June quarter. That is up from a previous estimate of 1.1 percent growth. Much of the upward revision reflected an increase in spending on structures such as office buildings.

Here are the relevant figures from today's detailed GDP report and the one released a month ago which relate to Crutsinger's claim of "new-found strength" and "an increase in spending on structures." They represent annual growth or contraction rates and percentage-point contributions to GDP, respectively:

Imagine that. There is no "new-found strength" in any of these figures. There is only less weakness.

Though the more recent non-residential growth figure seen is at least positive, no reasonable person would consider a 1.0 percent rate of annual growth to be an indication of "strength." Though an improvement, it still was less than the overall reported growth in the economy.

But even that's being too generous, because Crutsinger specifically referred to "an increase in spending on structures." There was no such increase; there was a 2.1 percent decrease which took 0.06 points from GDP. While it's nice that it improved from an 8.4 percent decrease in last month's release, it's absolutely false to characterize that change as an "increase in spending."

Crutsinger's focus was all wrong anyway, because he ignored the massive upward revision to consumer spending on health care, which, in contributing 0.39 points more to GDP growth, actually increased by more than the overall GDP revision of 0.3 points (health care spending annualized growth was calculated by referring to underlying figures available in Table 3 in the August and September reports):

No other individual contribution to GDP line item changed by nearly as much as the 0.39-point increase seen in health care spending.

It's no defense for Crutsinger to claim that the narrative accompanying the report from the government's Bureau of Economic Analysis ignored the change (the word "health" doesn't even appear). It's his job to find and report on the important things. Unfortunately, given his journalistic track record, it's eminently reasonable to believe that he didn't want to find it, especially since any admission that out-of-pocket consumer spending on health care is also an admission that President Obama's promise that the passage of Obamacare would lead to families saving significant amounts of money on healthcare costs was misleading and false.

The fact is that increases in health care spending have been accounted for 63 percent of reported GDP growth during the past three quarters and 56 percent of reported growth in the past four quarters. Though modern medicine can do wonders, it should be clear that these massive increases aren't being accompanied by comparable perceived or real standard of living improvements — which explains, as I noted this morning at my home blog, "why so many everyday people who don’t dig into the numbers and are out there living their lives feel that the overall economy and their personal financial situation are each essentially going nowhere."

But of course, the AP's Crutsinger says things are on the verge of getting soooo much better:

The modest second quarter gain followed weaker readings of 0.8 percent GDP growth in the first quarter and 0.9 percent in the final three months of last year. Economists, however, believe the economy has accelerated in the current quarter, helped by strong consumer spending.

... Analysts at Macroeconomic Advisers are forecasting that growth will rebound to 3 percent in the current July-September quarter. They are forecasting a solid 2.4 percent increase in GDP for the final three months of this year.

Federal Reserve Chair Janet Yellen, in an appearance before Congress Wednesday, indicated that the central bank is still on track to boost its key policy rate by the end of this year. The Fed has left the rate unchanged so far this year in response to the weaker-than-expected economic growth both in the United States and the global economy.

Crutsinger was so desperate to describe anything in the economy as good news that he had to resort to characterizing 2.4 percent annual growth as "solid."

In the late-1980s, as documented in a NewsBusters post from 2013, Crutsinger described higher levels of growth as follows:

We've had "weaker-than-expected" economic growth in the U.S. during almost the entire seven years since the recession officially ended in the middle of 2009. One of these days, economists are going to adjust their consistently far-too-high expectations and look at what's actually happening on Main Street. That may happen on January 21, 2017, but only if someone besides Hillary Clinton becomes president. Then, if what we saw during the 1980s and from 2001 to 2007 occurs again, the forecasts will go wildly pessimistic, and the economy will consistently outperform them.