Demonstrating a remarkable ability to ignore the obvious, Anne Gearan at the Washington Post, covering plans by Democratic presidential frontrunner Hillary Clinton to deliver "a major foreign policy address" on Thursday, wrote that "National-security issues offer Clinton a way to play up her experience in contrast to (Donald) Trump."

To make that laugh-out-loud clause appear credible, Gearan, the Post's "chief Hillary booster," purged any reference to the long list of national security and foreign policy negatives in Mrs. Clinton's resume. Thus, at least the following words and terms relating to Mrs. Clinton's actual "experience" did not appear in her story: "email," "server," "classified," "inspector general," "Libya," "Syria," "Russia," "Iraq" — or even "Obama." In fact, though it is in an accompanying photo caption, Gearan's actual story never used the term "Secretary of State."

Gearan's dispatch relays Team Hillary's premise that many potential voters need to be frightened into voting for her by the prospect of a President Donald Trump guiding the nation's foreign policy.

This of course assumes that Mrs. Clinton's "experience" distinguishes her as a desirable alternative. Hardly, but Gearan found a couple of Republican converts around whom she framed her story (bolds are mine):

Retired Army Col. Peter Mansoor plans to vote for Hillary Clinton for president this year, but not because the longtime Republican and former top aide to then-Gen. David Petraeus has had a political conversion. He just thinks Republican Donald Trump is too dangerous to be president.

“It will be the first Democratic presidential candidate I’ve voted for in my adult life,” said Mansoor, a professor of military history at Ohio State University.

Clinton’s campaign hopes that there are many more national-­security-minded Republicans and independents who would vote for her, even grudgingly, rather than see Trump win the White House. Those voters are an important part of the audience for her case that she is fit to be commander in chief and that Trump is not.

Clinton has begun making that argument more forcefully as her long primary battle grinds to a close. She will deliver what her campaign calls a major foreign policy address in California on Thursday, focused both on her ideas and leadership credentials and on what she will describe as the threat Trump poses to national security.

“Clinton will rebuke the fear, bigotry and misplaced defeatism that Trump has been selling to the American people,” an aide said. “She will make the affirmative case for the exceptional role America has played and must continue to play in order to keep our country safe and our economy growing.”

What? An appeal to American exceptionalism? From someone who worked for a President who in his key speeches and actions has betrayed the fact doesn't believe in it, despite occasionally opportunistically claiming that he does?

The address will expand on themes Clinton sketched in a CNN interview in May, when she flatly said Trump, the presumptive Republican nominee, is not qualified to be president.

The speech Thursday in San Diego marks a turning point toward an argument that, by design, has not been as large a part of the primary campaign as Democrats expect it to be in the general election campaign. Although Clinton cast herself as by far the more experienced and qualified person to be commander in chief when campaigning against her rival for the Democratic nomination, Sen. Bernie Sanders, she often tried not to feed liberal suspicions that she is a hawk.

Clinton’s campaign celebrates each high-profile rejection of Trump by fellow Republicans and implicitly invites their support, but is leery of open courtship. ... “I would support a random name in the phone book” over Trump, said Philip Zelikow, a University of Virginia history professor who was a State Department official in the George W. Bush administration.

Perhaps Clinton's campaign is "leery of open courtship" because there really aren't many Republicans who believe that a President Trump would be more dangerous to national security than a second President Clinton.

Mrs. Clinton's speech is perhaps better seen as an attempt to seem more presidential to Democratic Party voters than Bernie Sanders. The Vermont senator is now in a statistical dead heat with her in pre-election polls less than a week before California's June 7 primary.

The Clinton campaign is already spending millions of dollars it had hoped not to have to spend in the Golden State, and it's fair to question whether Mrs. Clinton would be making this speech at all if Sanders wasn't presenting such a stiff challenge.

If this were the leading Republican contender fending off a late-primary challenger, I suspect Gearan would be framing a foreign policy speech such as the one Mrs. Clinton plans to deliver as a cynical pre-primary attempt to create distance between the frontrunner and his or her rival. 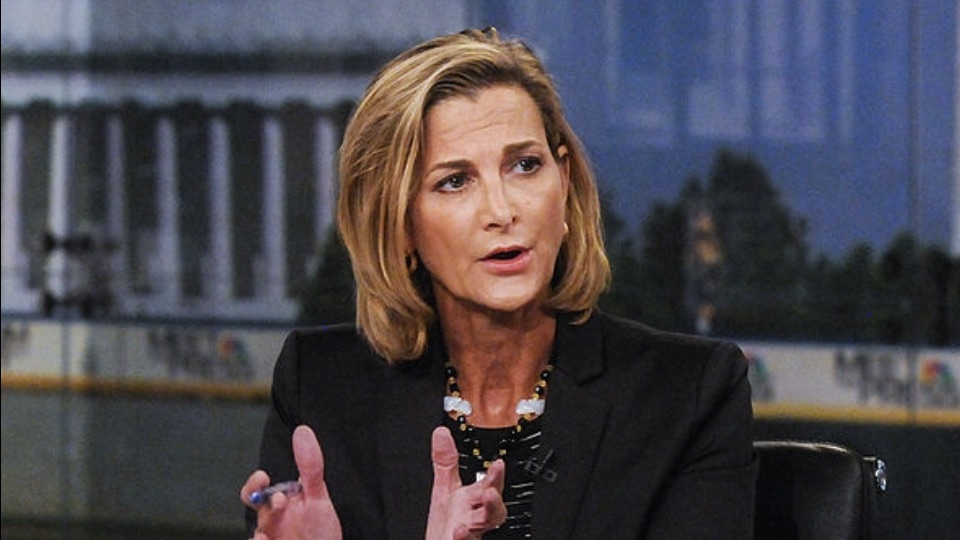 In October 2012, as it became clear that the terrorist assassination of four Americans in Benghazi, Libya, including Ambassador Christopher Stevens, was not incited by an Internet video, as Mrs. Clinton claimed, Geared fretted that Benghazi could be "a threat to her much-admired legacy."

In January 2013, after Mrs. Clinton's infamous and disgraceful "What difference does it make?" congressional hearing appearance, Gearan claimed that she had delivered "a forceful defense."

As to the wisdom of "play(ing) up her experience," I suppose Mrs. Clinton could point to her unique experience of being under criminal investigation by the FBI for mishandling classified information — another matter which Gearan naturally ignored.