In 'Scandal-Free' Obama Years, EPA Has Employed a Molester, a Fake CIA Agent, and Other Frauds

On Saturday morning, Tom Johnson at NewsBusters called attention to how Paul Waldman at The Week crowed about the Obama administration's supposedly scandal-free record consisting of "only piddling little scandalettes."

Waldman's fever-swamp take is made even more hilarious by the fact that he considers George W. Bush's "selling of the Iraq War" a genuine scandal. But somehow, President Barack Obama's selling of the Affordable Care Act, aka Obamacare — where even the reflexively leftist evaluators at Politifact labeled his core "If you like your plan, you can keep your plan" promise the Lie of the Year in 2013 — must not be a scandal, or is at worst a "piddling little scandalette."

Waldman, along with most of the establishment press, which has consistently ignored hundreds of examples of scandals and scandalous behavior during the Obama administration (more on that later in this post), surely won't consider the "90 EPA employee misconduct cases pending" anything more than "piddling." The rest of us in the real world will, so what follows are just a few of them, as described by Jacqueline Leo at The Fiscal Times on May 18.

Leo incompletely described the outrageousness of the first situation she described (items numbered by me; bolds are mine):

[1] A child-molesting Environmental Protection Agency (EPA) official who was paid $55,000 to retire is only one of many bad agency employees who skirted termination, according to a congressional committee. (The Daily Caller had more detail on this situation, noting that this "convicted child molester — was on EPA’s payroll for years, even after EPA learned of his offense." — Ed.)

... EPA officials tried to fire the molester, but the Merit Systems Protection Board stepped in and overturned the decision. 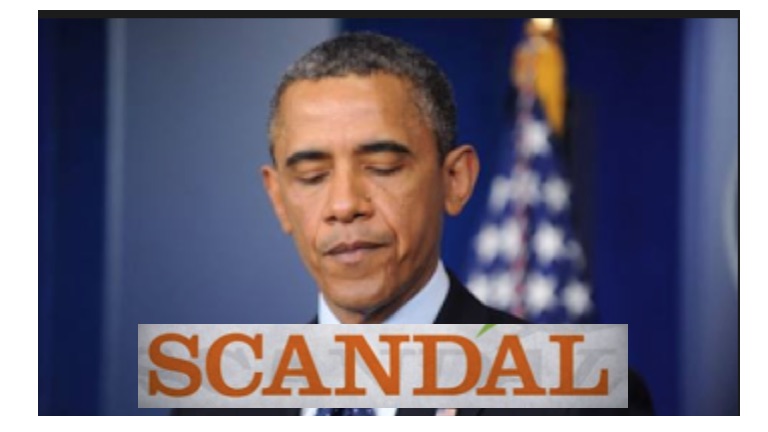 ... The EPA has been accused of having systemic personnel problems. [2] In one case, Allan Williams, deputy assistant inspector general for investigations, said that an EPA manager allowed an employee to stay home and not report to work for 20 years. The auditor said it started as an accommodation to work at home due to a medical condition, but then apparently escalated into full-blown fraud. The doctored records showing the worker was on the job cost taxpayers a cool $500,000. (The Department of Justice declined to prosecute.)

[3] Then there was the employee who confessed to spending two to six hours a day viewing pornography while working. He, too, was paid during his tenure at the EPA.

[4] One of the more bizarre stories belongs to John Beale, who swindled the EPA out of nearly $900,000. Beale was a highly paid senior policy adviser in the EPA’s Office of Air and Radiation who claimed he was doing “intelligence work for the CIA in Pakistan.”

He would be gone for months on his missions when in fact, he was in at his vacation home in Cape Cod. His $200,000 a year salary allowed him to defraud the government out of more than $900,000.

That's just four "scandalettes" out of the 90 which are pending at just one agency which is now being run by a person who scandalously ignored serious personnel problems in her ranks — and got promoted anyway. How many "scandalettes" does it take to equal one genuine scandal?

The fallout from the John Beale saga shouldn't be anywhere near over, based on how the EPA mishandled the situation, as described by the watchdog group Judicial Watch:

... OAR is feared by American companies because it develops polices and regulations associated with climate change air pollution that can impose huge costs to both consumers and businesses. McCarthy headed OAR from 2008 to 2013 when Beale was a high-ranking senior policy adviser, which means the EPA Administrator directly managed him at the time. Beale also defrauded the agency by receiving unlawful reimbursements for upscale personal travel, claiming to be away working for the CIA for 2 ½ years while he collected EPA paychecks and continuing to collect his full government salary years after officially retiring from the agency.

A U.S. Senate investigation blasted McCarthy, his boss at the time at OAR, for not taking action for months after learning that Beale committed fraud. “On March 29, 2012, an OAR official raised concerns about Beale’s retirement when he informed McCarthy that Beale was still on payroll,” the Senate report states. “Despite being aware of the fact that one of her subordinates was collecting a paycheck without providing any work product, this arrangement continued for seven more months before McCarthy ever contacted Beale.” In December 2012, McCarthy met with Beale for the first time in nearly 15 months and he told her he was no longer planning to retire. Beale wasn’t reported to the EPA Inspector General for another two months (i.e., until February 2013, 11 months after the initial concerns were raised — Ed.) and, though McCarthy had cause to fire him, she let him retire voluntarily with full benefits. Remember, this is the woman who runs the agency now.

Reminder Number 1 for Paul Waldman and the Democrats with bylines in the establishment press: The dictionary defines these as genuine examples of scandal ("a disgraceful or discreditable action").

Reminder Number 2: The intrepid Daniel Alman, aka Dan From Squirrel Hill, has compiled a list of 1,202 Well-Sourced examples of Barack Obama's Lying, Lawbreaking, Corruption, Cronyism, Hypocrisy, Waste, etc. It's now an Amazon Kindle book. No one anywhere can credibly claim that Barack Obama and his administration are "scandal-free" until they can prove why every single item listed, without exception, doesn't qualify as a scandal as the dictionary defines it.

The press would almost certainly have characterized at least the following items among the most recent 15 Alman compiled at his blog as genuine scandals if they had taken place under a Republican or conservative president:

#1,194 — The Obama administration illegally ignored a Freedom of Information request regarding its file on former CBS News reporter Sheryl Attkisson.

But during the Obama administration, these are only "piddling scandalettes."