For years, Andrew F. Puzder, the CEO of CKE Restaurants, the parent company of the Carl's Jr. and Hardee's fast-food chains, has been telling the world that while the U.S. government makes life needlessly miserable for businesses, California, where it has been headquartered, is exponentially worse.

This week, CKE announced that it is moving its headquarters to Nashville, Tennessee. A story at the Orange County Register failed to go beyond the company's deliberately non-combative statement to explain why. As far as I can tell, the Los Angeles Times hasn't covered the move at all (I can't be absolutely sure because the paper's search engine is demonstrably horrible). Meanwhile, LA's CBS News affiliate appears to have intentionally omitted their reporter's attempt to cite "the unfavorable economic climate here in California" as a factor contributing to the move from its print coverage of the story.

In June 2013, Puzder told the Wall Street Journal that his chain would not expand in California because the state "is not interested in having businesses grow," noting among many other things that it takes 285 days to get a building permit after signing a lease. This means the chain has to pay rent for over nine months, plus the time needed to build, while not earning any revenues.

Puzder also wrote roughy 15 columns at Human Events in 2012, most of them bemoaning the sluggish U.S. economy and onerous U.S. government policies and regulations.

The OC Register only noted the company's citation of its desire to consolidate separate offices in two cities (HT Powerline; bolds are mine throughout this post):

The parent company of Carl’s Jr., founded in Anaheim 60 years ago, is relocating its California headquarters to Nashville, Tenn. (Actually, it's 70 years, going back to 1945. The paper's reporters and editors apparently could use some remedial math. — Ed.) 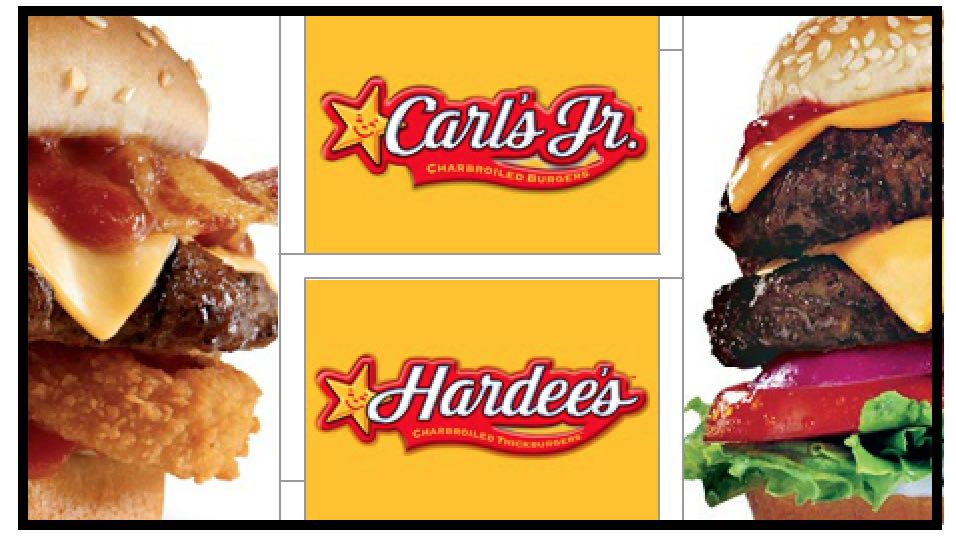 ... Officials did not provide a number of how many people will lose their jobs. The two corporate offices employ about 150 people.

... “Being highly franchised has also reduced our office space needs and, thus, made consolidating offices a more viable option,” the company said. “As such, early next year we will be consolidating our Carpinteria and St. Louis corporate offices in Nashville, which is centrally located and is one of the markets where we have retained company-owned restaurants.”

The company appears to have planned to move its headquarters to Nashville for years. This would explain why it has gone to the franchising model almost everywhere except Nashville. It can use its company-owned stores there to test new menu items and concepts before making them available to franchisees.

CKE could have chosen any large metro area for this strategy, including the area surrounding its current California headquarters. But it didn't. Nation's Restaurant News specifically notes that "Among the refranchised units are restaurants in Hardee’s headquarters city of St. Louis and in Santa Barbara County, Calif., where Carl’s Jr.’s home office in Carpinteria, Calif., is located."

Why did management clearly choose to go elsewhere? Among other things, Puzder told the Journal in 2013 that the Golden State's labor laws are intolerable:

... California's cumbersome labor regulations ... appear designed to encourage litigation. The company has spent $20 million in the state over the past eight years on damages and attorney fees related to class-action lawsuits.

Mr. Puzder's favorite California-bites-business story is a law that requires employers to pay general managers overtime if they spend 50% of their time on non-managerial tasks like working the register if they're short-staffed, "which is what we pay and bonus them to do in just about every other state." Since managers were filing class-action lawsuits against the company for not being paid overtime, "every retailer in the state basically has now taken their general managers and made them hourly employees."

The managers hated the change "because they worked all their careers to get off the base to become managers," he says, and paying themselves overtime could hurt their restaurants' bottom lines and chances of a bonus. Mr. Puzder adds that his company must now fire managers who don't report their work hours because they present a legal risk.

He tells the fired managers "to go to Tennessee or Texas, where we'll rehire them and they'll learn entrepreneurial skills." General managers for CKE restaurants earn on average $50,000, Mr. Puzder says, and can make 100% of their salary in bonuses.

... Like Texas, Tennessee doesn't have an income tax. But in any case, he says, "Who cares where our corporate offices are? Quite honestly, what difference does that make? . . . The important point is where are you building?"

A story at the Los Angeles TV affiliate of CBS News failed to include its reporter's wrap-up to her video story in its accompanying text. Readers will have no trouble figuring out why once they read what was omitted:

REPORTER SERENE BRANSON, KCAL9 NEWS: And we did ask a rep for CKE Restaurants if this has anything to do with what many people consider the unfavorable economic climate here in California. A rep said that "the statement simply speaks for itself."

It certainly does, if one is willing to grasp its meaning in full context.

Kudos to Branson for asking the question. Brickbats to CBS-LA for failing to print her question and the company's response.