The headline writers somehow heard the entire U.S. economy start the year off "with a bang." Meanwhile, Crutsinger, continuing to earn his designated title of "worst economics writer" given by Kevin Williamson at National Review almost three years ago, picked up the sound of consumers who "roared back to life" in January. Those of us in the real world utterly failed to detect these things. What would we ever do without the extraordinary talents of the people at AP?

The foundation for this extrasensory extravaganza was what Crutsinger called "a double dose of good news" from the government's Bureau of Economic Analysis.

The first told us that the nation's economy grew at a revised annual rate of 1.0 percent during last year's fourth quarter, up from the 0.7 percent reported a month ago. Who would have thought that the "new nornal" standards for economic performance would move the bar so low that 1.0 percent growth would be considered "good news"?

The second dose of news from the BEA was that personal income and outlays posted genuinely strong results in January (up 0.5 percent and 0.4 percent, respectively, in real terms). That's fine, but this performance followed five collectively mediocre months, and the seasonally adjusted result was likely favorably influenced by relatively mild winter weather after two awful previous Januarys. Only the Associated Press, aka the Administration's Press, could take one solid month of data in one report and transform it into proof that entire economy started off the year "with a bang," and that "consumers roared back to life."

But that's what the wire service did: 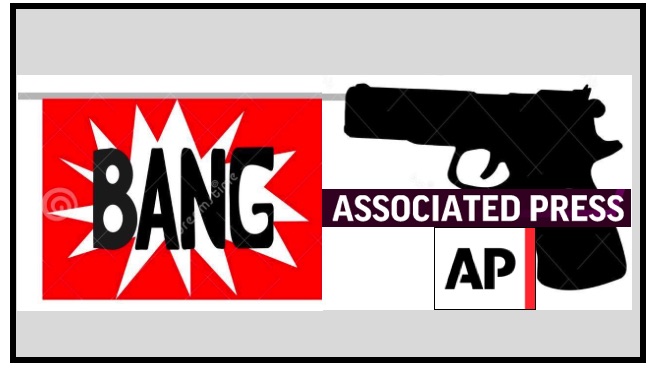 The U.S. economy got a double dose of good news Friday. Economic growth in the final three months of 2015 didn't slow as much as previously estimated, and consumers roared back to life in January, spending at the fastest clip in eight months.

The Commerce Department said that consumer spending increased 0.5 percent last month, the best showing since May and far higher than the tiny 0.1 percent gain in December. Economists are expecting stronger consumer spending, which accounts for two-thirds of economic activity, to lift overall economic growth in the new year after a fourth-quarter slowdown.

There he goes again.

Consumer spending does not account "for two-thirds of economic activity." It is the end result of all of the economic activity that came before it. Tracking consumer spending is a necessary element of tracking the size of the economy, only because any attempt to track it from the ground up by measuring the actual output of all individual goods and services would be prohibitively costly and still likely inaccurate, even after herculean efforts to get it right.

Depending on who is making this "two-thirds of economic activity" claim, it's a fundamental misunderstanding or a deliberate misstatement. The focuse on spending explains why Keynesian economics fails to create long-term, sustainable growth without significant collateral damage.

Keynesians believe they can grow the economy by convincing people — and companies, and governments — to spend more. So governments guided by Keynesianism enact all kinds of measures to "stimulate" that spending by running deficits, increasing transfer payments, and the like. That can work in the very short-term if it's perceived as sustainable. The problem is that it's not seen that way any more, because governments around the world have essentially run out of other people's money. As a result, producers and service providers don't respond by investing in more productive or service-providing capacity, which is what really drives long-term sustainable growth.

Thus, whatever reported economic growth Keynesian policies can squeeze out of an economy — not necessarily genuine growth, as noted earlier — is purchased at a horrible cost. In this nation's case, it's seen in trillions of dollars in deficit spening during the past eight years; an even larger increase in the national debt; many corporate balance sheets that are a wreck, leaving them very vulnerable to a downturn; and record consumer debt, including over $1 trillion in student loans few believe will ever be fully repaid.

Here are a few things the rest of us in the real world heard about January. They clearly did not have sounds resembling what the AP's headline writers and Crutsinger claim to have heard:

Finally, if the economy is off to such a "bang-up" start this year, why is the first-quarter GDP growth estimate at Moody's, run by incurably optimistic economist Mark Zandi, only predicting annualized growth of 1.6 percent? (Note: The graph at the link shows 1.6 percent, indicating that the narrative, which predicts 1.2 percent, hasn't been updated.) That's far below predictions of 2.3 percent and 2.5 percent the AP's Crutsinger carried in his dispatch.