Records are made to be broken, but apparently government spending records are not meant to be reported.

The Monthly Treasury Statement released today showed that the federal government spent a mind-boggling $374.86 billion in July. That's an all-time single-month record, surpassing the previous high of $369.39 billion "achieved" in August 2012. Yes, there was a calendar "quirk" which caused this month's report to include five Fridays of disbursements; but that happens four times a year, and a record is a record. Of course, Martin Crutsinger, as he rehashed his shopworn fibs about why the government has piled up deficits during the Obama era, did not cite the new spending record, or even its amount (bolds are mine):

US BUDGET DEFICIT SWELLS IN JULY DUE TO CALENDAR QUIRK 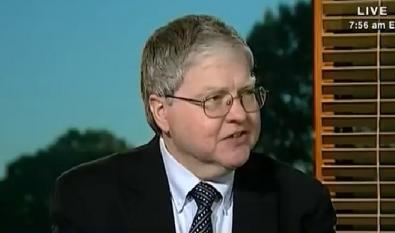 The U.S. government ran a much higher budget deficit in July than a year ago, but it's still on track for the lowest full-year deficit in eight years.

The Treasury Department said Wednesday that the July deficit totaled $149.2 billion, up from a deficit of $94.6 billion a year earlier. The deterioration stemmed mainly from the fact that Aug. 1 fell on a Saturday. As a result, the government paid out $42 billion in August benefits in late July instead.

Through the first 10 months of this budget year, the deficit stood at $465.5 billion, 1.1 percent higher than a year ago. The outlook for the full year looks more promising. The Congressional Budget Office estimates that the year-end total will drop to around $425 billion, making it the lowest deficit since 2007.

The expected improvement this year reflects a strengthening economy, with tax revenues rising as more people find jobs and the government pays out less in unemployment benefits.

The government is on track to collect over $3.2 trillion by the end of the fiscal year, almost $700 billion more than was collected in fiscal 2007. Now, after seven years of huge deficits, we're supposed to be celebrating "improvement," because the deficit will drop to only $425 billion?

If annual spending had "only" increased by $500 billion, or 18.3 percent, since 2007, when it totaled $2.73 trillion, this year's budget would balance. Instead, spending will come in at least $900 billion and possibly $1 trillion higher, making mincemeat out of the following tired narrative Crutsinger routinely issues when the Treasury's monthly reports appear:

Last year's deficit dropped to $483.3 billion, down from $679.5 billion in 2013. For the four years before 2013, the deficit had ballooned to above $1 trillion as a deep recession cut into revenues and expanded spending on programs such as unemployment benefits.

What a crock, especially on the spending front. The fact is that the so-called "stimulus" of 2009, falsely advertised as a temporary, two-year effort, was instead used as a mechanism to permanently ramp up the federal spending baseline across the board (except for the military, naturally) by several hundred billion dollars.

At National Review today, in commenting on the ignorant exploits of ABC's Chris Cuomo, another useless "journalist," Kevin Williamson reinforced his 2013 assessment of Crutsinger as "The Worst Economics Writer" by also characterizing him as the "most-useless man in journalism."

Unfortunately, Kevin, Crutsinger can be seen as useful — in the Leninist sense.