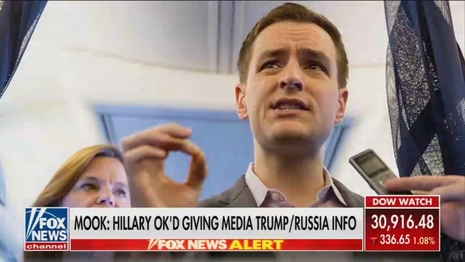 A less Clinton-backing media elite might have found a -- well, "bombshell" in Friday's court testimony by former Clinton campaign chairman Robby Mook that "Hillary Clinton personally authorized her campaign to share since-debunked computer data linking Donald Trump with a Russian bank" in 2016, an attempt to paint Trump as compromised by the Russians.

At least the Durham probe made page A8, under this very bland headline: "Sussmann prosecutors take aim at Clinton, FBI, media." Is that MEANT to be passed over!? But worse than that, the Mook testimony did not appear in Devlin Barrett's overview until paragraph 25.

This is that comical way liberal journalists claim "Hey! We covered that!" Yeah, it was buried, six feet under in newspaper terms.

Mook told jurors the Clinton campaign simply “did not trust” the FBI. “Two or three of the most damaging days of the campaign were caused by James Comey, not Donald Trump,” he said, referring to how the FBI had handled the email case.

Mook added that Alfa-Bank was just one of many stories at the time about possible connections between Russia and Trump.

This seems to overlook that Hillary was promoting the story as a big deal on Halloween 2016. 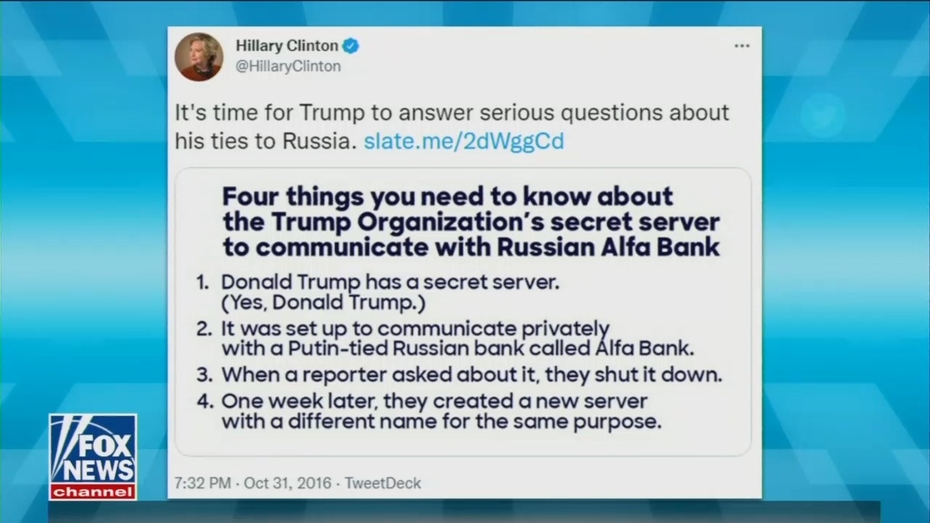 Mook is right that Clinton and her affiliated lawyers, campaign staffers, and opposition researchers were selling a raft of "collusion" stories to the Post and the other liberal media outlets...and the liberal media gave great coverage to them all. Now, the Durham probe is submerged.

Compare that to the Post promoting its favorite narratives on Sunday. Above the masthead, they promote the front of the Metro section is about...George Wallace for President 1972?? (Um, he ran as a Democrat, but that was conveniently tucked inside on page C-8).

The Outlook section is touted on Page One as "Reporters find pain, hope in telling George Floyd's story." It's promoting the new book by black Post reporters Robert Samuels and Toluse Olorunnipa. In huge words on front of Outlook were these quote headlines:

"Before reporting this book, I considered systemic racism to be an unmoving, dark cloud that hung over us. As I watched life unfurl for these families, I understood that the residue of America's original sin was something more terrifying."

"Racism is a pervasive, insidious force threatening to corrupt the spirit of every American if it is not acknowledged and confronted."

Below that on the front of Outlook is "Abortion, the Buffalo massacre, and white Christian nationalism: A toxic ideology overlaps with increasingly mainstream views, say sociologists Samuel L. Perry and Philip S. Gorski."