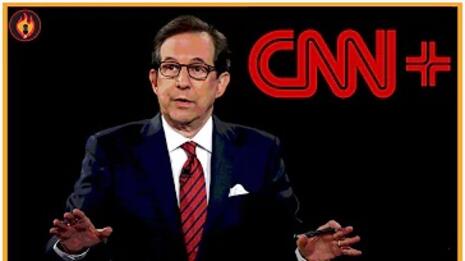 Chris Wallace announced he was leaving Fox News, and then he joined CNN’s new streaming service. He even said he was “delighted to join Jeff Zucker and his great team.” Oh, the network of Chris Cuomo? And Jeffrey Toobin? And Don Lemon?

Ratings-wise, this is like leaving the Super Bowl champs and joining the Detroit Lions. Wallace said he’s excited “to go beyond politics to all the things I'm interested in.” He’s 74, and we’ll see what he wants to do. It sounds like it won’t be just politics. Maybe he'll bake cupcakes?

A Fox source told Brian Stelter his departure felt "like a death in the family" at the bureau. On Fox's MediaBuzz, host Howard Kurtz wished Chris Wallace well at CNN, and called it a "major loss" for Fox News. Is it? Let's see what happens to the Fox News Sunday ratings. One thing we CAN guess: The Democrats now will really oppose a debate moderator from Fox. Maybe the new host can be that nominee.