The hottest trend in liberal media terminology continues! Luke Gentile at the Washington Examiner reported The Washington Post officially updated its stylebook to de-emphasize the term "pregnant women" in favor of "pregnant individuals" to reflect their aerobic efforts "striving to be as inclusive as possible."

The change was announced on Twitter on Friday afternoon by Travis Lyles, the Post's new "Instagram editor." The tweet was then made private (vanished from public sight). The tweet sort of died in darkness. But here it is: 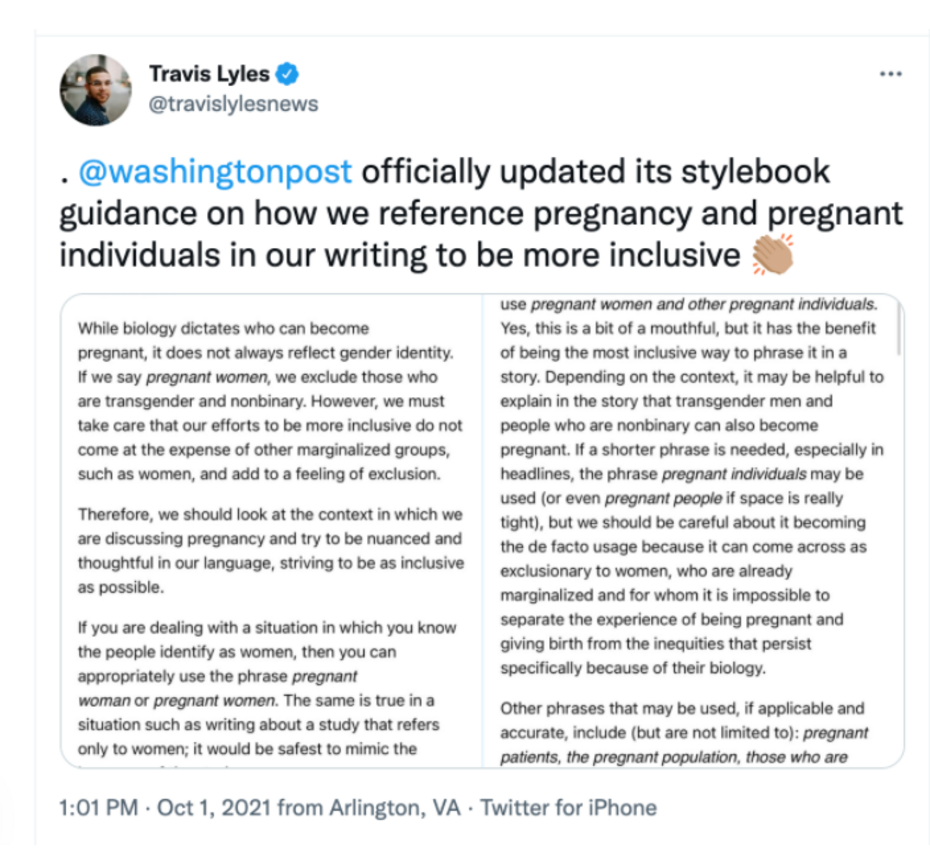 "While biology dictates who can become pregnant, it does not always reflect gender identity," the updated style manual reads. "If we say pregnant women, we exclude those who are transgender and nonbinary."

They still fret that women feel bad about this: "However, we must take care that our efforts to be more inclusive do not come at the expense of other marginalized groups, such as women, and add to a feeling of exclusion." This is quite a sticky wicket, if it's all about "feelings." Actual biology isn't the point. 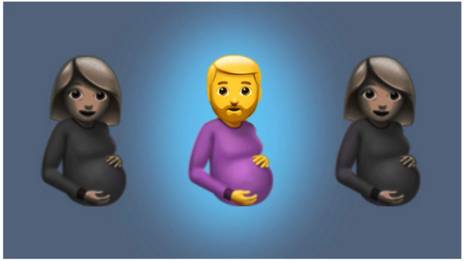 So the official guidance is to "try to be nuanced and thoughtful in our language, striving to be an inclusive as possible. If you are dealing with a situation in which you know the people identify as women, then you can appropriately use the phrase pregnant woman or pregnant women," the directive stated. "In other situations, to be more inclusive, use pregnant women and other pregnant individuals."

At least the unnamed author of this political correctness memo acknowledged "this is a big of a mouthful."

The liberal guilt is unmistakable. They don't want "pregnant individuals" to be the "de facto usage" because "it can come across as exclusionary to women, who are already marginalized and for whom it is impossible to separate the experience of being pregnant and giving birth from the inequities that persist specifically because of their biology."

There are other "applicable and accurate" phrases that may be used by Post writers, including "pregnant patients," the "pregnant population," and "those who are pregnant."

The Daily Caller noted this is all the rage among Democrats.

The Democrats’ $3.5 trillion spending bill refers to mothers as “pregnant individuals” and “lactating individuals” on 11 occasions, and the British medical journal The Lancet referred to women as “bodies with vaginas” on their September 25 cover.

This sensitivity to the "marginalized" does not extend to all groups. For example, consider people who choose to forego the COVID vaccine. They are considered as public enemies, and hostile to science, so they aren't offered respect for their disrespected choices. Ridicule for them is richly deserved.