Column: Preaching the Gospel of Woodward

The Federal Election Commission recently rejected a claim by the Republican National Committee, ruling that Twitter didn’t violate campaign finance laws when it prevented users from sharing New York Post articles on the contents of Hunter Biden’s laptop in 2020. The New York Times is still falsely claiming it was "unsubstantiated."

Liberal outlets often try to ignore conservative journalism, refusing to recognize facts and substance that they fear are damaging to the Democrats. The closer the election gets, the more hypersensitive their censoring instincts become. They repeated Democrat claims of “Russian misinformation” and moved on. 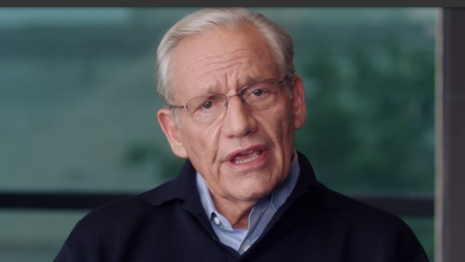 This never happens to Bob Woodward, the “legend” of The Washington Post. He is, to liberals, the gold standard of information. He never commits misinformation. Nothing ever needs to be substantiated. No source ever needs to be identified. No “reconstructed conversation” is ever doubted. The Bible is treated less reverently than Woodward’s latest gospel.

The alleged scripture this time around is that Gen. Mark Milley, the chairman of the Joint Chiefs of Staff, was so frightened by what President Trump might do in late 2020 and January 2021 that he had conversations with a general in China, advising him that if there was going to be some crazy nuclear attack from Trump, he would give the communists a heads-up.

Conservatives were immediately up in arms at the treasonous sound of this. But the first question should be: Can Woodward be trusted? Why does no one attempt to substantiate this before reporting it, willy-nilly? Obviously, reporters attempted to follow up after this tidal wave hit the beach. But that’s not the way Hunter Biden stories were treated. To report on Hunter’s lobbying exploits (not to mention the sex-and-drugs exploits) was perceived as some kind of repellent Trump-enabling act.

There are many reasons why Woodward’s first draft of history should be questioned, starting with his incredibly opaque style of reporting, with some 200 interviewees behind a wall of anonymity.

Sometimes, Woodward’s hot scoops crumble under scrutiny. In Woodward’s 1987 book Veil, he claimed that former CIA director Bill Casey gave him a deathbed confession that he had known about the diversion of Iran arms sale money to the Nicaraguan anti-communist resistance. But Casey’s daughter, Bernadette Casey Smith, said Woodward “never got the deathbed confession.” Woodward quoted William Donnelly, CIA head of administration, in his defense: “Woodward probably found a way to sneak in.” Probably?

This wasn’t the only questionable hospital story in Veil. Woodward also claimed that President Reagan’s recovery from his 1981 assassination was poor. Reagan could “concentrate for only a few minutes at a time” and was only able to “remain attentive only an hour or so a day.” Reagan’s physician, Dr. Daniel Ruge, told the AP that Reagan’s recovery was “superb… I never saw anything like that…it’s certainly news to me, and I was there all the time.”

The liberal media can’t seem to recognize that Woodward’s books have a strong bias, depending on who is in power. Republicans are punished, while Democrats get a softer touch. Woodward knows who buys his books, and they are not Republicans.

Almost any TV interview with Woodward displays his partisan tilt. In 1999, Woodward asserted on Hardball (when it aired on CNBC) that “Hillary went through her own Stations of the Cross in the Whitewater investigation, pre-Monica.”

So Hillary suffered like Jesus being crucified. That’s the liberal journalist attempting to use Catholic metaphors and failing, badly. The gospel of Woodward finds gods in the strangest places, gods who flagrantly lied their way through scandals while journalists kissed their cheeks like they were holy.