Only 35% of Republicans today say that they trust national news organizations, compared to 70% in 2016.

Conservative trust in national news organizations has fallen by 14 percentage points since late 2019, compared to single-digit percentage point drops each year during the Trump era.

While Republicans tend to have a higher levels of trust in local outlets, they still trust local media far less than their Democratic counterparts.

Both parties have little trust in social media platforms, but about half as many Republicans say they trust the information they get from social media compared to Democrats.

...The big picture: The polarization of trust in the media presents one of the most clear and troubling signs for American democracy. 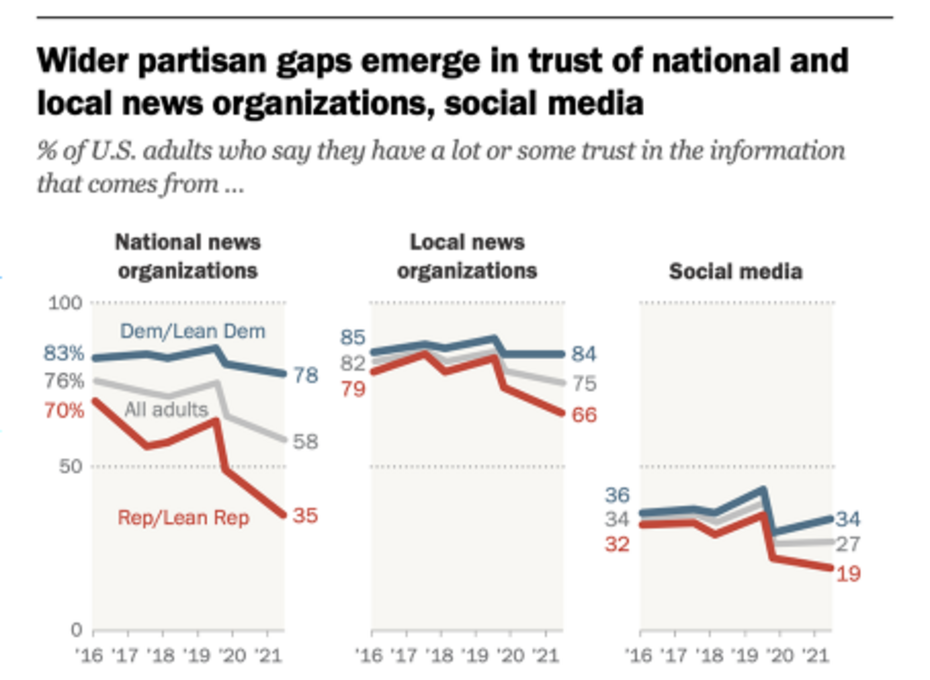 Fischer added "Pew's findings echo a similar long-term study from Gallup last year, which found that Democrats' trust in mass media had grown to a near-record high during the Trump era, while Republicans' sunk to an all-time low."

CNN's Brian Stelter hit the panic button at the top of his "Reliable Sources" newsletter and associated the conservative media with "flooding the zone with s--t." (Bolding is Stelter's.)

Let's be honest and recognize that this trust-in-national-news gap isn't happening in a vacuum. NYU journalism professor Jay Rosen said his takeaway was that "Republicans trust everything less, including social, often seen as a freewheeling alternative to The Media, icon of right wing resentment theatre. Flooding the zone with s*** works. It lowers trust in the entire system, so the worst among us can profit."\

The "flooding the zone" strategy includes a never-ending Fox News narrative about Big Media and Big Tech censoring and hurting and destroying everyone in its way. 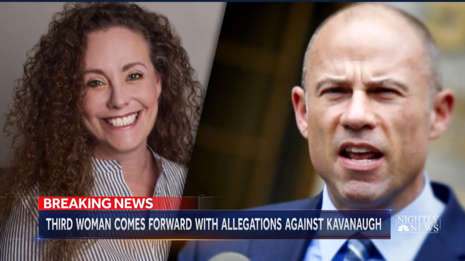 Surprisingly, he cited Ed Morrissey at Hot Air to argue the conservative (and anti-CNN) view. Morrissey's "grievances" (as Stelter put it) included "the Russia-collusion social panic fueled by media," "the media's tongue bath given Andrew Cuomo while thousands of seniors died," and "the pile-on targeting Brett Kavanaugh and the media's embrace of Michael Avenatti."

(This spot-on passage of Morrissey wasn't quoted: "this reads more like a scolding of those who are insufficiently devoted to the media faith. No other industry blames its customers for declining reputations, at least not without eventually blinkering out of existence.")

It's completely tiresome that liberals and leftists equate trust in their partisan media with the success of democracy. Stelter also quoted David Roberts at Vox: "The decades-long, extremely well-funded conservative effort to completely cut its suburban/rural base off from mainstream sources of information has basically succeeded. Not clear that democracy can survive it."

Identifying yourself as the "mainstream" is the first mistake of arrogant liberal journalists. Identifying conservative efforts to expose liberal media -- like NewsBusters -- as killers of democracy is especially loathsome. We'll put on our Tom Cruise costume and yell "You can't handle the truth!"