Column: You Can't Be Friends with Conservatives? 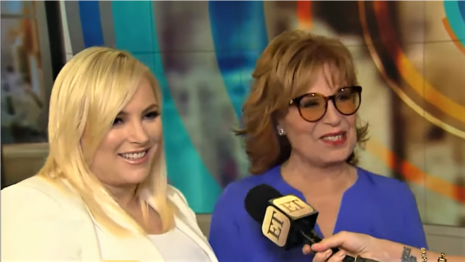 One of the most obvious misconceptions about liberals today is that they personify tolerance. The Oxford Dictionary defines tolerance as “the ability or willingness to tolerate something, in particular the existence of opinions or behavior that one does not necessarily agree with.”

This was underlined by CBS News digital reporter Kathryn Watson, who tweeted out a chart of some of these numbers, adding “This is so wild to me. I can’t imagine not having friends across the political spectrum.” Twitchy.com captured a flock of “tolerant” leftists expressing hot outrage at this notion.

First up was Aaron Rupar, a Vox reporter who’s popular on lefty Twitter: “It’s hard to be friends with intolerant and irrational people.” That’s classic: I’m not intolerant. I am intolerant of the intolerant.

“Powerful Mel Ankoly” joked with this interpretation: "I've got Klan friends and non-Klan friends!" Leftists imagine you can’t possibly be a Republican without being a Klansman. Aren’t these people supposed to be the ones who are intellectually nimble, adept at nuance? No.

“GOPocalypseNow” added “Shorter Kathryn Watson: ‘it’s only normal to have friends who are racist traitors.’” Here’s just one more, from “Masked Carpenter,” who arrogantly announced “I don’t want to be friends with racist, anti-science people who support a police state. But that’s just me.”

Derek Thompson of The Atlantic, whose tweet Watson tweeted over, deleted the tweet, perhaps to evade incoming fire at his account. He later tweeted in support of the notion that Twitter “is mostly a Dutch oven of indignation.” Or: Twitter is full of some of the most intolerant, bullying leftists on the planet.

I don’t know Kathryn Watson. She’s not a friend of mine. But I have liberal friends, and I don’t generally speak about politics in mixed company unless I’m asked about it. That’s out of a sense of keeping the peace. Decades ago, my wife insisted this would be the wisest course.

The Survey Center found 55 percent of their sample said they discuss politics or government with their friends less than a few times a month. There’s a fear there of losing friendships, and even losing jobs, if you’re talking to work friends. Social media has enhanced the heat of our political interaction. So has Donald Trump, who has enraged the left further into its already-increasing intolerance.

Today, merely stating to friends that Trump did anything right as president could cause a frothing horror. The same thing could happen after saying “all lives matter,” or “there are two genders,” or “China is responsible for the pandemic.”

Then imagine people you’ve just met. It's sad when you're conservative that people can't see any dimension of you except the political one. You’re immediately a “racist traitor” unless proven otherwise.

This "progressive" thought-cartooning just sadly calls to mind the 80s movie WarGames about simulating global nuclear war: “The only winning move is not to play.”