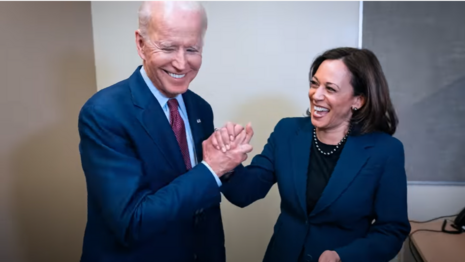 PolitiFact’s aggressive defense of Biden and Harris popped up again on Friday. They tagged it as “False” for a Tik-Tok video that “Says Joe Biden and Kamala Harris distrusted COVID-19 vaccines.”

The quotes in the video are all accurate, but they caused Facebook to flag the video as “Missing Context.” As in – the editing is too negative for their liking. Once again, they’re not “fact checking” – they’re context checking.

The short summary in Tom Kertscher's article proclaimed “Video clips appear to show Joe Biden and Kamala Harris raising doubts about COVID-19 vaccines, but they were raising concerns about the rollout by then-President Donald Trump, not the vaccines themselves.” [Emphasis mine.]

THAT is not accurate. If you suggest someone shouldn’t trust the vaccine until something happens – in this case, until the Democrats are elected – you’re sowing distrust in the vaccines.

They bolded the part the "False" video includes. Many remember Kamala Harris in the vice-presidential debate: 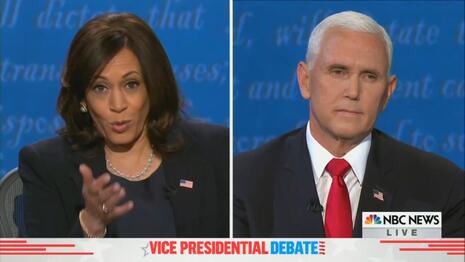 A Biden critic might giggle that PolitiFact thought it was more contextual for Biden to champion vaccines "free of politics," which certainly didn't represent their don't-trust-them campaign. In a September 27, 2020 video call with the AFL-CIO, Biden said:

"Charting a clear path of science-based vaccines, free from politics. I get asked the question: ‘If the president announced tomorrow we have a vaccine, would you take it?’ Only if it was completely transparent, that other experts in the country could look at it, only if we knew all of what went into it. Because so far, nothing he’s told us has been true."

You can see the videos aren't wildly out of context. They might lack the Trump critique. In a video for a black and Hispanic journalists convention on July 6, 2020, Biden said:

'People don’t believe that he’s telling the truth, therefore they’re not at all certain they’re going to take the vaccine. And one more thing: If and when the vaccine comes, it’s not likely to go through all the tests that need to be done, and the trials that are needed to be done."

Biden was casting doubt on any vaccine that could be ready before the election, which isn't "free from politics" He said in a September 2, 2020 TV interview:

"Enormous pressure put on the CDC not to put out the detailed guidelines. The enormous pressure being put on the FDA to say they’re going, that the following protocol will in fact reduce, it will have a giant impact on COVID. All these things turn out not to be true, and when a president continues to mislead and lie, when we finally do, God willing, get a vaccine, who’s going to take the shot? Who’s going to take the shot? You going to be the first one to say, ‘Put me — sign me up, they now say it’s OK’? I’m not being facetious."

The video was selectively edited to leave out the context of their statements. Their full statements show they were raising doubts about Trump’s trustworthiness, his ability to roll out the vaccines safely and the risk of political influence over vaccine development.

We rate the video False.

This is part of the same pattern we found in a study of PolitiFact after the first 100 days: Biden was fact-checked 13 times, but attacks on Biden were fact-checked 106 times.