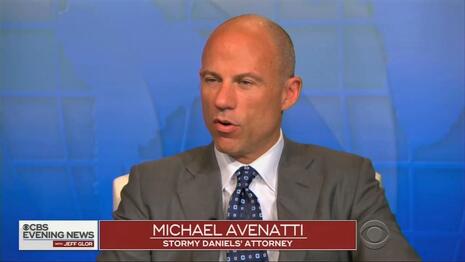 In 2019, NewsBusters counted 254 interviews with Avenatti, led by CNN with 122 and MSNBC with 108...and now MSNBC had nothing. ABC offered a brief update, but CBS and NBC skipped it.

In a Nexis database search of MSNBC transcripts, there's been only one mention of "Avenatti" in the last six months...but there were still 33 mentions of "Stormy Daniels."

In other topics, we discuss CNN's cranky stories on white "panic" over Critical Race Theory. The expert they selected has written some crazy stuff on the internet. We also discuss Jen Psaki nudging White House reporters to sing Happy Birthday to a colleague, and Capitol Hill reporters talking about their trauma six months after the riot.

Enjoy the podcast below, or wherever you listen to podcasts. We thank you for listening.