In Thursday's Washington Times, reporter Mica Soellner wrote a story on former Gov. Douglas Wilder calling out Terry McAuliffe, another former governor who's running for another term. The headline was "Wilder accuses McAuliffe of flip-flopping on blackface scandals." That's a mild headline, since Wilder stated the obvious. 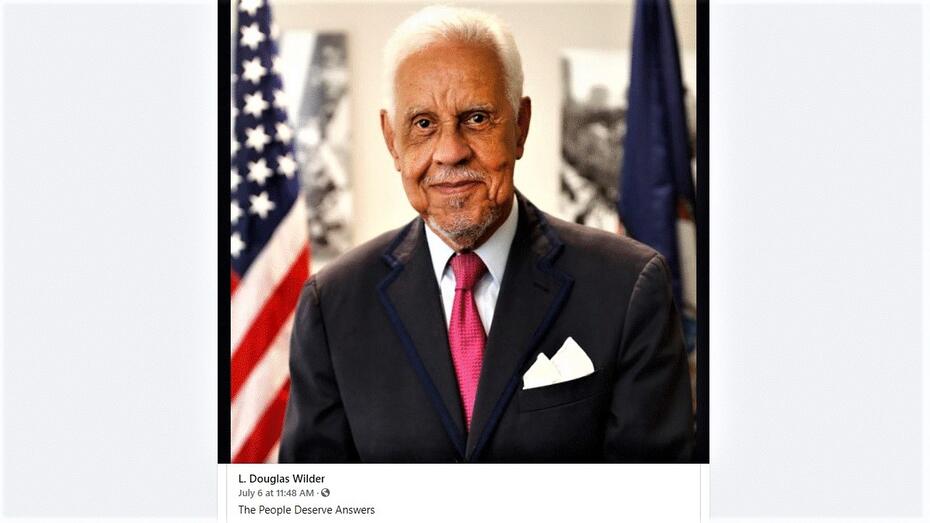 “Two years ago, Terry McAuliffe called for all three persons occupying the offices of Governor, Lt. Governor, and Atty. General to resign,” Mr. Wilder wrote in a Facebook post on Tuesday. “Today, McAuliffe is asking people to vote for that A.G. who served as his attorney general, and seeks the continuing support of Northam.”

Mr. Wilder, who served as governor from 1990 to 1994, previously criticized Mr. McAuliffe’s bid to run for governor, which he insinuated had blocked the pathway for candidates of color to seek the seat.

This story is nowhere to be found at The Washington Post, which can often be characterized as a Democratic Party of Virginia house organ. An April endorsement from their editorial board was so florid that McAuliffe made an advertisement with it....and tacked on his endorsement from Gov. Blackface:

Reporters often protest "but that's the editorial page, that doesn't reflect the news reporters." Well, if they want to prove the reporters are more independent, they could always report on Wilder's latest comments.