Column: CNN's View of Rioters Depends on Their Politics

CNN is putting a major emphasis in recent days on “new” videos of the dreadful January 6 riot at the Capitol, expressing outrage in heavy rotation over Republicans who would try to dismiss what happened at the Capitol as resembling a routine day of tourism. You can’t say the people there were “mostly peaceful.”

CNN even aired an hour-long anti-Republican primetime special on Sunday, May 16 entitled The Radical Rebellion: The Transformation of the GOP. CNN host Fareed Zakaria began by lamenting how “An American president incited an angry mob to attack the U.S. Capitol.”

He concluded by decrying the GOP as “a band of ideological warriors with apocalyptic visions that fuel the end of days, see opponents as traitors and devils, and believes that all methods are sanctioned in its battle to save civilization and itself. In short, the Republican Party needs to have a political exorcism, drive out its demons and come to terms with the modern world.”

Just five days earlier, Zakaria appeared on CNN to explain away Hamas launching thousands of missiles at Israeli cities. No one in Gaza needed to have “a political exorcism.” They “have to” kill innocent people to get attention: “What the Palestinians have to -- I mean, they're frustrated -- they're trying to get -- uh -- get some kind of attention.” 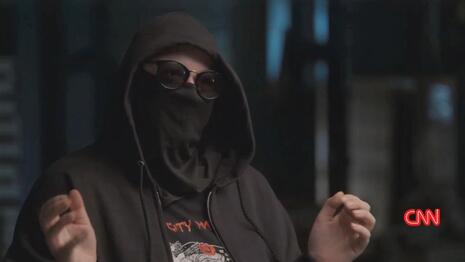 Bell claimed: “After weeks of mostly peaceful protests, Donald Trump flooded Portland with federal agents to ‘protect federal buildings,’ unquote….This kind of violent federal deployment over the objection of state and federal officials is not something most of us are used to seeing in America, and we shouldn't get used to it.”

He didn’t explain the “quote, unquote.” On July 20, 2020, the federal courthouse in Portland was besieged by hundreds of protesters. They took hammers to the plywood protecting the building and broke windows and set fires. A few days later, a spokesman for the U.S. Marshals Service reported about 19 deputies sustained “multiple traumatic injuries” from hammers, lasers, and other items, and were “doused” with “unidentified chemicals” and hazardous chemicals, including “bleach and human waste.” 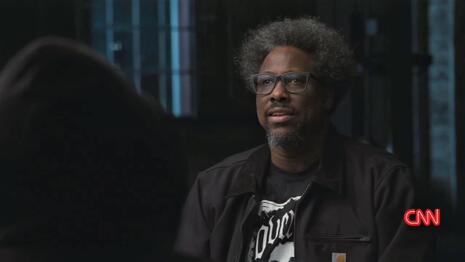 Kamau Bell was so dishonest that he never acknowledged violence and property destruction from the leftist protesters, not for one lousy second. He even skipped the murder of right-wing counterprotester Aaron Danielson last August. Bell painted the violence as 100 percent coming from federal agents, and none from the Left.

Bell also decried attacks on people filming protests: “Thanks to Trump and his fake news, covering protests in 2020 turned out to be dangerous. Countless reports of law enforcement abusing the people trying to document the protests have come out of Portland.” Bell completely skipped over Antifa’s typically violent reaction to being filmed, most flagrantly in the 2019 attack on Portland journalist Andy Ngo, when he was punched in the head, kicked and pelted with at least one “milkshake.”

Rioters of all ideologies are wrong. But CNN’s view of rioting seems to depend on the ideology of the rioters. If you want to defund the police, abolish immigration enforcement, and basically end the criminal justice system? Well, Bell says “that’s how democracy in America has always worked,” in the streets and in the courts. “Democracy” seems to work when a small group of radical rioters get to overrule millions of voters.