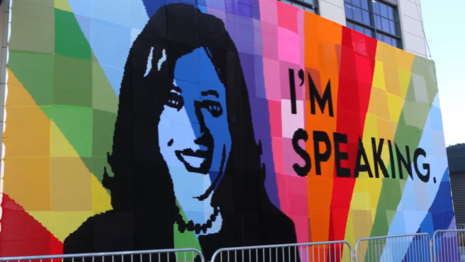 Vice President Kamala Harris is not a controversial figure, not to The Washington Post. They've added a whole staff to champion "diversity and inclusion," and that's Kamala for you, line-dancing backward and forward.

So we get stories like this gem from design writer Jura Koncius: "Vice President Harris is making her mark on the Washington-area crochet scene." This story is so soft, it seems un-Koncius, or has a "giddy" and enhanced Koncius-ness.

Becket Adams of the Washington Examiner nailed the rebuttal:

Yarn borders were the only concern as this valentine began:

When Vice President Harris visited a woman-owned yarn shop in Alexandria last month, she mentioned a little-known fact about herself that left the fiber arts community a bit giddy.

The new vice president is a crocheter.

“I was raised by a mother who said ‘I am not going to let you sit in front of that television doing nothing.’ And so I have crocheted more afghans than I can tell you,” Harris said while visiting the store. “And our daughter is a knitter.” 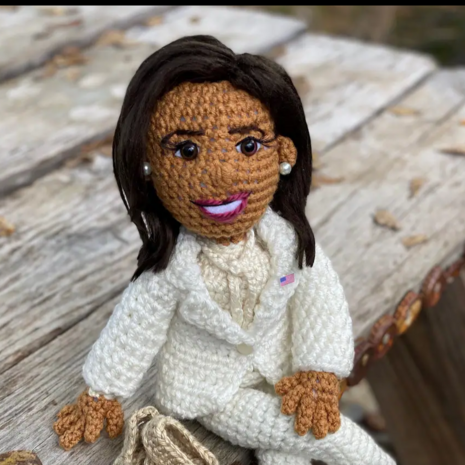 At the shop, Harris learned about a special hand-dyed yarn named in her honor (Observatory Circle, which is where the vice-presidential residence is) from Neighborhood Fiber Co., a woman-owned Baltimore-based business. Five days later, on International Women’s Day, a crocheted mural of Harris’s likeness and the words “I’m Speaking” was installed at the Wharf. And with all the Googling of “Kamala Harris and crochet” craftyiscool.com saw a spike of online sales for a pattern to crochet a Harris doll in the Japanese style of amigurumi. (Amigurumi means knitted or crocheted toy.)

...And Harris’s association with crocheting is huge. “Knowing that the vice president is a crocheter gives me street cred,” says [Allison] Hoffman, who sells patterns for Amanda Gorman and Bernie Sanders dolls, among others. “Now I can say that I am doing what Kamala Harris does.”

While Koncius assembled a huddle of Harris-lovers, there was no Veep comment: "No response from the White House about whether the vice president has brought any of her crocheted afghans to her official residence at Number One Observatory Circle. (Or whether she has any time to crochet these days.)"

If you plop "Kamala Harris" into the Post search engine for the Last 7 Days, there's almost nothing on immigration. Take a peek: 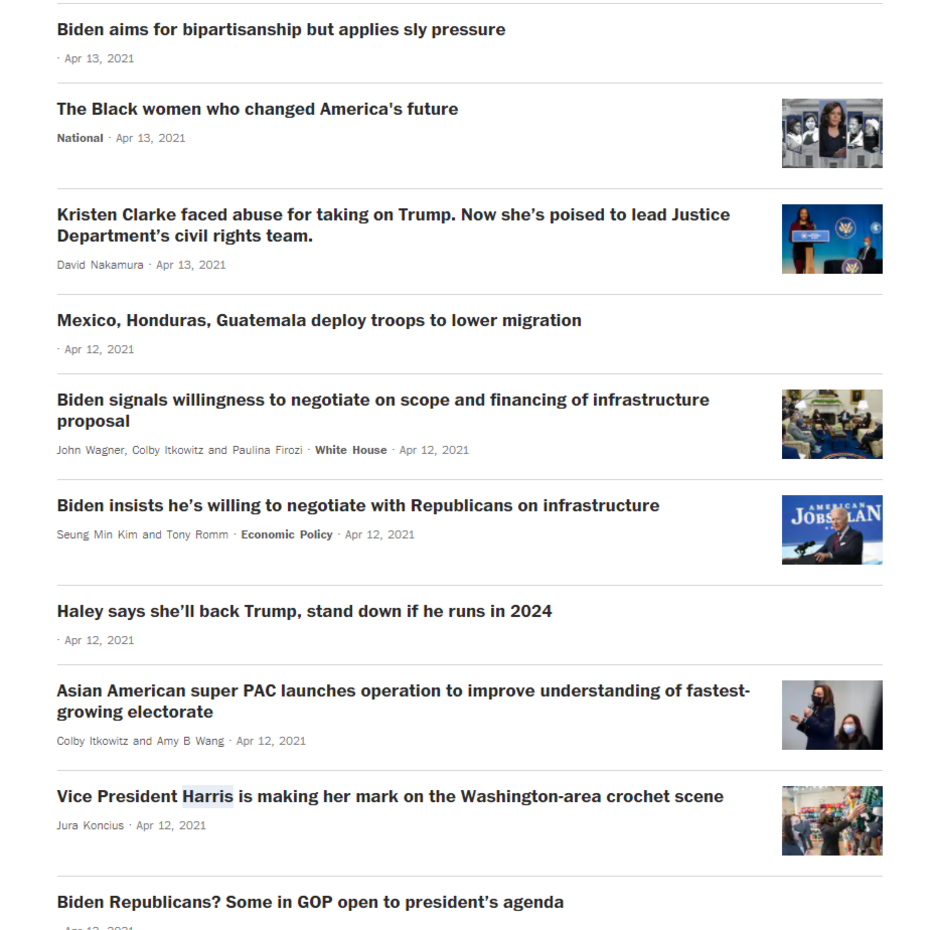 It does bring up one relevant article, a reprint of Associated Press: "Mexico, Honduras, Guatemala deploy troops to lower migration." That sounds vaguely racist. AP's Alexandra Jaffe only mentions Harris in one sentence in the sixth paragraph:

While Vice President Kamala Harris has been tasked with leading diplomatic efforts to tamp down on the increase in migration at the U.S. border, Psaki declined to share details on her involvement with the discussions and said only that the discussions happened at “several levels.”

In other words, "we can't really prove she's doing much."