Just like PolitiFact and other “fact check” outfits, the Reuters Fact Check team tried to take apart conservative arguments against H.R. 1, the so-called “For the People Act.” A Facebook post by Freedom Works made claims Reuters insisted were “partly false” – by finding liberal professors to quibble the fine points. Facebook posted "Missing Context" over the post. 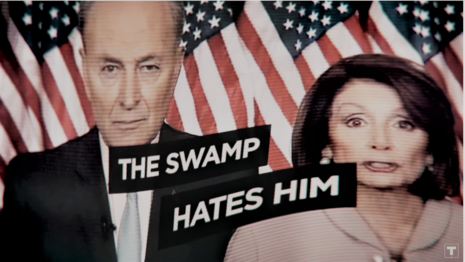 1. Federalizing state elections. Reuters noted former Bush counsel Boyden Gray wrote for Newsweek this law would “be a Washington, D.C. takeover of elections on a collision course with the Constitution’s text, structure and principles—all of which put the states in the driver’s seat.”

Reuters countered:  "Nicholas Stephanopoulos, a Harvard Law School professor specializing in election and constitutional law told Reuters via email that Gray’s argument 'misstates how both the constitutional text and the relevant doctrine address Congress's power to regulate elections.'” In other words, the Democrats are federalizing state elections....but hey, that's okay. This Stephanopoulos used his blogging privileges to promote a new book titled Tyranny of Greed: Trump, Corruption, and the Revolution to Come. But wait! He provided a blurb for the book:

Trump is many things but above all, Kuhner convincingly argues, he is the embodiment of greed. And his rise to power is no accident but, rather, the predictable product of a system that ignores corruption and enables the wealthy to dominate elections. To fix American democracy, Trump's defeat won't be enough. Instead, we'll have to rebuild the wall between private capital and public power."

See how funny it is to call this "independent fact-checking"?

3. Prohibit voter ID. Reuters employs the usual liberal spin. "H.R. 1 does not ban state voter ID laws, however it does stipulate that those who do not meet ID requirements have the option to sign sworn statements during federal (not state or local) elections." Someone can circumvent voter ID by saying "I swear I'm me."

4. Same-day registration. Reuters lets Hans von Spakovsky of Heritage argue “I could walk into any polling place on Election Day, register under the name John Smith, sign a form claiming I really am John Smith, cast a ballot, and walk out.” Reuters rebutted with the National Conference of State Legislatures list of security restrictions in the 20 states that currently use same-day registration.

But ahem, if we've federalized these elections, will state restrictions be cast aside as "too restrictive"?

5. Enshrine ballot harvesting.  Reuters resorted to word games: "If passed, the legislation could still be challenged in court and will not be a part of the U.S. Constitution, meaning that none of its provisions would be 'enshrined.'”

They cited the Washington Post finding that legal collection “requires the ballot to be filled out and sealed before it’s collected,” making it “difficult for someone collecting ballots to change the actual vote.”

They did not quote von Spakovsky of Heritage, who wrote “Neither voters nor election officials can verify that the secrecy of the ballot was not compromised or that the ballot submitted in the voter’s name by a third party accurately reflects the voter’s choices and was not fraudulently changed by the vote harvester.”

6. Funnel appeals into the DC District Court. Reuters concedes this is true, but quibbled with the notion this court is "traditionally Democrat-controlled."

According to their link, right now the court is six Democrat appointees to four Republican appointees…and Biden will have four years to augment it. And just because a judge was appointed by a Bush doesn’t always mean you can consider them a Republican.

Liberal media outlets quibble with conservative social media posts -- and Big Tech slaps "missing context" or "mostly false" warnings on them. This is how "fair elections" are going to work.